Novel Updates
RegisterLogin
Theme
Search
Your changes has been saved.
Advertisements
I Dumped the Male Lead Before the Apocalypse

Home >
Novel >
I Dumped the Male Lead Before the Apocalypse 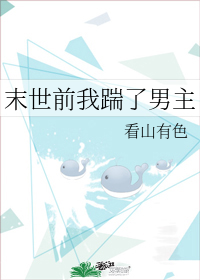 Status in Country of Origin. One entry per line
105 Chapters (Completed)

The system found Tang Tang and brought her to an apocalyptic novel where she became the male lead’s cannon fodder ex-girlfriend.

Before the apocalypse happened, this ex-girlfriend who, after he was betrayed and kicked out by his clan, cruelly humiliated him before their breakup.

After the apocalypse, this ex-girlfriend couldn’t awaken her ability and was finally torn to pieces by the zombies.

Tang Tang worked hard with acting as his ex-girlfriend, after hearing the whole fate of this character from the system. She humiliated the male lead and brutally split up with him. Even if she feels guilty, she believes she shouldn’t get in his way of getting stronger once the apocalypse begins, it was for his own good.

She has completed all her tasks now, so she happily asked the system: Can we prepare the time machine to go home now?

The system, however, spluttered: … That, it’s that…

Tang Tang panicked: What is ‘that’?

The system: Report, host! I received the information that, that your original body is gone.

Tang Tang looked at the close by male lead and cried: Dalao! Wait for me!

One entry per line
末世前我踹了男主

These are recommendation lists which contains I Dumped the Male Lead Before the Apocalypse. You should give them a visit if you're looking for similar novels to read. Alternatively, you can also create your own list.
More Lists >>>

In fact they were subpar.

It is true FL dumped the ML in a very harsh way.

So what at the end of times, you go since you dumped me for being poor I'm going to kill you and make all my friends look down.

It was clearly MC who was nice to ML initially, how could someone change so much and breakup. Maybe there is a reason.

I hate ML friends initially, this is too much. How could he just grab her collar. Is this doing good to ML and acting like friend.

The initial cold reaction of ML pissed me off as well

MC saved him many times. No one actually owes anyone anything.

Both their reactions were ok. MC was guilty. ML downright felt psycho who was suddenly traumatized after everyone betrayed him. I do feel bad for him.

And I also know friends should help others. But the attitude they gave to MC was so shitty. As soon as apocalypse came, they immediately said we could leave her after all it's the end of times.

Then they realised that it was MC who has most of the food.

Frankly I felt like hitting MC on the head when she wouldn't talk back to others because of excess guilt.

But I think the only person she should feel guilty is ML and not give two shots about his bastard friends.

She is too soft. I hate having this kind of opportunitic behaviour.

She gave you food, she suddenly protected you so she's good.

Oh hello, you aren't anyone's responsibility. And no one owes you anything.

It just puts so much off vibe. It's like reading a manhua with too many IQ less characters just for the plot.

Oh well we were wrong about her. We must have misunderstood. She is so nice. Why should she be nice to you cause you are her ex bfs friends. Disgusting!

The first reaction of end of time, leave a girl alone after all it's end of world. It hasn't even been five minutes. ML can say that just for revenge maybe, then maybe all people who have ex should just kill each other in hatred when you get dumped by a gf who likes vanity when you clearly can see there is a lot of difference between previous her and sudden break up her.

ML control them though. You mind your own business. This matter is between us both.

suddenly some man gives him power to enter dreams and he finds the true self of MC.

I tell you I can very much accept that. But what is bygones be bygones!

He should have found why MC said him that while breaking up with him. People will develop a knot or else.

MC could atleast have explained later on but no...

And SYSTEM you piece of...

It was so bad, it used MC as a tool

Well, you got your rotten apple. System gets demoted and cries back to mc

But frankly MC feels too soft of a character.

ML later on became a tsundere or sort of. He didn't say MC that it was a real dream and all...

You know the thrill of romance.

I think I couldn't accept much of it was mainly cause the initial writing felt too much amateurish. You will know if you read. ItsI not bad and you kind of can't find faults in it. Then you get past more than 7 chapters or so and it suddenly dawn's you, ah this concept is quite fine why doesn't it sit well!

The friends get better but I really couldn't care less. The original FL of the novel gets together with 2ML I guess. And she isn't bad till I read it.

Get past the initial stages and when the time of dream comes, atleast it gets interesting.

I won't give a rating cause I am in Angry hulk mode right now. Let me come to atleast a decent part where MC isnt acting all very scared of ML and guilty. Coz damn that's annoying. Just how guilty can you be.

She says one step I don't regret my choice and won't give excuses.

Why rate so low? It is actually very good. The first chapter is just a bitter pill to swallow because it made the MC a complete green tea b*tch. But is wasn't her fault at all. She is under the system control and can't OOC and can only follow the path. Then the accident happen. Her original body was destroyed before she get back, so she has no choice but to live in her current life, regardless of all the mess that the system left her. The MC is quite strong. I... more>> really like her. How she is cold and ruthless on the outside but a complete cinnamon bun inside. I will update this once the novel is completed. Ubfortunately it is still ongoing. I really want to know the ending. <<less
22 Likes · Like Permalink | Report

I like it very much but frankly... hour 1 after the apocalyspe, people are already talking about the end of the days and they are already ready to kill to survive, thinking to ressources ? And at chapter 31, no students are trying to reach out their family. They are in group. Strangers are ready to call the ML captain.... It's really a novel world for sure (in the novel, the start of the apocalyspe was following the FL but still...i read so many very good novel about apocalypse and it's human... more>> nature talking first so it's kind of neglected). <<less
9 Likes · Like Permalink | Report

I was reading a lot of apocalypse novel since the Pandemic break in and this novel is a good reference of how human could be more terrifying than the virus/the zombie itself. ... more>>
Spoiler

Sadly these novel is shoujo, so the story revolve in romance and her good deeds in finishing the end of the day. Everything was okay, but honestly, could have been finer. The ability variety is very wide, not the usual 5 elements (plus light and dark), its very random... they made the FL and ML ability OP, our typical shoujo. What sadden me the most is, the battle illustration is a bit vague... the battle strategy is also not that exquisite. They usually ended the battle just like that. Bam bam boom, end. Sad. Then again, its a shoujo. So lets focus on the romance! The love story is fun and sweet, but I kind of wanna slap the FL. She has inconsistent characteristics when it comes to love. She could be very brave and all, but when we speak about love, she went timid. Sigh. But then again, its the spices of this novel. It making us eager to know their love story till the end.

[collapse]
Go and read it. Its a short 100 something chapter and easy to read. Thanks translator! <<less
6 Likes · Like Permalink | Report

Honestly because the translations keep referring to the MC as a male, my brain is slowly but surely changing her gender bit by bit ;D;
5 Likes · Like Permalink | Report

It was fun. I felt like it dragged a little bit, but for a Chinese novel it wasn't that bad. I like the MC and the ML. The side characters were a little lacking but the overall story was good. I recommend it if you're bored.
4 Likes · Like Permalink | Report

It's very good AAAAGHHHHHHHH I was reading the mtl version because I can't wait anymore and may have confused things here and there because of it was machine-d but the plot was very good!!
Spoiler

[collapse]
ok so this does not count as a review at all hahahha, just plain reaction lolol Anyways, 5/5
3 Likes · Like Permalink | Report

Imma read this to at least ch 50 before I change my rating.... but HERE. This is to Keep the novel from plummeting before it can reveal all the nuances to its story. -Definitely a nice premise though.
3 Likes · Like Permalink | Report

Bruh, I like how the flow of the plot change so drastically XDD. It has a unique main plot were an apocalypse happened right after she finished her job assigned by the system. Oh lil did she know that she'll be preparing for the disaster itself with all of her brain cells wrecking. Lololol. So Far so Good, I like it and I hope it will continue.
2 Likes · Like Permalink | Report

MTL the whole thinng so might be inaccurate. TangTang, the MC, got transmigrated into the book she didn't finished. All her knowledge comes from the system and she didn't care about what going to happened with plot cause she's just a cannon fodder character. but at the last task finished, the system just drop the ball : no, you can no longer go back to your original world.... more>> now, we'll witness how TangTang struggle through apocalypse. With ML she's just dumped and bad people lurking around everywhere. I think this is my first time reading apocalypse that not mention military or government. And it feels so weird but anyway, it made MC journey's difficulty reach its peak. You might think MC and ML got op ability but then other also have op ability too (QAQ) I was kind of on edge a lot reading this book also apart from fighting scene here and there, the plot that revolves around MC&ML doesn't really develop much. But it's ok it's only 100 chapters kind of novel. Though I wish I could withness their relationship growing more. <<less
1 Likes · Like Permalink | Report
Advertisements
Leave a Review (Guidelines)
You must be logged in to rate and post a review. Register an account to get started.

Rin the Rat: Tale of a...
Advertisements