Novel Updates
RegisterLogin
Theme
Search
Your changes has been saved.
Advertisements
I Don’t Want To Be Duke’s Adopted Daughter-in-law 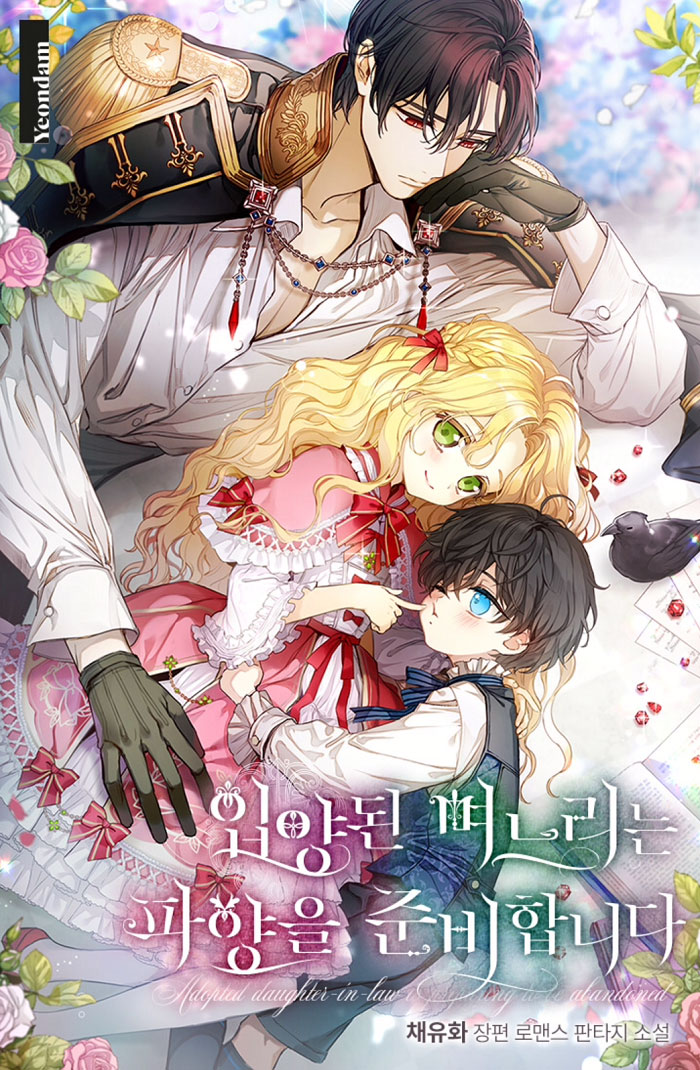 Status in Country of Origin. One entry per line
241 Chapters (completed)

She had possessed the body of the no. 1 villainess, who was terrible for tormenting the boy who entered the orphanage.

‘I thought I didn’t need to be involved.’

…But it’s annoying to see him keep being beaten by other children, so I took care of him a little.

“That kid next to me. That kid is also going to be adopted.”

“Am I going to be a foster daughter?”

“No. You are going to be my daughter-in-law.”

…So, I was adopted with the Male Lead.

I can’t just do this? There’s a separate heroine!

The Male Lead went to war with his new father as scheduled.

When he returns, he will be with the original heroine.

I prepared for divorce and dismissal from the family step by step.

In the meantime, I have earned a lot of money for myself!

“Damian, why are you back here alone? Where are the others?”

Damian’s eyes, who were always soft at my questions, quickly became sharp.

“It’s not right, Ellie. You’re looking for a man other than your husband.”

I looked at my father-in-law to ask for help.

“The same is true of my opinion, Ellie. Cheating on your husband is not allowed.”

I Became The Stepmother Of An Irrevocable Dark Family (2)
Because She Had A Time Limit, She Became The Villain’s Daughter-in-law (2)
A Saint Who Was Adopted by the Grand Duke (1)
I Played the Role of the Adopted Daughter Too Well (1)
I Am a Child of This House (1)
I Became the Male Lead’s Adopted Daughter (1)

These are recommendation lists which contains I Don’t Want To Be Duke’s Adopted Daughter-in-law. You should give them a visit if you're looking for similar novels to read. Alternatively, you can also create your own list.
More Lists >>>

the story is cute the translation feels really MTL so I dropped a star. I think I need to make a folder of Yandere Cultivation by MC's as this fits in the same "I took care of the ML and he became sticky then leveled up to yandere possessive" Chapter 10 is still the Sticky stage with little hints of possessive that aren't that pronounced.
13 Likes · Like Permalink | Report

First of all, it's actually have 25 chapters not 10 and it will still continue to update but somehow it's does not show here. Quite regrettable since I feel like it does not receive much attention is because there are only 10 chapters and probably already been dropped but it's actually not. Anyway, I love the story sooo much. It was so fluffy and sad at the same time. Please give it a try ❤❤.
6 Likes · Like Permalink | Report
Advertisements
Leave a Review (Guidelines)
You must be logged in to rate and post a review. Register an account to get started.

A Sojourn of a Transmigrated Housewife...
Advertisements