Novel Updates
RegisterLogin
Theme
Search
Your changes has been saved.
Advertisements
I Choose You For This Life

Home >
Novel >
I Choose You For This Life 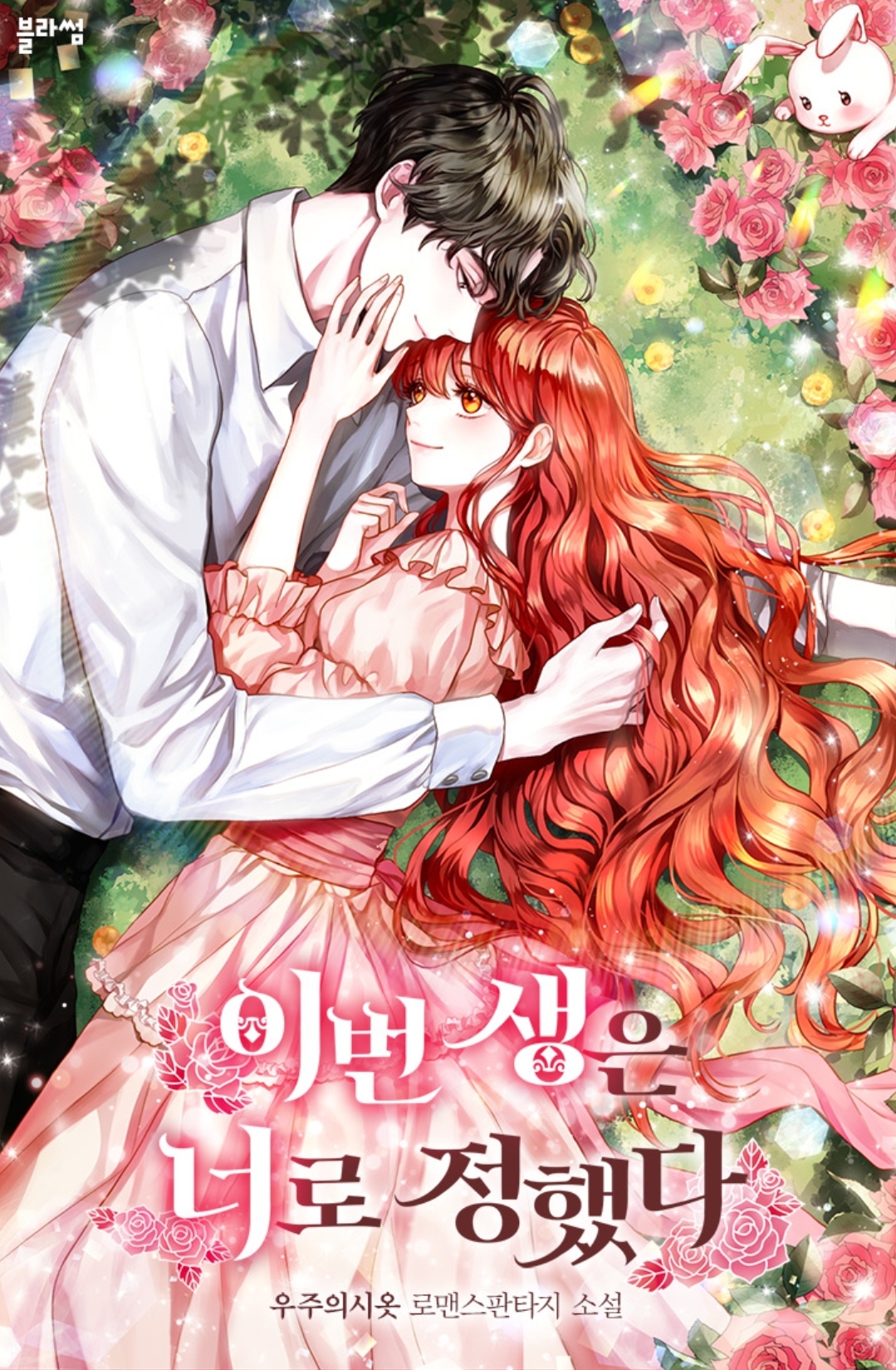 One entry per line
우주의시옷

Status in Country of Origin. One entry per line
136 Chapters (Complete)

One entry per line
Blossom
Kakaopage

She possessed a character in an unfinished romance fantasy novel.

Twelve years of unrequited love, a fragile princess who is expected to die on her birthday, Sienna Stern!

She vowed to survive by overcoming the tragic narrative of the original story.

Then, one day, Sienna gets into an unexpected incident at the library where she was going to collect information.

It was a virtuous incident.

The supporting character in the original novel, Count Dandelion Mont, appeared in front of her.

“I’m about to go crazy at that man’s beauty!”

With dreamlike visuals and loveliness that no one can imitate, Dandelion has become Sienna’s favorite at first sight.

She is determined to make him her own. And so, she starts bombarding him with crazy love attacks.

Sienna is increasingly becoming a special person to Dandelion, who has lived a lonely life for a long time, due to her aggressive approach.

Soon, the two people quickly get close to each other and feel happiness through each other…

Her life plan changed in an instant by this big and precious Dandelion.
Can Sienna be happy with Dandelion as she wishes?

These are recommendation lists which contains I Choose You For This Life. You should give them a visit if you're looking for similar novels to read. Alternatively, you can also create your own list.
More Lists >>>

So far it's a good novel. The transmigrator is actually relatable, she doesn't go around making huge life changing plans and is mostly just minding her own business (enjoying the rich life lol) Both oriMLs are extremely irritating. Current ML is very adorable and I'm loving the interactions between FL and him
3 Likes · Like Permalink | Report

Lovable and sincere couple. I reallly liked the way they always think and respect and each other.
1 Likes · Like Permalink | Report

Sweetest one. ML and MC are so lovable really, no twisted personnalities, so refreshing. I'm so happy Mystical merries picked up this one <3
0 Likes · Like Permalink | Report
Advertisements
Leave a Review (Guidelines)
You must be logged in to rate and post a review. Register an account to get started.

Rise of the Firstborn