Novel Updates
RegisterLogin
Theme
Search
Your changes has been saved.
Advertisements
I Can Turn into a Fish

Home >
Novel >
I Can Turn into a Fish 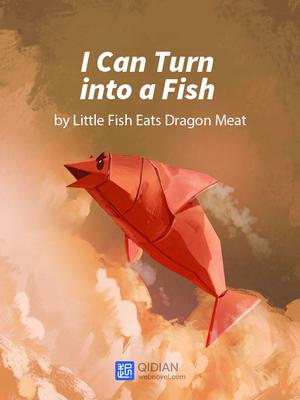 Status in Country of Origin. One entry per line
613 Chapters (Completed)

A chance to change, to challenge destiny, making dreams a reality, and live a legend! A regular man gains a system that allows him to turn into a fish!

One entry per line
我可以变成鱼

These are recommendation lists which contains I Can Turn into a Fish. You should give them a visit if you're looking for similar novels to read. Alternatively, you can also create your own list.
More Lists >>>

"I can turn into a fish... and a cliche xianxia MC as well, " should be the title for this novel. So you came here to look for some comedy? - Then be prepared to lose some brain cells while trying to find it.... more>> Or, you came here out of curiosity for the mc's power? - It's very unique, alright. And he's making the best use of it. Kudo for that. Then you became curious, how exactly would the MC use his power in earning money, fame and success? - Before, because he is running an ornamental fish shop, he sold fishes. But now, thanks to the newly acquired system, he simply makes bigger bucks with bigger fishes. But then, you started to think, why was this man complaining? The MC sure looks like he has full of potentials. - Well, after having his cheat, his very existence revolves around only 3 words:
Spoiler

And what do you know, driver boi family had some influences on the field of fish farms. Fish boi was surprised, even I was surprised, like, NOT EXPECTING THAT AT ALL. Driver boi with his gang wrecked fish boi later newly bought car, fish boi sweared revenge.

"Yo, much plot twists, so dramatic, slow claps, short whistles."

After selling dem 2 fishes, fish boi is rich now! Waifu dragged fish boi to her class meeting (fish boi is graduated while waifu still in college), fish boi got sum tr*sh talks from waifu's pursuers, fish boi aint give a sht, fish boi didn't even flaunt his wealth (wow, so modest). Nah, fish boi only wanted sum fcks. When sum tr*shes came to pester his waifu, streaming palm-reading and shts, fish boi was all like "Okay fam, go ahead", but when streamer boi kissed his waifu hand, fish boi fcked dem up real bad. "Do u know who I am" a tr*sh said, and all those bullshts, and it turned out, what a small world! One of the tr*sh bois has big thighs in the field of... fish, or something like that. Security came, fish boi's friend in the cloud district also came (no its not Nazeem), face-slapping ensued, panties-dropping continued.

[collapse]
So my conclusion is, the MC is simply too drunk on power (he has also mentioned that after having the system, he has already felt like he is above everyone else). And it led to arrogance, hot-headedness, bloated ego, and placing everyone else under him (yes, including his waifu, not mentioned, but the hints are already there.) <<less
64 Likes · Like Permalink | Report

Cheap growth. As someone who enjoys system novels, the concept at the beginning was interesting. A goldfish store owner who gains the ability to turn into fish and change/control fish bellow his level, levelling up by consuming large numbers of fish. The growth at the beginning was gratifying with fast development, as he changes his fate and remodels goldfish to sell to the rich. However, the storyline soon became repetitive and cheap. As the protagonist primary goal in life seems to be to gain wealth and flaunt wealth. He sells countless... more>> fish as 'high quality products' and is proud of his 'hard work' and achievements. Although it may be more accurate to call him a con-man, who puts in little effort to gain mountains. The fanfare reactions are killing me inside and his character is overall simple in thought process. Everything works out for the MC and the only problems he faces are problems he causes himself when the side characters are 'arrogant', so he must pay back one wrong done to him by a thousand fold. I feel my IQ dropping as the chapters progress. Dropped. <<less
19 Likes · Like Permalink | Report

Imagine a useful version of Aquaman if he owned a fish store lol. the book seems good so far, I love the comedy and the protagonists personality. I hope the plot develops a little more though other wise it may become a little repetitive. High hopes though!
11 Likes · Like Permalink | Report

The story is interesting to read. Not much going on. It's more of a slice of life. MC gets super powers, he exploits it and turns stronger. Secondly, everythung goes the way MC wants. So you don't have lots of 'RL' problems which you would face while doing such a work. Still in the early chapters and the story has just started. So will need to see where it goes And finally, please do keep in mind, that this is a fiction. Rearing fishes, especially ornamental fishes is quite expensive and also extremely... more>> difficult. Even simple fishes like guppies require proper handling. Ornamental fishes are rare, because of of their breeding conditions. You can't simply put them in tap water or lake water and be done with it. Some fishes require special handling, proper pH level, oxygen level, salt level, temperature, lighting, aquarium and even the source of water matters. So the author basically doesn't knows much about fishes and is simply shooting in the air. The translation quality is quite good. That's it for now. Cya. <<less
9 Likes · Like Permalink | Report

Amazing novel. Loved the idea of this and the fact that MC actually has a good relationship with his girlfriend. Too bad the translator just disappeared after unstable uploads for months.
1 Likes · Like Permalink | Report

I first read this at June 2019. It was great from c1 to c30. After that it went downhill. Honestly, I didn't think my patience and brain cells would last until c160. It became a mess. The concept was good great even. Its not completely different, just refreshing. I mean, this is the only novel that I've read about transforming into a fish in a bg genre (if it's a genre). The characters are honestly bland. No difference. The MC is probably a bit different because his head is up his ass.... more>> I'm not insulting MC, I'm stating a fact. The love interests, if I can call them that, is too generic. The plot (I didn't see much plot, if anything, what I read was a messy jumble of situations) became haywired. It was as if the novel was trying to be a counterattack/xianxia novel. I think it got confused on what genre it was supposed to be. I MTL'ed this, just so we're clear, so I know. I'm not a fan of harems but I decided to give this a chance and it failed. I can't type how much this disappointed me because I went through all that waiting and wasting my time, patience and I.Q. To the author, you're concept and ideas are good, I just hoped that you didn't generalize you're novel and you're characters because that don't deserve that. Still thank you and it was a fun read. I hope to see more works from you and for inspirations to always come. To the translators, this is a super late review, but thanks for sticking until c160. It helped a lot. Hope to read more works translated by you guys! <<less
0 Likes · Like Permalink | Report
Advertisements
Leave a Review (Guidelines)
You must be logged in to rate and post a review. Register an account to get started.

The Unified States of Mana
Advertisements