Novel Updates
RegisterLogin
Theme
Search
Your changes has been saved.
Advertisements
I Can Speak with Animals and Demons

Home >
Novel >
I Can Speak with Animals and Demons 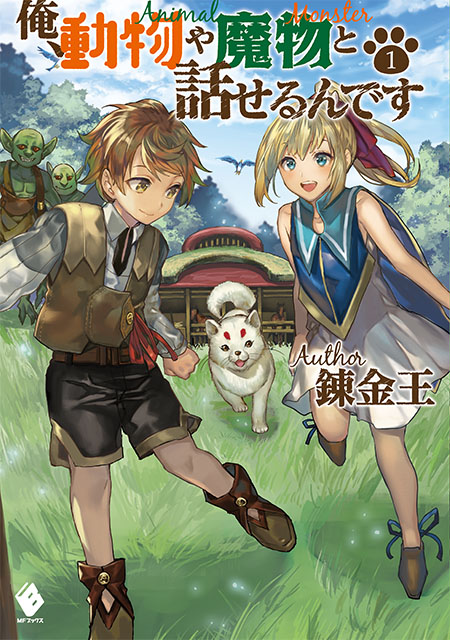 Status in Country of Origin. One entry per line
84 Chapters (Dropped for LN)
3 LN Volumes (Complete)

Akira Wato, who had a slip of tongue abroad, caused a foreigner’s wrath and unfortunately hit his head and died.

The word was “fight”, although it was form of encouragement stemming from good intentions. (In japanese)

The goddess, who was sorry he died, decided to have him reincarnated in another world.

Lamenting on the language barrier that caused his death, Akira receives one ability from the goddess.

Fortunately, Akira is reincarnated as a nobleman, the third son, Jed Clifford.

One day Jed notices a voice.

It ’s not a human voice but the voices of animals.

Jed, who can talk to joyful animals and even monsters such as goblins and orcs, is involved in every problem.

“Me too! Did we become more intelligent?”

Such a slapstick comedy.

One entry per line
Ore, Doubutsu ya Mamono to Hanaseru n desu
俺、動物や魔物と話せるんです

These are recommendation lists which contains I Can Speak with Animals and Demons. You should give them a visit if you're looking for similar novels to read. Alternatively, you can also create your own list.
More Lists >>>

The Japanese feeling is good but there's no fresh ideas or even a plot.. Its indeed a typical s*upidity dense main character with a harem... honestly I don't know what to say when seeing stories like these. You can find them anywhere. Maybe WNs are dying. Its not like it used to be when it was Driven by well written and inspirational ideas. It had potential definitely but just wasn't used right. What a waste.
18 Likes · Like Permalink | Report

I am enjoying the story so far. The MC might have died in a pathetic way, but I think it's fundamental for the story to commence. At this point, there's not even a harem yet, so i'll withhold my judgment as to that. But overall, this novel is interesting and refreshing to me as well. Thanks for this translator-san :)
6 Likes · Like Permalink | Report

This is kind of a hilarious opening. For one, it's nice that the Japanese author notes the difference in meaning between the Japanese "ファイト" and "fight", but the "Skinhead's" reaction is way over the top. I don't know what it is, but foreigners in Japanese novels always seem to be either hyper-aggressive or literally a duke or baron or something. I mean, we don't just go punching anyone who yells "fight". Middle-schoolers would be an extinct species. Other than that, seems alright so far.
4 Likes · Like Permalink | Report

I don't require the protagonist of every novel I read to be a genius, but one that lives for five years with his mind and memories of his prior life intact ought to have discovered that he was hearing the voices of animals a long time ago. If the MC is having trouble carrying the story then how about the side characters? So far all the male characters that have been introduced are weak and/or incompetent and only the female characters have any personal agency. This story has too many red flags... more>> for me to continue reading. It doesn't help matters that the first translator tried to literally translate the honorifics resulting in train wrecks like this sentence: "Jed? The older brother didn’t say anything?" I'd rather read MTL than that. <<less
0 Likes · Like Permalink | Report

What s*upid way to die indeed~ It has this typical Japanese novel vibe with the potential harem and s*upidity of the male lead. It has a potential to be worth the read though, looking forward to new chapters~
0 Likes · Like Permalink | Report
Advertisements
Leave a Review (Guidelines)
You must be logged in to rate and post a review. Register an account to get started.

Reborn on a Systemless Earth… With...