Novel Updates
RegisterLogin
Theme
Search
Your changes has been saved.
Advertisements
I Can Read Minds But Will Not Be Marked

Home >
Novel >
I Can Read Minds But Will Not Be Marked 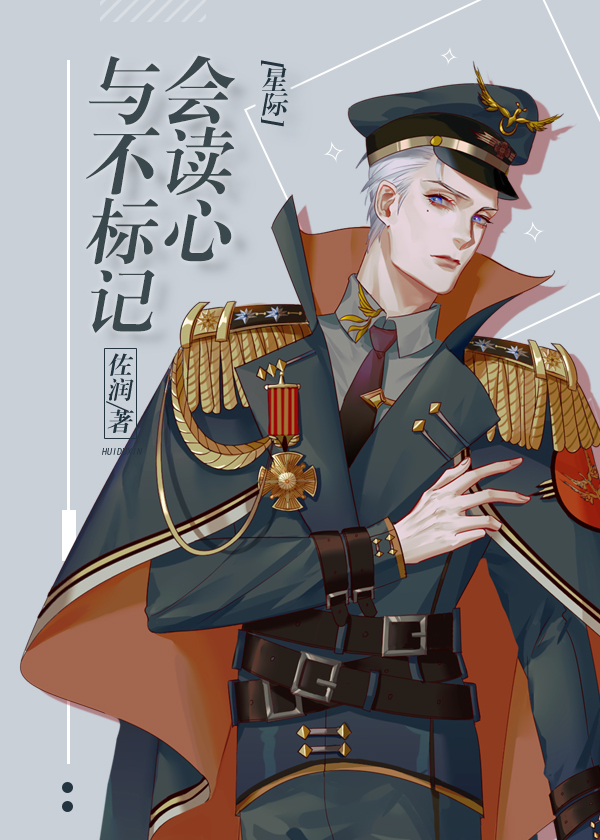 One entry per line
佐润

Status in Country of Origin. One entry per line
132 Chapters (Completed)

Lin Han, the best Omega of the Empire, was the core mecha designer of the National Military Academy. In addition to his amazingly high concentration of pheromone and spiritual power, no one knows that he has also awakened a bizarre ability – mind reading.

Just putting his hand on someone else’s hand, he could know what was in the other person’s mind.

The situation in the empire was changing and the storm was coming, and Lin Han, as the most outstanding mecha designer of the Military Research Institute, met with that high and mighty general of the empire. Lin Han had to take off his gloves and shook hands politely with this cold and icy male god of the empire.

The youth coldly lowered his face and drew back his hand expressionlessly, ‘Sorry for the intrusion.’

“Let me imagine that among the stars, there is a star that is guiding my life through the unknowable darkness.” –Tagore

One entry per line
会读心与不标记

These are recommendation lists which contains I Can Read Minds But Will Not Be Marked. You should give them a visit if you're looking for similar novels to read. Alternatively, you can also create your own list.
More Lists >>>

What happen when an indifferent and socially awkward man meets a socially awkard man with negative EQ? Nothing... or a laborious read. (c) other reviewer of this novel. No truer words were written about this novel. 17 chapters in and barely anything happened. The novel mostly consist of long-winded descriptions of... everything. Instead of using a couple of words to accurately describe what is going on/what characters think/feel the author goes on and on and on. It adds nothing to the plot or characterisation. I makes reading this novel feel like... more>> a chore. It would've been a good novel if you throw out all this unnecessary stuff. A novel no longer than 50 chapters. <<less
1 Likes · Like Permalink | Report

So I liked the combination of both a socially awkward MC and a socially awkward ML. They both grope their way along, neither of them knowing much about lover or relationships until they stumble into each others arms. Both the characters were nicely developed - important because they are the main focus of the story- the few side characters are distinct enough to have personalities. I was impressed that the author worked the mecha elements into the story beyond a battle scenario or building/practicing with the machines. I also thought the event... more>> where the MC and ML make a lot of progress in their relationship (not giving spoilers) was well done. I can say, as a person who knows nothing about war tactics, the author managed to convince me that what the Alliance did to fight off the Zerg was well thought out and executed. There was enough world-building to enhance the plot without drowning it. I always appreciate that. Anyway, this is a nice, quiet romance with some big action sequences that make you appreciate awkward people. Enjoy! <<less
10 Likes · Like Permalink | Report

This novel is good if u read it till end and u might be confused about few stuff here and there as they will be revealed in the end MC and mls relationship is slow burn the environment ML grew in and also ... more>>
Spoiler

1. MCs mom was kidnapped by a lunatic scientist (she was already pregnant with the emprors child thats our MC) and was tortured

2. She didnt reveal about MCs dad until her death she only left a chess piece which was given as gift by emperor

3. Emperor didnt marry another queen, the queen mentioned by netizens is from side branch 🤔or his bros wife not sure (i forgot read long back lol) emperor loves only his 1st love and never married

4. MC got his powers from his mom that lunatic scientist ythoight MC was his son lol but hes not and one of his hinch man wanted to use MC as test subj which was discovered by ML and killed those henchman and forcibly sealed of his (ml) memory so as not to hurt MC but he falls in love with MC even without his memory so sweet

5. The main villain is that scientist he fused zerg genes into himself which made him crazy and do all those stuff

[collapse]
the suspense to know the villain really made me hooked with the story i like that small black creature its a cutie ML is a gd person hes just lil coward to face his feelings which makes him more life like? yeah felt bad for ppl who died but dun worry they have seperate fanwai for them and unnecessary killings read until end to know what really happens 😬 anyway loved this story definetly give it a go ☆~☆ also the fanwai with parallel world is my fav ♡~ <<less
9 Likes · Like Permalink | Report

I'm conflicted about this novel. It is well written with a decent plot but I'm annoyed by the ML, not enough to the point of hating him, just annoyed. MC is a very straightforward person and I like him. ML is emotionally surpressed, I feel like his EQ is just not there, and there were dub-con kissing (s) while MC was passed out but he never responded to MC's feelings and I'm just annoyed instead of finding it cute. Maybe this is what majority of readers like, unfortunately I'm not one... more>> of them lol.
Spoiler

Also lmao everyone just died for no reasons in this novel. I'm done. Like at least give it a decent reason why this chara have to die etc etc but their deaths often don't make sense or contribute anything whatsoever to the plot then suddenly boom romance.

[collapse]
The author puts romance in weird places, which puts me off a bit. At this point (chapter 60) I just started to skim through the novel just to see the ending. I think if you are into this genre (Interstellar ABO with emotionally surpressed yet NOT annoying ML) you would enjoy "O Pretends to be B For The Violent Admiral" more. <<less
6 Likes · Like Permalink | Report

I would rate it 2 stars, but I'm not far in the story, so I'll abstain. What happen when an indifferent and socially awkward man meets a socially awkard man with negative EQ? Nothing... or a laborious read. I felt there was nothing in this 13 chapters I read, no story, no interactions and nothing interesting. Not one character we met was worth a little curiosity.... more>> MC: indifferent genius with a friend/colleague who is there to tell him to eat, sleep,... ML: cold, silent, super powerful general with negative EQ who must have a nice and trustworthy adjutant like all the cold general/marshall... <<less
4 Likes · Like Permalink | Report

So far so good! This is a slow burn and to some the plot might be slow too. But I'm actually enjoying it because the author takes their time to slowly picture the MC and ML feelings. They are both not sure of what they feel since they are pretty much socially and emotionally awkward. But they have this sincerity from the start were they want to reveal how they feel once they got it figured out. Some might not like it but this actually feels nice because they want to be sure... more>> about what and how they feel about each other before being hasty in their decisions but they don't try to stay away from each other because of it. It's interesting to read the feelings in each other's point of view. It makes them feel real with their fears and insecurities. MC is more straightforward with his actions. He tries to understand ML through his mind reading which makes him feel guilty but he also wants to approach him sincerely. His thoughts are reasonable and also frustrating but that gives him life. ML is cold and efficient in his daily life as a general but really slow emotionally. He's not dumb or acts dumb about it and he tries to figure out his own feelings instead of ignoring them. He does feel pretty pure about his thought process in a sense that he never experienced this type of things before meeting MC so you see him acting insecure about going near him but also the eagerness you feel in those actions is wholesome and MC knows that ML seems interested in him so while trying to unravel ML feelings MC seems to also develop his own slowly. Tl is doing a great job and they're basically uploading everyday! Although, so far where I read, they are still not together (c51) you can feel the care for each other each time they spend their time together. Gonna update once I finish the novel! <<less
4 Likes · Like Permalink | Report

Can't say much about the novel since I've only read the first few chapters. It is good and not hurriedly written. But Don't know if I'm gonna continue since the MC doesn't suit my taste. He can read mind by directly touching (skin contact) a person and I find it unreasonable for him to suddenly show that he is pissed to ML. It's unfair to ML since the ML doesn't know the reason why the MC suddenly gets mad. Also, the MC is not in his teens so showing that attitude... more>> is unreasonable. <<less
4 Likes · Like Permalink | Report

Its not bad. I liked the beginning but then it kinda got stale fast. Theres pretty much no drama besides some subplot about trying to kill the ml. MC is a very introverted guy who prefers to work on fixing mecha in peace. Hes pretty frail and due to his workaholic tendencies, often needs to be checked on to make he eating and sleeping properly. ML is the badass general whose like the greatest mecha pilot ever. ML is seriously emotionally stunted and doesn't know how to properly express emotions but is... more>> too far gone to bother attempting learning. (He is doing dance lessons so I guess he is technically somewhat trying) His cold demeanor is intimidating to everyone he meets. Unfortunately he is so intimidating that nobody challenges his authority (unless you count that s*upid subplot no-one cares about) or tries to take MC and it makes the story boring. <<less
1 Likes · Like Permalink | Report

So romantic! This is the beauty of falling in love. 😍 It's a BL novel filled with romance, mecha, interstellar, ABO and ohhh conspiracies. I love the ML. He's absolutely cute in so many ways and there's something about him that just makes you want to dote on him. He's a cold general, according to the populace, but we get to see the cuter side of the general. He's someone that I can shout "Best Boi" to. The MC is remarkable. He's weak but he's determined. In the relationship, he's the one... more>> who takes the initiative and it's just amazing how the MC and ML's dynamic works. I also love the mind-reading ability because the ML's inner thoughts are just too funny. Although this ability wasn't used much except on the later chapters. I didn't get to finish the work as of this review because I was having server problems. I'll update this review after I complete it. Rating as of now, 4.8/5. <<less
0 Likes · Like Permalink | Report
Advertisements
Leave a Review (Guidelines)
You must be logged in to rate and post a review. Register an account to get started.

MMORPG: Rise Of The Demon's Legacy...