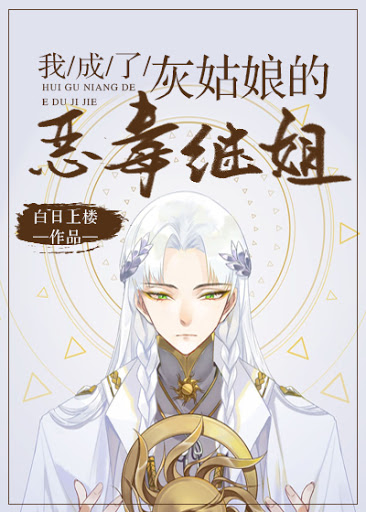 One entry per line
白日上楼

Status in Country of Origin. One entry per line
181 chapters (complete)

Liu Yu woke up and discovered that she had transmigrated into the novel she read before she went to sleep.

She became the vicious stepsister of Cinderella, the protagonist. Early this morning, she had let her cat bite her sister’s Eurasian collared dove. At night, she had ordered someone to gouge out the eyes of a helpless young man. The young man turned out to be the reincarnation of the God of Light!

Her future was bleak, her blood will be sucked dry, and then she will be hung. Liu Yu weighed her options:

1. The Duke of Dark Night was already smitten by the beautiful and kind Cinderella.

2. Prince Carlos has been searching all over the world for the owner of the crystal shoe. She should give up on him.

3. Only the God of Light had yet to fall for her younger sister’s charms.

Liu Yu looked at the young man who just had his eyes gouged out because of the original owner of the body. He had lost his memory and was currently in a dire strait. Liu Yu used a high-pitched voice and said, “My God! How could someone do something so vicious to you?”

The helpless young man: “Are you the one who saved me?”

When I fell in love with her, I truly thought she was the kindest, gentlest, and purest girl in the world.

The God of Light, Gaia:

I have never seen a woman in this world that could be more vicious, more hypocritical, and more absurd than Bellia. She could tell me that she loves me while she dug my eyes out. I wanted to kill her but couldn’t do it in the end.

This is a love story that begins with deception, and then love, followed by the woman chasing the man, and then the man chasing after his wife.

One entry per line
I Became Cinderella’s Evil Stepsister
我成了灰姑娘的恶毒继姐

I Swear I Won’t Bother You Again! (1)
Don’t Concern Yourself With That Book (1)

These are recommendation lists which contains I Became Cinderella’s Vicious Stepsister. You should give them a visit if you're looking for similar novels to read. Alternatively, you can also create your own list.
More Lists >>>

Well, the MC is truly a villain; Selfish, Ambitious, greedy, and hypocritical. Very similar to a concubine in ancient China. If the ML wasn't indulgent to her, she would have died 100 times over. The story mainly focuses on the MC trying to survive by making the God of Light fall in love with her all while seeing the fanatical worship the world has for him. And she comes to hate their narrow-mindedness. Ultimately vowing to break the order. To be honest, writing this type of "anti-hero" is really difficult because you either... more>> make them completely black or redeemable. But the way the author wrote the character...I really couldn't like her. At all. Why? Well, when you think she shows development and becomes hard hearted she just goes back to how she used to be.
Spoiler

Throughout the first part of the chapters, the author shows how cunning and manipulative the MC is by explaining that she won't let fate control her, this world is cruel to those who dont love god, she won't fall in love ect...

With all this explanation, the reader gets a sense that the MC is very determined and hard hearted.

But reality is very different. The MC, Belia (Li Yue) uses machinations to get what she wants but then she wants more things. She gets greedy and then resorts to using the G.o.L (god of light) again even though she says she truly loves him.

But then when her mother is burned at the stake for heressay, an important turning point in her life, she kills the initiator and the text says "something broke inside me too" but she just goes back to how she used to be.

Mind you this event happens right after she realizes that God is too indifferent. Like WAY to indifferent. So it really speaks volumes when she goes back to being the same way despite being set on a goal. At this point it really shows how hypocritical she is.

[collapse]
To make it worse, I feel like the author uses the MC's "excessive" beauty and "no one can't accept if he does this because of his face" as an excuse to move the relationship between the two leads along. Additionally, there's a lot of beliefs in the story that are contradictory don't make sense. I'd like to elaborate but this review would be too long. Anyways, at the end of the day, this story is fiction so take my review as you will. Enjoi and Adieu! P.s. I would have believed it more if the ML was written as the jade emperor with how overbearing and controlling he is. Its difficult to apply Eastern values to a western setting for a lot of reasons. <<less
17 Likes · Like Permalink | Report

Seriously this novel is fun, the fML is viscous in a way to escape death. She gives a candy and a slap at the same time. Calculated the god of light at the back of her hand. The god of light was eaten dry by belia??????????I really love her back and forth. ML was calculated but couldn't break the formula when he was not recorvered.
10 Likes · Like Permalink | Report

I was surprised to find out that this Chinese novels setting was European. It's the first time for me, I always read Chinese novels that are either set in ancient or modern China. So this is really cool. Korean and Japanese wn already did those European tropes, we already read countless ones. I guess Chinese novels are welcome to join the trope as well ?. I'm definitely looking forward to how this story will play out. Very fun 1st chapter.
6 Likes · Like Permalink | Report

I really reallyyyy love this story. The MC is not the typical innocent female protagonist with a cheat power or anything, she strives hard to overcome cinderella's 'heroine halo'. She is vicious and tricky and sometimes downright evil. XD But she is so beautiful as well. The ML is.... At one point kinda started hating him :) He gets better, but at the very very end, and sometimes he is cute but he breaks her heart too many times. [At one point he protects cinderella instead of MC even though MC is... more>> his lover, and so MC loses her whole left hand. :) :) :) ] <<less
5 Likes · Like Permalink | Report

This is really good, the MC is vicious, manipulative and full of deception but I love her soo much, the ML is the perfect god who was kind but also extremely cruel, he can't love as he is the creator of all beings, but he will also change. The oriMC is pure hypocrite who will turn black in the long run. I finished this two day straight staying overnight despite my work haha, the beginning of this story have a different feelings from any other Chinese novel, it... more>> kinda feels like Japanese or korean idk why though, but regardless of that if you like: antihero MC that will turn good, possessive ml, slow romance I recommended this!! <<less
4 Likes · Like Permalink | Report

I read this novel on mtlnovel and what I can say is that even when the translations is not that good but it's understandable. The MC is very vicious. Really vicious and tenacious. She's really determined to live so she's doing everything she can. I love her viciousness. I fell in love with the ML especially when it was explained everything he done for the MC... Damn... this made me cry so much that I thought this was a tragedy but no. I'm so in love with the story that... more>> I just had to create an account and leave a 5 star review. If you are not that picky with grammar's and such, I recommend you to read this story since it's already completed on mtlnovel. <<less
3 Likes · Like Permalink | Report

This novel was a really rough journey. Even if it ends with a happy ending, I still consider this as tragedy. There was not a time that I needed a break from it because you can't just binge read it at the go. You will need to keep your emotions in check. They will hurt each other so much it reached you. A human's selfishness, possessiveness and greed will be highlighted throughout the novel and how a God reacts to them. This novel might even be blasphemous but just remember... more>> it is only fiction. You will feel frustrations and anger along the way. Frustration to the both of them. It is just so full of drama. <<less
2 Likes · Like Permalink | Report

While I'm only on chapter one, the premise is very interesting! The translation is nice and easy to read and our FL is shaping up to be likeable. I especially like the Cinderella story twist going on. I've never seen that done in a transmigration novel before!
2 Likes · Like Permalink | Report

The FL falls into antihero protagonist... She is somewhat vicious+very cunning... In the first half it was very good but later it became somewhat flat.. And this novel's God is really very easily manipulated which I found somewhat strange... But overall it's a great novel with a white lotus+green tea+black belly +etc. antihero combination female lead ??
1 Likes · Like Permalink | Report

Originally takes a manipulative route to survive, gets greedy, jealous, and dark so she's not an "innocent trapped in a villain body" she becomes a different breed of villain all on her own. Genuine baddie.
0 Likes · Like Permalink | Report

What I can say here. Our FL sure is a very cunning woman. She does everything by hook or by crook to seduce ML's heart. Who wouldn't do that right especially in the risk of their timely death if ML recover his memory. Their relationship in the early chapter are a bit too painful for me to read as our ML heart is simply impenetrable. And he sure treat her as a disposable existence in his mind. What dog blood relationship I'd say. But I still can't help to dearly... more>> love this novel. <<less
0 Likes · Like Permalink | Report
Advertisements
Leave a Review (Guidelines)
You must be logged in to rate and post a review. Register an account to get started.