Novel Updates
RegisterLogin
Theme
Search
Your changes has been saved.
Advertisements
I Am The Last Villainess He Has To Kill

Home >
Novel >
I Am The Last Villainess He Has To Kill 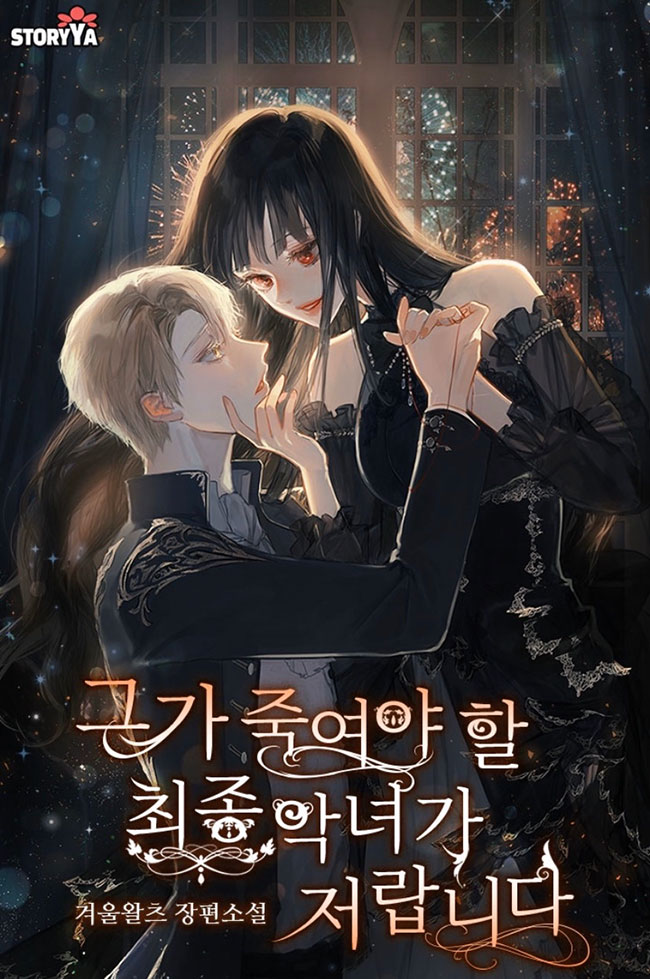 One entry per line
로판

One entry per line
Ryo
료

Status in Country of Origin. One entry per line
6 volumes (Complete)

One entry per line
Naver
StoryYa

When you have possessed a character in a novel, even a wicked woman is possessed by aristocratic love.

She possessed the final monster the male lead has to kill, the devil’s daughter.

The Maas whose basic base is kidnapping and murder.

Hang in there, just play the role as the original and go to the next novel!

God, can there be such a coincidence? I can’t believe I’m picking up a man.

Besides, what eight-year-old Kiel says is unusual.

“Hey… I’ll raise you hard, so come and kill the devil’s daughter later.”

He appeared like a ray of light on the dark mausoleum.

You have to kill me like in the original.

“I’ll do whatever Bella wants, so… come next to me.”

He’s becoming more and more obsessed with me.

His slender fingers grazes his knuckles, touching his deep heart.

These are recommendation lists which contains I Am The Last Villainess He Has To Kill. You should give them a visit if you're looking for similar novels to read. Alternatively, you can also create your own list.
More Lists >>>

Our Devil Princess has such a likable character, she often bickers with Zhanbar (her side-kick) and slices him in half when he becomes too intolerable. Our Hero has such a cute chubby fluffy adorable genuine sweet personality. I'm suffocating from all the fluff. This story is a real gem and most importantly (for avid novel readers) unpredictable, it's a shame that the upload speed is snail-paced.
24 Likes · Like Permalink | Report

Before I talk about this novel, Dear translator, please continue to translate this novel it's too good for me to drop it.
Spoiler

Okay, so the novel is cute. We got a FL who is quite reckless but quirky, shes cute but funny. The ML, well it's not that he forgot anything but rather he comes off as dumb by coincidence, hes just a vulnerable insecure little guy.

Anyways the story is about the FL who died at a young age and while waiting for her turn to reincarnate she was asked if she wanted to go try their new system. Which is her going into novels that she has read while she was waiting for her reincarnation, play the role of her character without any "mistake" and go to a new novel. Lol, our FL here was too impatient and caused trouble for herself and so the first few chapter is her finding her "peace" before her death, ML killing her, in 10 years. She meets our ML and took him in without actually knowing it was the male lead himself. After she knew she tried her best to take care of him but at the same time try to make sure the plotline doesnt go awry because of what shes doing. She even considered abandoning him somewhere so that the plotline wont go awry.

In the end she kept him because he begged her to let him stay. He promised her that he will try his best to groom himself into something yummy for her to eat. Lmao, he said that because one of the demons that went with her was always asking if he can eat the ML. The FL was so fed up with this demon cause all he talks about is gore and she hates it so much cause her reason of leaving was because of this exact reason, all the gore just doesnt suit her taste so she wants to find her peace, fairytale, butterfly's and fairies. Loll

There are times you'd think the ML lost his skills but no he didn't, he was just trying to curry favor with FL because of his insecurities, while at the same time also try to understand her actions. Only because he wonders why she would keep him if shes going to treat him as a prince and not a s*ave. So hes not used to being treated so nice so he tries to checkout our FL but it comes off as hes illiterate or dumb. So this in turn makes our FL weak against him because shes thinking in her head that hes got it so bad when he was young. Lol, just some cute but good misunderstanding.

[collapse]
Lol, I separate this one because this is part of a scene.
Spoiler

One thing I like a lot is that she beat up a ghost even though the ghost was dead. Lmao, she wasnt scared of it but instead she went ballistic and beat the brain out of the ghost because it was bullying the ML. Well, it was a cliffhanger but I so want to read more to see how the story will play on.

[collapse]
It's a fun read so I hope they continue to translate this novel.
22 Likes · Like Permalink | Report
Advertisements
Leave a Review (Guidelines)
You must be logged in to rate and post a review. Register an account to get started.