Novel Updates
RegisterLogin
Theme
Search
Your changes has been saved.
Advertisements
I Am Overlord

Home >
Novel >
I Am Overlord 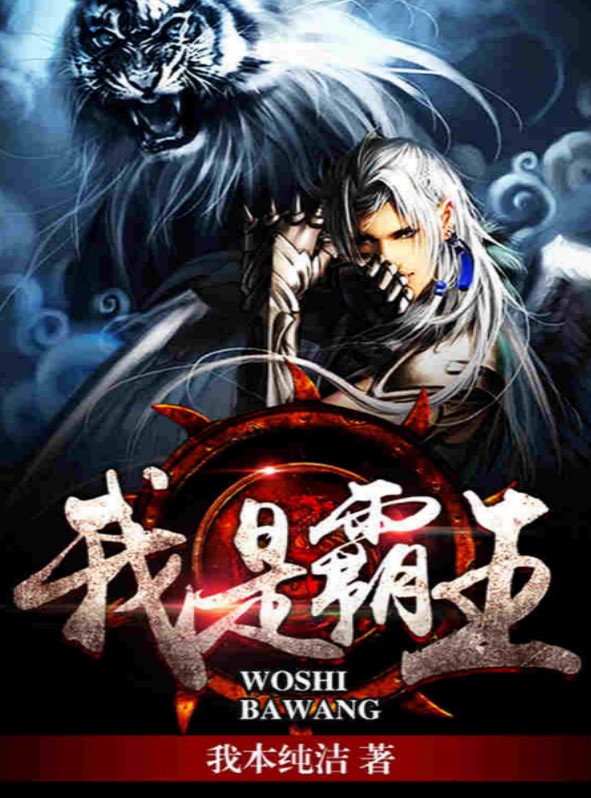 One entry per line
I Am Pure
Wo BenChunJie
我本纯洁

Status in Country of Origin. One entry per line
1833 Chapters (Complete)

Xiang Shaoyun is the young master of an influential and powerful sect and is blessed with an extreme latent talent in martial cultivation. From talent comes confidence, and from confidence comes a declaration to give all the so-called geniuses a head start of ten years before catching up to them.

Ten years later, Xiang Shaoyun appears at a tiny sect of a tiny town. Betrayed and disgraced by his own sect, he is penniless and powerless, his cultivation level lower than his peers’ due to the ten-year vow. Now to reclaim the glory he once had, he must climb to the top from the very bottom.

Witness and join Xiang Shaoyun’s adventure in his rise to glory.

These are recommendation lists which contains I Am Overlord. You should give them a visit if you're looking for similar novels to read. Alternatively, you can also create your own list.
More Lists >>>

Definitely worth a read if you're a fan of "mainstream" xuanhuan! The story is well-paced, the characters the MC meets are interesting and there's a healthy dose of lucky encounters and enemy slaughtering. As for whether the MC is too OP or not, that's a matter of opinion. I like OP and lucky MCs and so if you do too then I'd give this story a go. I personally don't read this stuff to see the MC struggling endlessly for pitiful gains. I read this stuff to watch the MC slapping faces, snatching... more>> treasures before anyone else can and sending a**holes of every size and shape to Granny Meng for their hot bowl of soup. <<less
15 Likes · Like Permalink | Report

Start was somewhat funny, but the story quickly deteriorated: MC has far too many cheats and talents - it's just not interesting to read how MC is training some skill when you know he is going to use it for 1 or 2 chapters at most and quickly replaceit; and neither is it interesting to read how much weaker opponents rush to their deaths by attacking him.
13 Likes · Like Permalink | Report

if you dont mind the same old stuff, its pretty good. the author has good enough writing skill to keep it interesting. I like it but its nothing new. if you like MC that attracts most women to him, is extremely talented, has extreme luck, loyal subordinate relationships, a harem, non blood related sister with a brother complex, a revenge plot, lil white, lil silver, demonic beast bros [silver might be a sis though... ]. sworn brothers and sisters, missing father and supposed dead mother but possibly not dead just... more>> with an extremely strong clan and was enemies with MC fathers like wise extremely strong clan. MC dad left the clan for her and started his own sect [pretty powerful as well] and its the thing MC trying to retake and get revenge on the usurpers after father goes missing. .... didnt have all the tags when I made this comment <<less
9 Likes · Like Permalink | Report

Around the current chapter in at its hard to say that it hasn't gotten at least a tad bit worse. I suck at explaining so I'll just say 2 things main things that happened recently.
Spoiler

1st thing is just annoying as an enemy who's been mentioned lots of times, building suspense over the hundreds of chapters. He, out of absolutely nowhere, gets challenged by the MC only to quickly die and then comeback to life immediately after.

2nd is the MC, over time, is "supposedly" getting more mature and smarter. Heck he's even titled as the "Child of Wisdom" yet the decisions he makes over time get worse and worse, to the point where he's acting on all of his desires without a single thought, and when it goes wrong he admits he was being too arrogant and underestimating the situation only to do the same thing again.

I'm not a picky reader and the start up till 600 was fine for me, I actually enjoyed what I was reading until now. The main character is portrayed as this powerful and smart character yet he underestimates his opponents and doesn't just go all out? It doesn't make any sense, and then this deep into the story the author writes this great part where ... more>>
Spoiler

[collapse]
, The thing that turns me off immensely is when s*upid sh*t like that happens, It's just bad writing, nothing else to critique about it. I've dropped numerous stories because of insanely bad writing cliches from the author because if that's what I'm getting at the half way point, the ending won't be any better. 2 Stars, nearing 1 fits right because it starts out fine and dandy, but slowly progresses into this obsolete bullsh*t where the writing makes less and less sense, and the actions of the main character conflict with his own portrayal. The harem part is fine but the hypocrisy with the Han sisters is not fine, you clearly are ok with more than 1 woman but after all the effort and things you did for them you refuse to give them the time of day. This isn't about a background thing, it's hypocrisy and arrogance. This may change by the end of the story, but why would it matter? Even their strengths and abilities are no weaker than his current woman at this point, so on that note I'd have to digress that I'm dropping it because of the drastically decreased quality in writing. If you create a main character, keep him consistent and honest, don't make him do s*upid things, put s*upid plot cliches that make no sense and then act like this is what makes a good main character. Another story with Nine stars as a focus has a character that I LOVE and they did it RIGHT, LEARN FROM THEM, ALL HAIL LONG CHEN <<less
3 Likes · Like Permalink | Report

True rating 3.5/5. Barely. First, a short general opinion: it's a good webnovel compared to other Chinese webnovels. It's average at best if we're talking real novels. The good thing about this novel is that it's just above average as far as Chinese webnovels are concerned, and this quality is fairly consistent, and even 1100 chapters in it's still just as good. The sad part is that this consistence is possible precisely because the novel isn't outstanding. So like I said, the novel is more or less average. There are the same tropes... more>> and all that, but they're not as numerous and not as serious. Some are slightly subverted iirc. The general plot is generic, but it's decent. Plot progression is okay, pace is okay, and various subplots and arcs are nothing special, but still passable. There are still things to find out, things to guess at, and there are no glaring plot holes. Some of the first 300 chapters are meh, but it gets better later. Characters are pretty normal for xianxia. A bit better, perhaps, but nothing special. However, the protagonist, while generic, was pretty likable, which is not that common for xianxia. He's the usual type that returns both favors and grudges appropriately. There are other prominent male characters, which is nice, and they don't all serve as a foil for MC, which is even nicer. It's a harem, but nothing really happens for
Spoiler

Over 1000 chapters lol. I think it was somewhere around 1050 (very roughly) that MC goes to bed with someone

[collapse]
and the romance is nothing special, but it isn't cringe, either. Enemies aren't particularly dumb, and they can give MC some trouble, which is also nice. Cultivation setting is nothing special, but it's okay. MC fights above levels as usual, but he's not the only one. Honestly, I forgot a lot of what I should write (as can be seen from the last paragraphs) as I read it a while ago. But generally I recommend it. It's good to kill time, and I read it with only one break (after around 100-200 chapters, the most boring part) until catching up with the translation. It's much better than most xianxias, but again, nothing special. <<less
2 Likes · Like Permalink | Report

I actually really enjoy this from the aspects of it being a fun popcorn overpowered cultivation novel. As a harem enjoyer I give this 2 stars though. The MC is a d*ck to some girls who love him for no reason who he has a good relationship with, while getting with girls he might have randomly met once. ... more>>
Spoiler

I put up with it until the ice girl who was infatuated with him kept getting ignored then randomly shows up going "oh yeah hey im with your good friend now" im mad at the author for not only making the MC a dickhead to her but also for him making her seem so fickle in love after all the build up from previous chapters. Meanwhile MC DOES accept some random fox girl he met once...

[collapse]
Im so irritated at that I want to drop the novel but im 1600+ chapters invested so I will struggle to finish it. <<less
1 Likes · Like Permalink | Report
Advertisements
Leave a Review (Guidelines)
You must be logged in to rate and post a review. Register an account to get started.