Novel Updates
RegisterLogin
Theme
Search
Your changes has been saved.
I am a Straight Guy Working in A Gay Bar 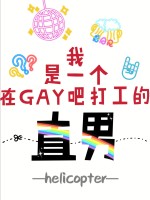 One entry per line
Helicopter

One entry per line
AnnaPolka

Status in Country of Origin. One entry per line
30 chapters (Completed)

I’m a straight guy working in a gay bar. One day, I encountered a shameless gay man.

One entry per line
我是一个在gay吧打工的直男

These are recommendation lists which contains I am a Straight Guy Working in A Gay Bar. You should give them a visit if you're looking for similar novels to read. Alternatively, you can also create your own list.
More Lists >>>

I'm sure straight people can't be bent, you can't force it. They can turn out to be bisexual if they were willing to be in a relationship and genuinely be interested in aside from just money (this is different), or a closeted gay who they themselves don't know until they have a family. This novel is more about a person shaped by a conservative society to think he is straight because straight is normal, anything else is not the norm. If he didn't want to see him, he could say... more>> goodbye, ignore him, he just didn't do it, he needs money but not desperately. If he is desperate for money he could have done it in a heartbeat and still don't question his sexuality. Although this is more in line with web novel, chance encounter, pursuing, push and pull because if you don't have a aggressive ml, this plot won't move and you'll get a MC who keeps saying he is straight etc. It's all to move plot so nothing to take seriously and him being straight is use as a joke/comedy since he keeps digging his own pit. Because for sure he is straight, straight as a circle. He seems so insecure with his gender that he keeps reaffirming he is straight like Chase Wood and that kind of makes me awkward with him than the ml. <<less
2 Likes · Like Permalink | Report

Here, the MC just happened to work in their bar because in his words 'I'm too f*cking broke'. He has tried several times to work in other opprtunities but other ones are fully employed and he's just a tired dude who happened to be interested in bartendering and didn't want to work in a low-paying part-time job while life's difficult in a big city. The desperation he felt in the first part of the story humbled me, and I don't like how the author portrayed his struggle to make a living and turned it into a cutesy and dense 'bending phase'.

[collapse]
This novel is very realistic example of why the LGBTQ circle is famous with the stereotype of manipulating straight people and forcibly bending people whose appearance matched their taste. They called it 'showing the way to dense people', though. If the ML turned out to be a rich guy... Well, iykyk.
4 Likes · Like Permalink | Report

Only read the first chapter, but seems like the rest will be very funny as well~
I wanted to mtl it, but!! First of all, I wasn’t really sure if what I found was complete, and also, the translation is much more comfortable to read (thank you translator!!) so I’ll just wait for future chapters _ (:з」∠) _ I‘m looking forward to more! Maybe I’ll just wait until everything is translated and read everything in one go~
2 Likes · Like Permalink | Report
Leave a Review (Guidelines)
You must be logged in to rate and post a review. Register an account to get started.