Novel Updates
RegisterLogin
Theme
Search
Your changes has been saved.
Advertisements
How to Live as the Mad Duke’s Fake Daughter 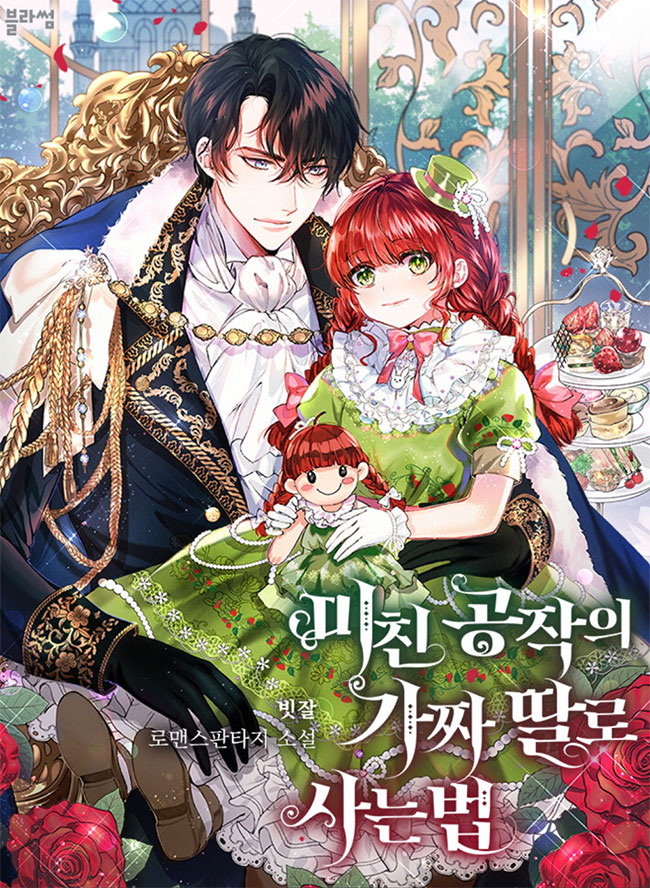 One entry per line
빗잘

Status in Country of Origin. One entry per line
Complete (168 chapters)

I was reborn as an extra in the novel.

One day, an unidentified man kidnapped me and threatened me. To pretend to be Lilietta, the youngest daughter of the Duke of Bauner, who lost his daughter and went crazy!

“I’m Lilietta, the daughter my father has been searching for for 10 years.”

“It’s you, my beloved daughter.”

So I became the daughter of the Mad Duke. Now all I have to do is run away before I get caught…

However, the family of the villains is so obsessed that I can’t see the way out.

These are recommendation lists which contains How to Live as the Mad Duke’s Fake Daughter. You should give them a visit if you're looking for similar novels to read. Alternatively, you can also create your own list.
More Lists >>>

Hello, this is Ame, the proofreader of this novel - a reader's comments/questions made me think and decide to leave this review to let potential readers have some expectations of what they're getting into. While the cover and summary seems the usual fluffy, heartwarming "family" type of rofan (nothing wrong with that btw, I love those too!), it's a little darker and more angst. Below is what the author herself wrote (about the conceptualization of the story). ... more>>
Spoiler

I once read in the author's blog that while she enjoys stories where an unhappy person/child from another world becomes a (main) character in the novel, and is loved unlike the original, she often wonders the following:

(1) If the main character becomes happy as a child in the novel, what happens to the child in the original story? Does he/she just disappear after living such a short life?

(2) If you become a child in a novel and is loved, whose life will be then? If you were the main character, would it be okay to lose the name/self that you've been all your life?

Rather than a dramatic romance or '2nd chance at life with loving overprotective family' or 'saving the empire' kind of story (once again, not that there's anything wrong with that), the overarching plot of this novel will deal with what the author brought up (mentioned above), and answer the questions "Is she an imposter? What is the truth behind her birth?" Deception and guilt will be frequently mentioned in the novel.

Personally, I wouldn't say the FL is 'smart', but I wouldn't think she's completely 'dumb' either because she really doesn't know much at all, the original "novel" might describe the world and the protagonist, but it may or may not help her at all.

One of my favourite lines:

"If I became a completely different person, would it be even me?"

[collapse]
This is a slow-paced story and kinda different from the rest in my site (though, whether that's a good thing or not is up to y'all readers haha). Thanks for reading this long-ass disclaimer/spoiler/review, have a good day ^^ <<less
22 Likes · Like Permalink | Report
Advertisements
Leave a Review (Guidelines)
You must be logged in to rate and post a review. Register an account to get started.