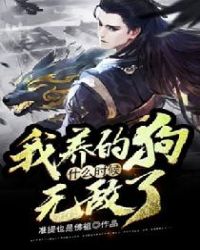 One entry per line
准提也是佛祖

Status in Country of Origin. One entry per line
650 Chapters (completed)

One entry per line
青果

B city is a huge iron city. A restaurant owner Zhang lives in a remote corner of the city. He’s been here for three years, but nothing exciting happened. Yes, he got a system, but it seems useless. The tasks he got were easy, like walking the dog, growing vegetables, cleaning the house, etc. And the credit he got from the task was of no use. So what’s the meaning of his coming to this mist world?

Days passed by. He did not notice that his vegetables had turned into spiritual herbs while his dog turned out to be the Kylin Saint. So his credit is not the system but his dog?

One entry per line
我养的狗什么时候无敌了

These are recommendation lists which contains How Come My Dog Becomes Unbeatable. You should give them a visit if you're looking for similar novels to read. Alternatively, you can also create your own list.
N/A

Fairly standard for this genre: Transmigrator somehow manages to completely miss all the weird stuff around him, including thinking that anyone who praises him has lost their marbles. No matter what happens he somehow convinces himself that it is completely normal, and he has no power/special assets at all. Meanwhile everyone else is astonished at everything he does and sees that his entire home is filled with top level stuff. I stopped reading when ... more>>
Spoiler

he drew a painting that let a freaking GOD figure out a higher level technique and which everyone actually saw MOVING, and he even said he refused to draw the eyes because he was afraid it would leave the picture, and yet SOMEHOW he still believes himself to be an ordinary powerless mortal.

If you read one story about an unaware supreme cultivator doing slice-of-life stuff while shaping the world's fate, then you already have a general outline of what this is about. But for some reason, the translation is really bad at showing which sentences are dialogue and which are narration. They use quotation marks for half of the chapter before they just suddenly stop bothering or go entire chapters with dialogue but have no quotation marks to denote them. It's a bad reading experience overall.
0 Likes · Like Permalink | Report
Advertisements
Leave a Review (Guidelines)
You must be logged in to rate and post a review. Register an account to get started.