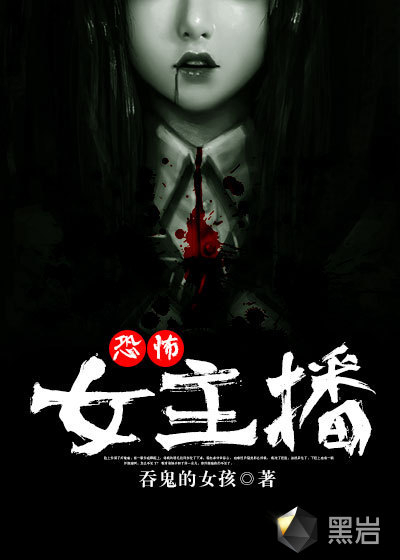 One entry per line
吞鬼的女孩

Status in Country of Origin. One entry per line
858 chapters + 13 chapters side story (completed)

One entry per line
heiyan

My name was Yuan Junyao, a name my grandmother gave me, meaning “beautiful jade”, although I was not beautiful at all. Actually I was ugly.

I was told that I grew tumours on my face since I wasn’t even 3 months old. My parents had me examined in hospital and the doctor said it was a fibroma and it was benign. It couldn’t kill me but I couldn’t get rid of it because if I did, it may develop to be fatal. My father divorced my mother for this, and not long after, my mother died.

To make a living, I had to do three jobs.

One day I messed with the wrong people and they had my younger brother have a car accident and become a vegetable, and I also lost all my jobs because of it.

I tried to find a new job and happened to know about live streaming. I clicked on it and a man was live streaming in an old ghost-haunted house. The ambience was terrifying.

I followed him online and he didn’t see a real ghost even by the end of the stream. But the ambience was so real it spooked the audience. So he had many watchers who sent him lots of gifts while they watched. I was a little inspired by the idea. Nobody wanted to see the face of the host of a ghost live streaming, which suited me very well…

One entry per line
恐怖女主播

(I'm not good at writing a review) A hidden gem. This novel is about a girl who was cursed since she was a child causing her to be ugly. One day, she accidentally encounter a ghost during her live stream and destroy it which cure a little bit of her curse (This part may be confusing to others). From then, she began searching for ghosts in effort to cure her curse completely with a trusty person that also helping her a lot. About the speed of the translation, I... more>> just hope it will be faster. I think it may be because of not many people read this novel. I cannot write more as I don't have enough things to put it as it still on Chapter 11 when I write this review. <<less
12 Likes · Like Permalink | Report

It is pretty good. I don't even like horrors and yet since there are no jump scares I find it pretty good. Basically it is ghost hunting for money/man and pretty face. Weird combination but it works. Chat comments are pretty amusing though her MC backstory is rather hardcore.
10 Likes · Like Permalink | Report

Omg... never judge a book by its cover. Yes I don't like the cover at all but the description and the title made me curious. The story is good and different from usual stuffs that I hv read. Bad stuffs kept happening to her and here I thought only beautiful girl in novel/manga would have those problem. There are a lot mysteries here and there like on why the handsome kind guy suddenly took interest on her or who the mysterious uncle who help her. Now this twisted pervert appeared and how... more>> I wish I could throw slippers at. The translation was well done. I want more and hopes that it won't be drop or the story get boring in the middle. <<less
10 Likes · Like Permalink | Report

I do love this one. The girl has got deformed due to some mysterious reason. But through her effort of hunting down those evil ghosts, her tumors are also removed. And she turns into a gorgeous woman. And the MC is really a cool guy who would like do anything for the girl. Looking for more.... Thank you so much. By the say, the language is fluent and nice to read.
9 Likes · Like Permalink | Report

Is good, oddly enough the sipnosis is a sipnosis!, An the story is fun, the handsome male MC and the hunting ghost to heal your face are a little forced but hey, I seen worst and better rated. Edit: It was supposed to be a five star....
9 Likes · Like Permalink | Report

Really agreed with the comment above. Never judge it by its cover or be scared away by the cover. While hunting ghosts, there is kind of romance in it. This is pretty attractive to me. From Jian Rushi, for girls, they should always be confident and optimistic about life, and someday good luck would come to you.
8 Likes · Like Permalink | Report

I love the setting. At first the girl got deformed due to reason. And someday by hunting down those evil ghosts, she finally has removed all those dirty things on her face and becomes a pretty girl. I hope she would have her own romantic story someday. Can's stop reading...
7 Likes · Like Permalink | Report

I read the raws but skipped some of the face-slapping parts cuz the s*upidity of some of the characters amazes me. This story started out a but creepy, where the MC goes live when she films in the haunted houses and stuff. ... more>>
Spoiler

But then, gradually, this becomes a sort of... uh... cultivation kind of story. And characters like Tang Mingli went from being a normal powerful rich kid of the powerful Tang family to being the King of the Underworld who became a human and lost his memories. And our dear MC went from being a fragile human with a deformed face to a descendant of some god.

[collapse]
Not that I don’t approve of this kind of development, but I think I much prefer stories like ‘Kaleidoscope of Death’ where the ghosts actually stay scary (until you read the extras. Seriously, my sis had nightmares which stopped when I read the extras to her.) It just felt like the story lost its aim. I think a better description of this story is
Spoiler

[collapse]
Just don’t believe the cover. The cover looks like this would be some horrifying ghost story, when in actuality its more of a “everywhere I go, idiots get face-slapped”. <<less
5 Likes · Like Permalink | Report

I have enjoyed this work so far very much! Though it's horror it has pretty much no gore in it. It also has much more action than I originally expected. I also like the way it can keep it's misteries just right and I expect that a lot of things in the story will turn out completely different from expected. The MC is getting more powerful and knowledgeable after every event, in a moderate rate I think. She has a lot of lucky encounters and is able to acquire many powerful backers,... more>> but she also has suffered hardships and doesn't let the success get to her head. She has traumas and insecurities. The ML doesn't seem to be neither the clichéd flirtatious nor the glazier cold type that are so popular in chinese novels. He seems to, yes, have a difficult but wealthy background, but in my eyes, he is not faking his relationship with her and is a little disturbed by the fact that he made her acquaintance under false pretences. Together they make a wonderful team for busting evil ghosts and people! With just the right amount of cute relationship-insecurities ;) If you like supernatural stories and don't shy away from a tiny bit of horror, then you might very well like this. <<less
1 Likes · Like Permalink | Report

If only the genre stay as a horror, didnt turn into a cultivation one, I would be very happy. I feel cheated by this novel really lol. The ML is
Spoiler

a combination of half soul from the 2 MLs

FL is an unlucky girl for she loses all her family members, moreover, she is always bullied by classmates because of tumors in her face. But she is strong and never give up. I do love her. She is also very luck. In the dangerous situation, someone will help her out of danger. I believe FL will become better and better.
1 Likes · Like Permalink | Report

I really love reading horror stories but some are just not enough to satisfy me. This one has the right balance! A little sprinkle of horror, some dash of jump scares, a pinch of real-life, and a full on mystery! Cannot wait for new updates!
1 Likes · Like Permalink | Report

This genre is really refreshing, a mix of horror and cultivation. The plot is full of twist and turns. This is the kind of novel that you can read for hours without boring feeling. The FL is so cool. This book is so attractive. I sincerely recommend you to read it.
1 Likes · Like Permalink | Report

If you come here for horror, you will probably not stay for it. This novel, while compelling at some points is lacking in the horror department. Her first and second live stream was a bit of a thriller but afterwards she just had it too easy. This is more like a cultivation/power up novel of an ugly girl becoming pretty again. There's nothing wrong with that, but it's not for everyone. Another complaint I have about this novel is the lack of personality from the FL. Although, I guess what makes... more>> her stand out is the fact that she mopes a lot. I think this novel started out quite strong but starts devolving when the FL gets cocky. I'll still read it because it's fun enough when I turn of my brain, but its novelty has worn off for me. <<less
0 Likes · Like Permalink | Report

Mmm, not my cup of horror flavored tea. None of the ghosts actually give me chills you know? The story leans towards cultivation (why tho?) and "let's dote on the FL"... more>> The flow was smooth but it was too fast. I don't know how to describe it but it was similar to a roller coaster. You were at the starting point and then you're at the end. You know there were three loops but it just happened. But unlike a roller coaster there wasnt any excitement. Thats how it felt like to me. I also feel like the relationship the author established with the Mc's brother was very one dimensional. It was explained with the one liner "he protected me" Also, I know I didn't read too far into the story and I'm giving it a 3 star but the story just didn't hook me. Maybe the story will get better but I think I'll pass on this one. 3/10 Adieu and enjoi <<less
0 Likes · Like Permalink | Report
Leave a Review (Guidelines)
You must be logged in to rate and post a review. Register an account to get started.

Paths of the Chosen
Advertisements