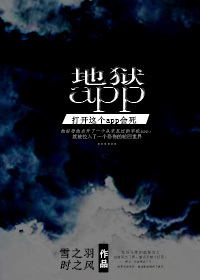 Status in Country of Origin. One entry per line
141 Chapter (Completed) + 1 Extra

At his best friend’s memorial service, Bai Yan almost burst out laughing and got beaten to death.

Along the way, Bai Yan’s fits of laughter turned into ones of anger. His joy quickly turned to sorrow as he met his punishment that night.

An infinite stream of horror flowed into his mind, ominous descriptions, breakthroughs, and storylines.

One entry per line
地狱app

These are recommendation lists which contains Hell App. You should give them a visit if you're looking for similar novels to read. Alternatively, you can also create your own list.
More Lists >>>

Damn good series, although it's a little depressing that the ghosts are universally murderous pieces of shit. I read ahead using google translate since it's extremely readable. The spoilers below reveal the style and framework of the novel. Not necessarily any plot, just how the ghosts work and how the protagonist works. ... more>>
Spoiler

So the protagonist finds a weird app on his phone one day, he clicks on it then he's forced to play life or death ghost missions. At the start of each mission, the game gives him a list of objectives and requirements. From there it's basically survive until you complete the objective and are sent back.

The ghosts are universally evil serial killers. You can pretty much throw away the idea of there being a nice ghost. Each ghost is indestructible and unstoppable. But they are bound by certain rules. Which is basically where the horror stories come in. Those ghost may have to wait for you to ride an escalator while holding a pamphlet or agree to help them up the stairs.

[collapse]
My biggest criticism of the series is the wasted opportunities. They've got great ghost stories, an interesting character, but a lot of it is very rushed. They could have done a lot more with the system, there are several dropped plot lines. The protagonist has almost no lasting social interaction. The protagonists purpose is kinda a joke. There's nothing I would say is egregious, just disappointing. These are pretty damn legit ghost stories. I would put them above "My House of Horrors" in terms of creepiness. Not that I found them scary (novel's just don't scare me), but I found the situations far more ghostly. The ghosts remind me of Japanese Yokai. Each one has a certain role and if the player interacts with the ghost incorrectly, they die. <<less
12 Likes · Like Permalink | Report

It's an interesting novel with some very interesting and terrifying concepts. The world this novel paints is dark, gruesome and hostile, where selfishness is rewarded and kindness is punished, where nothing is truly safe and everything presents a potential danger. The author doesn't go deep into the details about the app and the past of the protagonist, Bai Yan, but we can imagine the general idea. Bai Yan is a tragic protagonist. He has a mental problem that makes him see all things benevolent and kind as nauseating and all things malicious and... more>> evil as interesting and fulfilling. Because of it, he doesn't feel comfortable in our world, he feels like a foreign element who is constantly suppressed and he hates it when the world constantly tries to tell him that the way he sees things is wrong. We can't blame him for being the way he is, as it is something he had no power over, and I personally find him very pitiful, despite his obvious evil traits. The novel ends in this way
Spoiler

Bai Yan reaches the final level, but he surrenders to death, because he feels like the people who tried to teach him kindness "won", he feels that he wasn't wrong but he wouldn't reach any degree of satisfaction by winning.

Another part of it, is that the winner of the game becomes a "patient 0"of some kind, spreading the supernatural and the ghostly into the world, effectively dooming it.

He says that he would feel bored by creating another cardboard cutout horror world like those he's been to, so he dies unsatisfied, feeling like he lost.

The extra chapter tells about how the government discovered things about the app, and is actively trying to stop its spread, but it's implied that it would be impossible to completely prevent it as anybody in the world could get it and they can't stop every person.

The story ends on such a grim note

Nooooo NO!!!! Absolutely not!! What the hell is that ending!!! Ughhhhh I'm so pissed right now! The main character didn't achieve his goal but also died??? UGHH!!

[collapse]
Its a great novel and has a smart and amazing main character! But the ending is so unsatisfactory. I feel like the author just wanted to wrap up the ending. I would have given it five stars but the ending is absolutely terrible.
8 Likes · Like Permalink | Report

Wow, this novel is impressive. The MC is amazing in his own skewed way. I'm looking forward to seeing if the MC gets his wish or not, and what happens after. strong elements of horror and gore, so if your weak to those don't read. Even though its a jjwxc site novel it's listed as NO CP so there shouldn't be a romantic side element getting in the way of the horror plot.
7 Likes · Like Permalink | Report

I may say this is one hell of a novel. I wont put any spoiler cause it ruin the suspense and I would love if you try it. Anyway I Highly recommend this ^•^ (PS: I just have to make an account just to rate this lol)
7 Likes · Like Permalink | Report

This novel is very impressive for me, the plot is not really new but the way the author describes each scenes and the fact that the protagonist is my favorite type makes me give this a 5 star but... kind of disappointed with the ending ngl not because it's not good but..... It's a tragedy.... I seriously need to read the tags now lmao It's my first time giving a review and English is not really my native language so..... 😝
4 Likes · Like Permalink | Report

This MC who have a disgusting behaviour (psychopath) that I look forward to. He's really different from other MC I read. This almost rare, can't find some novel similar to this one. :3
4 Likes · Like Permalink | Report

Players are forced to play the game Hell App in this Death Game genre book where they're completely normal humans who have to use information and clues to solve the games and survive against Evil Spirits. The MC has a mental problem in which he finds joy in other people's misery and loves seeing 'good' people suffer, while he also has a physiological rejection when performing good himself, such as sudden anemia and vomiting. ... more>>
Spoiler

This makes him an interesting character however, he doesn't really show his mental instability often as he's hiding it since he was exposed in the tutorial through the game's forum. However I don't really agree with the fact he's able to hide it so easily without the other players catching on. Since they should be pretty observant considering they've survived a couple of games.

[collapse]
The other players he encounters are well written, they actually contribute to the tasks and are capable of making their own competent decisions, unlike some other novels where they only go along with the MC's plans or act as cannon fodder. The actual 'games' they participate in are kind of interesting, however they aren't all that unique either. They're based off of ghost stories, but they do bring their own spin on things, but they're too simple. The way it's written in which the games are completed make them seem too easy, although players still die in every game it still seems that it's too easily solved.
Spoiler

Right now, the MC has only been in the tutorial game (easy) and 4 normal difficulty games, so it should be expected that there's a difficulty spike at game 7 and make things more interesting and less predictable and easy for our MC.

[collapse]
TL;DR
This novel is pretty interesting except the games seem too simple right now, which will hopefully be fixed later on. The MC's mental illness should also be a larger factor in the story, since he's not been very affected by it during the games. <<less

Its a deathgame novel. Like Liar Game and Judge. Kinda an extinct genre but if you're into it, you'll like it. It also has the supernatural mixed in which differentiate itself from other deathgame manga & novels. It seems each stage of the deathgame has gotta do with ghosts, spirits and such. Imo too early to drop a rating however its looking good so far.
2 Likes · Like Permalink | Report

Amazing. There’s only 5 chapters right now but the quality literally oozes from those 5 chapters. Really hope this becomes more popular because it deserves it.
2 Likes · Like Permalink | Report

Cool book, but as far as i've read (up to latest translated part), he isn't really evil or crazy like the start makes him seem. I mean, he is, but he never acts upon his evil impulses and is just a normal guy with evil thoughts. Thankfully the horror part is good so the fact that the book basically lies about evil MC gets made up for
1 Likes · Like Permalink | Report

So far, I like it. The protagonist is a proper evil man, unlike a lot of other so-called evil protagonists. I was worried in the first game, because ... more>>
Spoiler

he seemed to help a kid being bullied for no reason other than the goodness of his heart, but it turned out, he wanted to give the man bullying him a discreet death sentence for no reason other than that he offended his eyes. The kid also dies in the game, but there were warning signs the protagonist saw, and he kept them to himself intentionally and watched it happen.

[collapse]
He truly is a terrible human who enjoys watching people of all types suffer. Somehow, though, I don't dislike him. Maybe because it's made obvious that this is due to a mental illness? Even when it's him being made to suffer, he sometimes gets joy from it, so he's definitely got issues, and isn't an angsty ball of hate like most other evil protagonists. There's also that,
Spoiler

because there was one other survivor in the first game who witnessed his true face and exposed him in the forum (though under the false name he gave her), he's trying not to be actively a pig teammate so he won't be exposed, backstabbed, ganged up on, slaughtered, etc. He's trying to keep his evil contained within, I guess?

[collapse]
Anyway, the details are gory enough, and the games are especially interesting for this type of novel. Even though I'm already sensing a tragedy at the end of the novel, I'm having a fun time getting there. <<less
1 Likes · Like Permalink | Report

The novel is good. The stages are really exciting and I have no regret reading it. Mtl is easy to understand. However the ending is kinda rush
Spoiler

Especially when the MC die/commit suicide. The reasoning kinda s*upid and the mystery of the App is not solved at all.

I, who identified as an Attack...