Novel Updates
RegisterLogin
Theme
Search
Your changes has been saved.
He Lifted My Red Veil 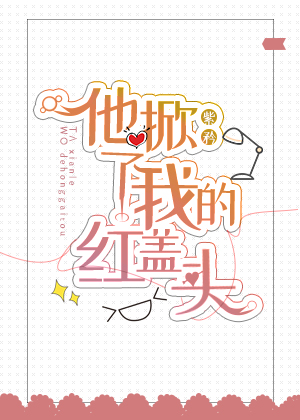 Status in Country of Origin. One entry per line
65 Completed

As a gay who always falls in love with straight men by accident, Le Han has been single for twenty years. In the border of collapse, he looked up to the sky and requested the love of Lao Gong.

At this time, the popular virtual game across the country introduced a new way of marriage playing: Tie the knot, also known as ‘Choose the bride and choose the groom.’

However, facing the outstanding and elegant grooms in the ‘Groom Selection’ area, Le Han blushed shyly and was embarrassed to choose.

So he returned to the ‘Bride Selection’ area, put on a red wedding gown, covered his head with a red veil, and obediently waited for the gong to choose him.

…He never expected that a big man would come.

One entry per line
他掀了我的红盖头

These are recommendation lists which contains He Lifted My Red Veil. You should give them a visit if you're looking for similar novels to read. Alternatively, you can also create your own list.
More Lists >>>

This story is actually like a nice granola bar type of snack; tasty, but not fulfilling, with crumbs that flies everywhere and could choke you if you're not careful. The latter refers to the villains/antagonists, reminds of that video where the guy was screaming at the guy who was cutting the pizza saying " THAT'S ENOUGH SLICES!!!!" Their mentalities just skyrocketed and the amount of disgust I felt was overwhelming. I also wanna rant a bit about crushes in general; they are 100% innocent until the person acts on it negatively. And... more>> NO ONE is obligated to like you back; your status doesn't matter, especially if they are in a relationship. The MC did NOTHING WRONG with having that many crushes, especially when he was single. All of this just made really wanna know if there's a story about an MC being a therapist or if a therapist exists in their world because they need help😅 ... wait⊙.☉ I think I have read one but I forgot 🤷😅 <<less
0 Likes · Like Permalink | Report

Solid 4 stars It's no gourmet meal but a good enough light snack. The story is adorable, cute and funny. It's very fast paced hence could be seen as shallow. It can be quite nonsensical at times and cringy. It tried to touch some problems in reality but because of the nonsensical G4U relationship and background I can't really take it seriously. So the novel ended up being not here nor there. MC: imagine a white bunny with very sharp teeth and hard punch. He's quiet but not a doormat, he's cute... more>> and adorable but throw a good fight. Strong and preserving. Face con, sound con and also easily fall in love. ML: Beautiful, cold, good at singing, doting to MC, yellow paste brain. He's a basic ML but he's still written interestingly. The relationship is quite convoluted with the small account, main account and real life which make a good drama, telenovela style. In the words of netizen there it is "romantic enough, bloody enough, tortuous enough, exciting enough" of a story. This is probably a hit or a miss, but I'm quite entertained. <<less
13 Likes · Like Permalink | Report

A solid 3 stars. It was okay. I went in for fluff and maybe a dash of hidden identity (because who doesn't like that?) but it dissolved into this whole semi dogblood drama. It was okay at first. But then I realised it doesn't seem to end. Just one drama after another. Where was the fluff? Some parts had me disappointed but I thought it was actually well explained and quite (?) well thought out by the author so it almost boosted the story to 4 stars for me. But the semi-nonsensical... more>> part of the story, overall, is still 3 stars. So dogblood drama:
Spoiler

both MC and ML have 2 identity in game and although they were forth coming in it to each other, some misunderstandings there of each other hating the other's other identity. And they had a lot of "rivals-in-love" added into the mix that added to the drama. While it was very entertaining at the beginning. It was actually a bit much because, their relationship was only a DAY OLD. So like, I didn't even understand how ML could like MC so much to withstand these ridiculous external factors. Felt like their relationship needed to weather the internal part before these external part can come in. Also, MC himself had a lot of IRL issues. On to next spoiler.

[collapse]
This part made me take a step back on MC a little but I think author tried to develop it into MC's character and kind of explained it. Might be off-putting for some people in the beginning, not gonna lie:
Spoiler

MC is the "easy to fall in love" kind of chara. Doesn't sound much but there's this lovers quest in the game where the game somehow shows them all their past crushes or what-not and their current lover will be able to see. ML then finds out MC had over 10 past crushes and is in shock (ya who wouldn't) and gets quite insecure. Like MC will like anyone who is just a little nice to him because he is in love with the idea of love (?). A friend of his says it's because MC wants to see the good in people instead of the bad and so when he does it, it's easy to like someone (but then won't he like all his friends romantically too lol?). Anyway, I feel it isn't deeply explained because many can be superficial crushes and not deep love and hey, I think many people can have multiple crushes over time right? But ML is very understandably insecure because what if MC easily likes someone else. Anyway it gets resolved when MC explains he won't be like that when he is in a relationship and while he easily likes others, he does look at things like compatibility. I just thought from a certain perspective, MC might look like a slag man for love, jumping from one man to another. But author tries to explain it and it's rather well explained, I think.

[collapse]
So towards the end, after more misunderstandings, I think there was that bit of fluff I was promised but by then I was speed reading and I've reached the end. It's not a long read so if you want a good read with gaming (gotta admit the gaming aspect with the warring countries was actually interesting) and a lot of hidden identities and misunderstandings, it's a good read. <<less
7 Likes · Like Permalink | Report

When it's hinted that MC has trouble in the love category, I'm expecting exactly that when I enter the story. He's weak to faces and falls in love easily coz of it... ok I accept that. What irked me a lot was BAM! Suddenly, left, right, center - hot guys are clamoring for MC....???? All of the side characters felt ridiculously unimportant to the plot. It made me think that the author was forcing me as the reader to find MC so charmingly attractive that these guys can't help but... more>> get attracted to him. Nope. Didn't feel it at all. Not to say that he doesn't have his endearing sides. I actually do love the way he handled himself when he was bullied. Except, there were too few chapters that any character development I wanted to read was nowhere to be seen. It was a fast read for me but not a novel I'd be reading again. <<less
1 Likes · Like Permalink | Report

Because of unfortunate RL crushes that didn't end so well he chose to throw away his (basically non existent) integrity and enter the new Tie the Knot love game.

In the Tie the Knot area, he had to marry whoever lifted his red veil! He originally wanted to fall in love. Of course he would try his best to like the other party.

MC and ML meeting was pure accident. ML's friend's sister took her brother's game avatar and went to the tie the knot area for male wifes, once in the game there is no leaving until a husband picks you. The friend called ML for help to be his husband in game, but just as ML entered the area and lifted the red veil of the described character with SM prop in a corner, he found out his friend was already taken away by someone else and he now chose an afk stranger to be his wife.

ML fell for MC because he did a split. He felt MC was cute and quirky. It was his first time falling in love and he was immediately serious about their relationship. Of course he knew it was just online, but he planned to boil MC in warm water and definitely make it real in RL.

Omg, they are so lovely dovey ~

Unknown to each other:

MC meets his ex crush who turns out to be total tr*sh/scum. We find out about MC's past/his bully.

They have an argument (in game), because ML finds out (because of a love event in the game) MC falls in love easily and already had many past crushes while MC is his first love. ML thought MC is shameless and has no moral integrity. MC tried to explain and apologise but ML was to worked up and they parted in a bad way.

This is a really cute short story. It's funny and fluffy and not much dog blood drama.
0 Likes · Like Permalink | Report
Leave a Review (Guidelines)
You must be logged in to rate and post a review. Register an account to get started.

Douya and the Golden Scroll: Plum...