Novel Updates
RegisterLogin
Theme
Search
Your changes has been saved.
Advertisements
Grievance of the Young Bride 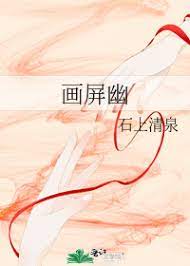 One entry per line
石上清泉

Status in Country of Origin. One entry per line
114 chapters+ 13 extra (Completed)

In life, there are eight sufferings for human beings: birth, aging, illness, death, being apart from loved ones, being together with those you hate, not getting what you want, and the suffering of the flourishing Five Skandhas.

These eight sufferings, Zhou Qing had experienced it all.

After she died, her soul lingered to witness the tragic deaths of her loved ones, the enemy took her child’s place in enjoying all the wealth and glory. She hated, till her heart turned stone yet she was unable to do anything.

It was most likely that because of Zhou Qing’s sincere prayer in front of Buddha that she ultimately once again opened her eyes. But this time Zhou Qing had returned to the time four years before her death.

For a son, a mother had to be strong. In this lifetime, she could not afford to die.

These are recommendation lists which contains Grievance of the Young Bride. You should give them a visit if you're looking for similar novels to read. Alternatively, you can also create your own list.
More Lists >>>

This differs from a lot of rebirth stories in that the various plots against the FL, ML and their friends are a) fairly believable in their scope and setup and b) efficiently wiped out by the ML before they become convoluted- no superpowered mega intelligent badguys here. I actually really enjoyed that. The ML isn't really OP, just someone in a really powerful position who shouldn't be messed with. There are things that don't get adequately explained (how did they work out that the sister's baby was a substitute... more>> in the original life?) but no major plotholes and the ML, although the dark broody tortured type, dotes on his wife and child and does useful things to demonstrate that. The FL doesn't hold the initial r*pe against him (because he was drugged and taken advantage of by her creepy first husband) and apart from that encounter which occurs off screen, the ML treats the FL with respect and doesn't make decisions for her. A good read and a bit different from the majority of the ones I've read in this genre <<less
2 Likes · Like Permalink | Report

So far, the FL seems to have gotten her act together after being reborn, alas too late to avoid her husband setting her up to be r*ped. She is cleverly keeping her reputation even while thwarting her in-laws. Looking forward to face-slapping, hopefully I will not be let down.
2 Likes · Like Permalink | Report

The translator is doing a great job but I ended up completing it with MTL. The novel is not exactly groundbreaking but it's a nice rebirth story. It deserves a 4 but I gave it a 5 because of the current rating.
1 Likes · Like Permalink | Report
Advertisements
Leave a Review (Guidelines)
You must be logged in to rate and post a review. Register an account to get started.

Past the Redline
Advertisements