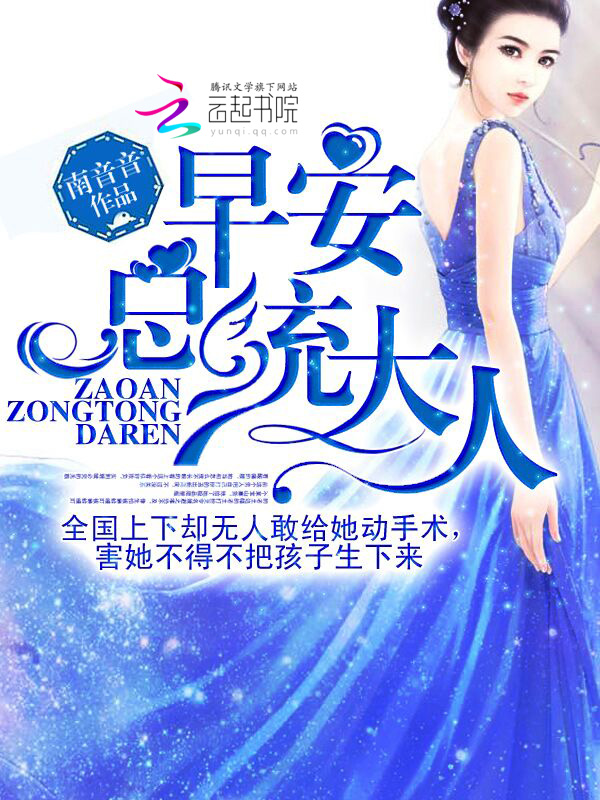 Status in Country of Origin. One entry per line
1960 chapters (Complete)

Accidentally, she got pregnant.

She went to the hospital to abort the baby, the whole country’s hospitals did not dare to operate on her.

Five years later, a nobleman broke into her world and suddenly took her child away.

What? He’s the child’s father?

Not only that, but he’s also one of the top country’s President?

These are recommendation lists which contains Good Morning, Mr. President!. You should give them a visit if you're looking for similar novels to read. Alternatively, you can also create your own list.
More Lists >>>

Want to warn people in advance I really hated this novel because of how they treated the whole thing The main character was r*ped, got pregnant and first this ruined her relationship and got her humiliated by her family and the people around her... more>> Then the rapist forced her to go through with the pregnancy and she had to raise her r*pechild alone for 5 years Then the rapist kidnapped the child and eventually invited her to live in his mansion And what ive got a problem with is that she pretty much instantly forgets what hes done to her and acts like a horny schoolgirl whenever she sees him Extremely bad MC <<less
25 Likes · Like Permalink | Report

I mean, he's the guy who r*ped you, left you to raise your son ALONE, you have to strive through pregnancy, studying while raising a kid, your f*cktard family and then he somehow got the guts to f*cking kidnap your son without explaination. Not only that, he's planning to marry someone else, and you, DUH! You cant move out of his house unless he told you to, and you cant marry the guy you went on a blind date with and seems to have chemistry with because HE'S SO F*CKING SELFISH. His selfishness doesnt just stop there, when he's injured you were ask to drop EVERTHING for him. Meaning the job you've worked F*CKING hard for and can change your future for the better. But NOOOO! You have to drop that and be his maid, cause you know, you dont deserve a good life. The funny and the most annoying thing is the MC is such a doormat. UGH.

There's a scene that made me raindown curses on this

After she learned that he was injured by saving a kid, she thought to herself:

"She was very glad that Xia Dabai's father was such a responsible man."

Hahaha. The biggest JOKE ever!

Thanks author, I hate it :) Seriously, this guy r*pes her and forces her to give birth to and raise the child, then he kidnaps her and the son and basically treats her like dirt. Not respecting her at all. And she's okay with it! It gets treated like a joke, and as a reader that is annoying as hell! If you want to have the MC get r*ped that's fine, but if this was a good novel we would then get a satisfying (possibly unrealistic) revenge plot, or a... more>> depressing story that actually presents the r*pe as an issue instead of a joke, or a deep story that realistically explores the psychological state of a r*pe victim. But no, we get this half-assed nonsense where the MC barely manages to stay mad or upset for 0.0001 second before she's apparently over it. The ML is a scumbag for treating her like this, but the MC is even worse for being a passive moron. I'm already pissed and its only been 9 chapters. If y'all are into this, there's no judgement here, but personally I can't stand this story and I'm dropping it here. <<less
9 Likes · Like Permalink | Report

I warn you, before you start this novel you should know that this is an extremely addicting novel that is makes me extremely rageful the majority of the time I read it. It's very similar to Hidden Marriage and One Child Two Treasures since all of them are super long and addicting, but have no real meaning or significance.
Spoiler

Despite all of that, it's quite good, I really recommend it considering how I finished 512 chapters in a day, but's its a lot of work to read it. The romance in it is quite good in the latter part of it, and the child is very cute too, I find the main couple very compatible with each other and the romance gets very very very good near the 200 ish mark, unfortunately you will have to live through until then though. I found this book to be better than most of the books in the genre and the main girl does have some guts thank the lord. This book isn't as much as "everything in the entire world goes wrong when you thought it was going fine" as some of the novels in the genre, I found everything to fit quite nicely and all the bad events had a nice tie up in the end.

[collapse]
The translation is also very good from what I have read and it's quite easy to understand. If you like that genre of novels you should give it a try, it's actually quite good!
9 Likes · Like Permalink | Report

Is a excellent story, the development is slowly but steadily improving But one problem will be the negative MC when we speak about love with the ML... Out of it is very good!
5 Likes · Like Permalink | Report

i thought it would be similar to “one child two treasures: billionaire chef’s good wife but it’s not. The MC has a short burst of anger after meeting the ML who r*ped her and made her give birth to his son, tbh that’s unrealistic and it’s annoying. Secondly, they (MC and her son) forgave the father so soon and easily it’s laughable, shouldn’t you hold resentment for the man who took advantage of your mom. Shouldn’t you be mad at the man who kidnap your child for his own needs?... more>> Shouldn’t you be mad at the man who took away everything you had and embarrassed you without even showing your face? Like at least be more realistic about the situation. It’s kind of frustrating seeing such a situation. But you can go ahead and read if you want I just rather not because of the situation. <<less
4 Likes · Like Permalink | Report

The synopsis already warned me but I didn't heed it, now I suffered. Maybe reading too much CEO/President + s*upid r*pe/Pregnancy/Child drama just killed off my enthusiasm for any more bullsh**s like this.
3 Likes · Like Permalink | Report

Original storyline about the President and heroine is a bit similar to "One Child Two Treasures: The Billionaire Chief’s Good Wife" or "Hidden Wife". So if you like those type of stories, you're bound to like this one as well. However, unlike some of the other series, the male lead seems to be less brutal than other male leads. Instead of cutting off problems at the root, he lets go, only for the villains to come back repeatedly in annoying comic book villain fashion. Overall, their romance is interesting if... more>> not too intense. What bothered me about this novel and made me repeatedly pause on catching up to the raw chapters was one of the side characters. The president or the male lead's sister is an super abusive relationship with a man who really doesn't want a relationship with her other than r*pe. He repeatedly r*pes her to the point she's always internally bleeding and makes up excuses that she owes him for it for her guilt. It's just a horrible relationship and makes me a bit sick to read about it. No matter how much love the female feels for him, I can't condone that type of behavior. There's no way any reader would root for that romance. In any case, I lowered my rating just because there were way too many chapters focused on her nightly disturbing r*pes. <<less
3 Likes · Like Permalink | Report

Hello dear Translator, I like this novel and yoir translation too. And I want to trandlate this novel into burmese language. Could you give me permission please.
1 Likes · Like Permalink | Report
Advertisements
Leave a Review (Guidelines)
You must be logged in to rate and post a review. Register an account to get started.