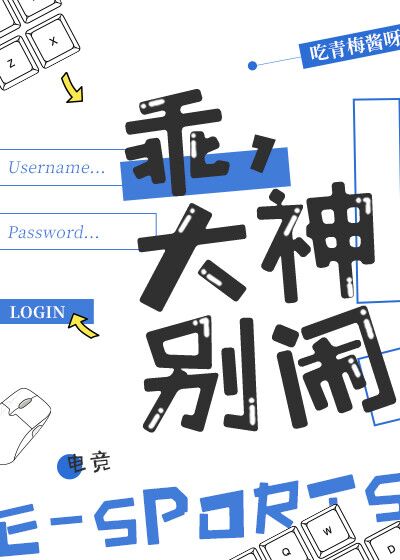 Status in Country of Origin. One entry per line
Completed (148 + 5 Extras)

Lin Xiao, who just won China’s first World trophy, got in an accident and was reborn five years later.

With the rapid development of the eSports industry, the career as professional player bloomed, the Club’s Gods circle/Professional Commentators circle/Popular MCs circle, the old friends from back then were all over the place.

The return of a King, aiming for the League, going from an unknown rookie to once again rising to the top.

These are recommendation lists which contains Good God, Stop!. You should give them a visit if you're looking for similar novels to read. Alternatively, you can also create your own list.
More Lists >>>


Write a Review
3 Reviews sorted by

if you like BL and e-sports novels like God Level Summoner than you'll probably like this as well, though there aren't as many side couples (and it's much shorter). There are lots of descriptions of pro gaming battles, so those who are here for the BL and don't care about the e-sports side of the story might get bored or impatient from time to time. MC is reborn into a body with the same name who stalked one of the professional players, confessed in public before getting rejected and committing suicide... more>> in the name of unrequited love. So he has that guys mess to clean up while coming back to the team, many of whom hate him for his public display and harassment. One thing I really liked is that
Spoiler

unlike most rebirth novels he doesn't hide who he is/was from his closest friends. He tells them he's back as soon as they notice him though it doesn't stop people not in the know from giving him the stink eye for the bodies past behavior and it causes trouble with the former object of stalking. He solves it mostly by saying he's his own apprentice

[collapse]
this novel also has the usual Chinese racism and is very nationalistic so if you're easily offended, don't bother. Reading the competition stuff through MTL is tedious and a bit confusing so I gave up. I read until chapter 65 to get a feel for it and if someone picks it up and translates it than I will read further. <<less
13 Likes · Like Permalink | Report

this novel is truly entertaining, the MC is a highly skilled player who's been transmigrated into the body of a boy with a very bad reputation. the ML is cool and aloof. Captain of the team that MC wants to join. The only issue is the og!soul in MC's body was a stalker, who harassed the ML in the past and thus, the team is against him joining the team. the prose is funny and the flow is easy going. You don't need excessive in-game knowledge, can easily imagine the game in... more>> your mind. rejoice! <<less
5 Likes · Like Permalink | Report

Lin Xiao is an e game player who died in a car accident and reborn in a body of 20 years old young man, Lin Xiao. They have same name and also playing e games. Now in his second chance in life he have to do his undone business. And to accomplish that he have to return in e games and to his old team "Black Rose". I'll give it 3.8... It's good but it didn't to hook me. Maybe because I also not a fan of e games.
5 Likes · Like Permalink | Report
Leave a Review (Guidelines)
You must be logged in to rate and post a review. Register an account to get started.