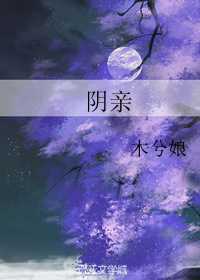 Status in Country of Origin. One entry per line
6 Chapters (Completed)

Fang Guo went to the funeral of his high school classmate Wei Wei, and on the last day before leaving slept before a tombstone.

After he woke up he participated in a ghost marriage.

He became a ghost’s wife.

Every night, Wei Ran would come to find Fang Guo to claim his rights as husband…

One entry per line
阴亲

These are recommendation lists which contains Ghost Marriage. You should give them a visit if you're looking for similar novels to read. Alternatively, you can also create your own list.
More Lists >>>


Write a Review
24 Reviews sorted by

A short story about Human Shou being one with the Ghost Gong. It was dub-con but in the end Shou found that being with someone even if it is a ghost is better than being alone. Since Ghost Gong is a wife lover, who pampers his Shou like an Emperor. Would have wanted more of their life together and exploration of how to break the news to future co-workers that you are married to a ghost or parents if Shou have any since it wasn't mentioned.
20 Likes · Like Permalink | Report

Loved it. From beginning to end this story had a weird subtle intrigue that just gets darker and more captivating the longer you read. The MC was calm and rational through everything, never losing his cool through he was going crazy on the inside. I kinda found that relatable.
Spoiler

I also love how that village of selfish pigs weren't let off. It's also kind of sad that Wei Wei's love was never fulfilled though she loved the MC as well, but at least she got her revenge.

A really thrilling horror story. This novel is actually written by the same person as "Ghost Wife" and the stories are in the same universe. The MCs of both novels are close friends. Timeline-wise, Ghost Wife coincides with the end of this novel Ghost Marriage. I'm guessing that Ghost Wife was written first mainly because...... more>>
Spoiler

In Ghost Wife, Fang Guo seemed too normal and didn't seem like someone who had already gone through the horrors of a ghost marriage and assimilated into that lifestyle. The Fang Guo in Ghost Wife got freaked out by the thought of a ghost which seems weird since he himself has been in a ghost marriage by this point in Ghost Marriage and should have already been accustom to the idea.

While Fang Guo, the MC of this novel, seemed knowledgeable in the concept of ghost marriage, he seemed more like a bystander who simply knows about it rather than someone who actually experienced it.

[collapse]
While Ghost Wife mostly touches up on the concept of ghost marriage, Ghost Marriage delves much deeper into it and the experience feels so real with all the vivid imagery. Ghost Marriage is much more explicit in detailing the horror elements and smut scenes. If this makes you feel nervous, try reading Ghost Wife first. I think it was mean't to be read in this order anyway. I personally prefer Ghost Marriage because of the thriller and emotional element. It definitely gives a different experience when the MC is the one deeply entangled in the ghost marriage (Ghost Marriage) as opposed to being a outsider who only gets a sneak peak into it (Ghost Wife). <<less
9 Likes · Like Permalink | Report

This was a good short read, do recommend. That ending was satisfying, who wouldn't want a ghost house husband?
Spoiler

a hubby who takes care of your s*x life, does the cleaning, and be greeting you by the door after work, who wouldn't be reluctant to leave??!! QAQ Now want me a ghost marriage with handsome hubby who does all the work and even gives lots of love

This was interesting because of the mystery at the start imo, those various subtle hints from his pov and how he notices bits and pieces of his own doom a bit late ofc, but if there was no plot intro spoiling it, this would probably be more thrilling to read despite how short it was. There is smut, but it wasn't like super detailed, on a scale of 1-5... 5 being extended descriptions explicitly leaving none to the imagination and 1 being short with a lot of imagination and reinterpreting choice... more>> of words. So it's probably around a 2. <<less
4 Likes · Like Permalink | Report

It made me shuddered at the beginning before the marriage scene. And made me angry after heard the backstory. But I'm glad and relieved with Ending! And the Papapa! 😌👌❤️
3 Likes · Like Permalink | Report

I'll start with the pros of the story: The story has a good premise and the translation is really well done! The writing is very good and it delivers across the meaning and the horror aspect quite well. ... more>>
Spoiler

The way some things are done to Wei Wei's grave and how the MC realizes that something is wrong but can't pinpoint it just makes the mystery and horror aspect really well done. This is also the same for the first appearance of ML

[collapse]
Now with the cons that made me give 3 stars instead of 5:
Spoiler

If you're someone who doesn't like r*pe or Stockholm syndrome then I don't recommend this story. This was not a HE in my view as the MC was forced into a ghost marriage with someone he didn't even know and the ML is forceful, mean, and not even gentle when they have s*x as you will see in both scenes that the MC keeps begging him to be gentler as it hurts a lot. The scenes feel more like r*pe than s*x which is not my cup of tea...

[collapse]
This story was not really my cup of tea but it was short so I finished it so I wouldn't keep wondering about the ending. It is pretty good and I feel like the author could have gone further with this as the ending seemed a bit rushed. Also the translation is actually really good. <<less
3 Likes · Like Permalink | Report

Im glad I gave this novel a chance! It was suspenceful and creepy, but I loved!
3 Likes · Like Permalink | Report

I rather liked this one. It was a very interesting read.
2 Likes · Like Permalink | Report

A really short thrilling horror story, interesting plot and genre. Again, read the tag before reading the story as there's r*pe and stockholm syndrome. Although, I kinda enjoyed the story but this is not something that I would re-read again. Story 7.5/10, Smut 7.5/10.
2 Likes · Like Permalink | Report

Best bl horror story I've read. It's a bit spooky but don't be discouraged to read it. The characters, the settings and most importantly the sexy part is well written. Although it's short, everything is concluded nicely. No mystery left unanswered. Highly recommended!
2 Likes · Like Permalink | Report

This story is so worth to be read. Its 4/5 couse I didn't like the super non- con rpe (but it's only the 1st i-course, so I can live with that, though I had to struggle couse of how it was (yes, I've issues)). The story is very well both written and translated. It has such unexpected depth and twists, especially for how short this is. All in (except rpe) a beautiful story, which I wouldn't mind reading more of.
1 Likes · Like Permalink | Report

So amazingly well-done This novel was just so creepy. Not just in the horror sense, though. But also in the whole stockholm syndrome theme. Even from the very beginning, there's just this unsettling feeling which continues to grow as the story progresses. And just as you thought it would get better, it gets even more unsettling. Scared me shitless, tbh.
1 Likes · Like Permalink | Report

Too short! The whole premise, the events leading up to the plot, the mystery, etc. Had so so so soooo much potential to be a longer more in depth novel. Like, maybe even just another 6 chapters just to flesh out the horror part, the history or even the feng shui master or where the secret arts ritual came from or his medium grandmother. The last chapter was just like a hurried summary and felt so disconnected from the rest of the story. I have so many questions!
1 Likes · Like Permalink | Report

Interesting plot and genre. It brought enough spookiness, but nothing too extreme being a short story. It took the cliche plots of scary ghost obsession and happy ghost attachment, turning it into a nice/mellow relationship development. I enjoyed this a lot and wouldn't mind a longer story line.
1 Likes · Like Permalink | Report

A little abrupt in some places for my tastes, but it’s actually a really good story. The plot is very thrilling with a very good horror premise. The relationship is definitely not the main focus of the story.
0 Likes · Like Permalink | Report

I really enjoyed this novel. Certainly recommended. Translation is well done. If you are a bit scared of ghost like me than you should read it at daytime. The sequel is not as good.
0 Likes · Like Permalink | Report

I'm not one who read horror stories. Especially super creepy horror story. Tried to read the first chapter, then I found that the horror is mild, truly mild compared to real horror, so I finished reading this. And considering its a HE (kinda), it's a good read.
0 Likes · Like Permalink | Report

This is new. I never know there's such thing like ghost marriage irl. 🤦‍♀️ Human is indeed the worst kind of animals. First of all, it's a great story that raise my anxiety high throughout the whole episodes. The narrative is great, the atmosphere is spooky, the people are damn suspicious, it's thrilling. Honestly, the author presents the horror aspects of the novel very well. I feel kind of uncomfortable reading this, which mean it really is a good horror novel. ... more>>
Spoiler

I got goosebumps, not sure whether it's because the story is creepy or because the ML is such a pervert. Seriously, if I were the MC, I will definitely send the ML to the priest no matter how good he is.

A really short horror story about ghost marriage. Not my usual a cup of tea (dub-con) but it was enjoyable.
I would have liked to read more about their life as married couple, and how everything will turn out in the future. I would recommend this short novel for those who likes to read something different than fluff.
0 Likes · Like Permalink | Report
1 2 Next »
Leave a Review (Guidelines)
You must be logged in to rate and post a review. Register an account to get started.