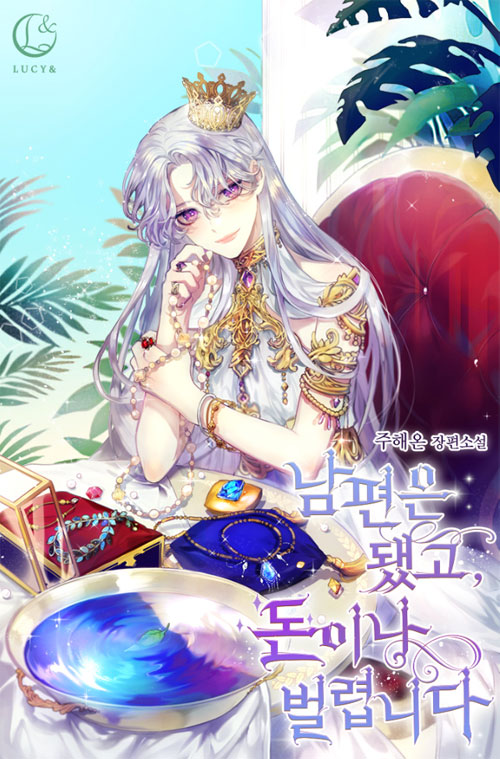 One entry per line
JU Hyeon

Status in Country of Origin. One entry per line
183 Chapters (Completed)

I became the wife of a man with a lover. Well then, I guess I have to protect his chastity?

“You can sleep on the floor then.”

“What?” His eyes said he didn’t want to.

Well, yeah. The floor was hard. Then it couldn’t be helped.

“I’ll just hold your hand and sleep. You trust me, right?”

But, how come the bed broke on my first night with my husband?

Aristine, a princess confined out of the Emperor’s sight.

When in reality, she was the owner of the [Monarch’s Sight], able to see the future, past, and present.

She, who became the sacrifice for a political marriage, was married off to a terrifying barbarian…

“The most precious things should naturally be given to my bride.”

But her husband, whose monstrosity she prepared for, was way too normal.

However, he belonged to someone else.

She might as well make the goldfields her own.

Can Aristine really achieve her dream of living freely on a pile of money?

Or will she end up killing two birds with one stone?

Remarried Empress (2)
History’s Strongest Husband (1)
Death Is The Only Ending For The Villain (1)
Shadow Queen (1)
Rather Than The Son, I’ll Take The Father (1)
I Met the Male Lead in Prison (1)

These are recommendation lists which contains Forget My Husband, I’ll Go Make Money. You should give them a visit if you're looking for similar novels to read. Alternatively, you can also create your own list.
More Lists >>>

It seems okay. The dialogue and monologues were confusing since you don't know who's talking. And I think the translator dropped this already. About the MC, I like her. Her nonchalant attitude, her ambitions, I like it. The ML seems like a person who had a lot of sexual partners and it really puts me off. I'll edit this review again once I'm finish reading this.
9 Likes · Like Permalink | Report

I don't like the male leads attitude so far and how he's just taking women and leaving them just like that! I am cheering for the MC and hope she can get her business through her husband like she wants. I mean like she should get at least that much.

this has a good potential. The plot is interesting, the MC is calculative and not a doormat. Too bad it kida got dropped hope someone would pick it up
2 Likes · Like Permalink | Report
Advertisements
Leave a Review (Guidelines)
You must be logged in to rate and post a review. Register an account to get started.