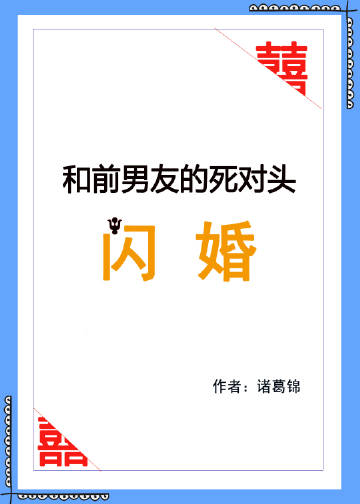 Status in Country of Origin. One entry per line
78 Chapters (Completed)

Ning Qingqing and Shen Zhiqian have dated for 9 years from high school to university, including 2 years after joining the workforce.

Their relationship was stable and they were financially stable. Everything seemed to be a matter of course; however, even after hinting at marriage multiple times, Shen Zhiqian never gave any response.

Finally, on Ning Qingqing’s 25th birthday, after giving her last hint to no avail, she resolutely turned around and flash married Shen Zhiqian’s nemesis.

On the day of the wedding, Shen Zhiqian attended the ceremony, eyes red.

It was also at this moment that he finally realized what he had lost.

This is my wedding invitation, it’s the day after tomorrow
I arrived in style, just to miss you
I chased my wife all the way, yet I’ll never catch her again

More often than not, there are only two outcomes during a slow marathon of love – either to get married or to break up.

Unfortunately, her’s was the latter, yet she was also very fortunate to have met someone even better ~

One entry per line
和前男友的死对头闪婚

These are recommendation lists which contains Flash Marriage with My Ex-Boyfriend’s Nemesis. You should give them a visit if you're looking for similar novels to read. Alternatively, you can also create your own list.
N/A

I mtled the whole thing it's a good read, communication is very vital to have a happy sound relationship the exbf clearly didn't communicate his issues, he mostly didn't make any effort basically took her for granted that she will be always there he is too at the end the result of an ugly childhood but that ain't an excuse for the mistakes or slightly scummy behaviour well if had known better worked out throughout the 9 years relationship with FL to progress perhap it could have been saved but... more>> it didn't.... ended up giving us a good couple who are working on themselves improving and finally on the road of happiness. A solid 3.9 story. <<less
1 Likes · Like Permalink | Report

A great story! I love flash marriage tropes, especially ones where the couple is willing and active in making the relationship work. ngl the concept of the MC and her ex being in a relationship for 9 years and then being married after 9 days was a bit abrupt. Essentially the ex was a great guy but clearly past trauma has left some scars on him, same with MC. they were both people hurt by their parent's relationship leading to different views on the matter... it did feel like they were built... more>> up grievances that weren't communicated well that just built to a point where they couldn't turn back anymore, but it was sad that there was no deep communication and even their relationship of 9 years they didn't know much about each other on a deep level...I believe the MC was already tired, but his indecisiveness made her give up completely. She also probably realized that, she would never be able to mix well with ex's family. Honesty, respect for EX. Despite his small human flaws and mistakes, he was not the only one to blame. The MC clearly did not communicate well either. <<less
2 Likes · Like Permalink | Report
Advertisements
Leave a Review (Guidelines)
You must be logged in to rate and post a review. Register an account to get started.