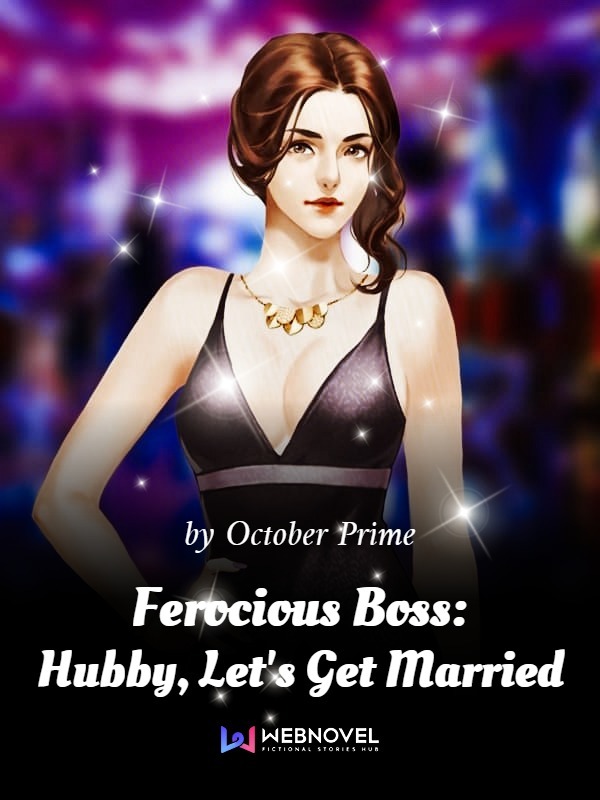 Status in Country of Origin. One entry per line
4411 chapters (Complete)

Yan Qingsi was a woman so captivating that she could change the lives of anyone she crossed paths with. Shunned, shamed, and abused by her family, they wanted nothing more than to see her turn up dead. She had other plans though — she was determined to exact revenge on all who have wronged her, and her main target was her own blood. The first step in her quest for revenge? Seducing Yue Tingfeng — the richest, handsomest man in Luo City, who also happened to be her aunt’s fiancé. Vengeance aside, she also seeks a change of fortune by pursuing a career in acting. Throughout Yan Qingsi’s journey, there will be murders and mayhem aplenty as she paves her way to movie stardom while eliminating her enemies one after the other!

These are recommendation lists which contains Ferocious Boss: Hubby, Let’s Get Married. You should give them a visit if you're looking for similar novels to read. Alternatively, you can also create your own list.
More Lists >>>

I would surely give one star. I just wanna ask the chinese authors if you guys are mentally okay or not!? Can't you right something realistic or straight. I mean each and every novel with Female protagonist, why the ML must be a yandere and clingy like hell while the FL ignores him. Are you female writers really that much deprived in your real life that you want this kinda clingy lover in your life? Shameless and rapist, sadist. Most of the ML are these and overbearing CEO. Fu*k. These... more>> kinda story disgust me. And do bear in mind to get rid off the ROMANCE tag. Hell with romance. It makes me puke. If you write urban romance and drama novel then make those realistic and not follow your twisted sickly mental stories. <<less
4 Likes · Like Permalink | Report

A story with a vile villainous couple as the lead. It is an interesting novel, though there are a few times the characters went too far or were thoughtless on the ramification of their ruthless actions on innocent bystanders. In my opinion, the FL is someone who suffered a lot till she dropped her self-respect. Yes, she threw it in the tr*sh and never looked back. But how does she get respect and acknowledgement from others when you doesn't have it for herself first? For all her [email protected] actions, I couldn't get... more>> past the underlining problem of her always projecting herself as a slut. Well, she talked like one, walked like one and still held a grudge for ages when the MC misunderstood her as one.
Spoiler

Before character development, the male lead was a jerk from 360 degrees. This inevitably led to him misunderstanding an incident and blowing his top. Then he acted like an A-hole. This led to the MC raising her guard against him for a long time even after he shamelessly rolled around like dog for her. But honestly, how does she except any guy to respect her dignity when she walked into his company meeting with bedroom talk and a near striptease in the beginning, loudly proclaiming she is his bed partner?

[collapse]
I love the MC's dirty mouth but applying common sense to it would be better.
Spoiler

The MC was too quick to resort to the "I am a slut, so what can you do about it" line every time she was attacked.

[collapse]
Good news is, character development is evident. As for the side characters, they fall into a few specific groups: The romance is developed in reasonable stages. I will unwillingly admit this. Both lead characters start out distrustful1 of people in general, so falling in love takes stages of self-realization and growth. The comedy revolves around the couple and their shameless interactions, to the hilariously helpless dismay of onlookers. Overall, it is a unique piece that fully portrays the attitude of villains. <<less
4 Likes · Like Permalink | Report

At first it was all fun and games because FL really is shameless and a vixen. But I cannot in good conscience ask anyone to read this. And it's not just because everybody's just sharing one brain cell between all of them. The cliches aren't even the worst part. ... more>>
Spoiler

FL actually killed one of her step brothers. He was in the ICU, but then she went and finished him off. This brother wasn't even particularly antagonistic towards her. And ML was complicit. That's right, folks. We have murderers as our leads.

FL goaded an innocent woman (a relative of one of her family's victims) to take revenge, possibly setting the poor girl to her own ruin.

[collapse]
I couldn't stomach reading past above spoilers. This will leave a very bad taste in your mouth. <<less
2 Likes · Like Permalink | Report

TLDR - Good read but only if you have free to semi-free time. Standard Qidian. So far, good Qidian novel. Both the characters have a shameless personality which is new. The plots are standard so far. Arc 1 (0~300) : ... more>>
Spoiler

She comes back & starts to set up her career in acting. Begins to tame the ML, completes partial vengeance. Also, many 2nd MLs are there to help out ML figure his own feelings. The fights b/w FL & ML are nice to look forward to

The ML realises his feelings, his family's backstory is revealed and she gains acceptance from the ML's family. The side MLs are properly rejected, so that's new. Proper romance developments also. There is a villain with foreshadowing of coming to the good side. Also foreshadowing that her mother was not simple.

The leads have a stable romance and the background master is now pretty active. Plot leads to ML's maternal family & the origin of FL's true maternal family. Side ship sails for earlier villain now coming to ML's team

The FL has gotten her true lineage & we kinda know who's behind FL's mother's death (since it is the standard plot). Maybe we'll have a reveal in the next 50-100 chapters?

[collapse]
The villains get deeper in building a facade as the arcs progress (Tier 1 CF, Tier 10 Mid-boss, Tier 50 Shadow master). Given that this is a Qidian novel, it is recommended that not to expect it to be too well-written. That being said, it's pretty decent. There are no sudden villains, it is clear from the get go whether a character will be pro- or anti- towards our MC if you've read enough C-Novels. <<less
0 Likes · Like Permalink | Report

Beware! First it's QIDIAN story, your typical ML CEO story. Second, read the tag, possessive, cunning, arrogant characters. Don't complain about the tag in the review! You read this story after you read the tag right? What did you expect? Now about the story, even if there's not much to say. The characters are hateful even the main characters. But as the story progress, the author could make me like them, their imperfectness, their flawless, their bad sides. It's an Actress x CEO setting with 'slightly' difference. MC is a vixen, ML... more>> is an assh*le. There is revenge, cannon fodder, blossoming love, character development, cute mother-in-law and interesting side couple story. (Funny there are a lot of yandere/clingy/possessive story in BL but people is okay with that, meanwhile in BG, that kind of lover is problematic) <<less
0 Likes · Like Permalink | Report
Advertisements
Leave a Review (Guidelines)
You must be logged in to rate and post a review. Register an account to get started.