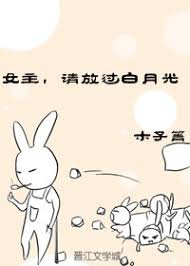 One entry per line
木子箐

Status in Country of Origin. One entry per line
159 Chapters (Completed)

In each world, there would be the ultimate blackened female lead called Lin Xia, and each of them would’ve drowned in the light of their first love, aka the moonlight. Unsurprisingly, all of these moonlights were beautiful, attracting the love and adoration of Lin Xia, but in each and every world, the moonlight would eventually leave in the end, ultimately causing the blackening of Lin Xia’s fragile heart.

Years later, when the blackened Lin Xia finally fell for another woman, the special memories of the moonlight which was buried deep within her blackened heart began to fade, replaced by the light of the true soulmate.

And when the memories of the moonlight faded to almost nothing, the moonlight returned abruptly, only to be rejected by the moved-on Lin Xia. Filled with a crazed sense of jealousy, the moonlight began to destroy the new couples’ lives, only to be hated entirely and finally, crushed cruelly by the angered female lead.

And this is where the story begins, as a world-hopper, Ye SangSang would complete her missions in these worlds.

Beauty Manufacturing System (2)
Don’t Be Jealous, I Will Bend Myself (2)
Never Dare to Abuse the Female Protagonist Again (1)
I Work Hard Every Day To Make My Husband Bankrupt (1)
Abused Female Lead And Beautiful Villainess (Quick Transmigration) (1)

These are recommendation lists which contains Female Lead, Please Let Go of the White Moonlight. You should give them a visit if you're looking for similar novels to read. Alternatively, you can also create your own list.
More Lists >>>

At first I thought the moonlight is the antagonist, who TF knew it's the MC?!? So, the MC has to follow the plot given by the system to marry the FL then abandon her and have to break the FL's relationship when she has moved on?!? I dropped this after the first arc, the MC did divorce the FL but gave birth to their child and was kidnapped 10 yrs later and locked in a golden cage. Yes, a fcking cage which has no human rights. Screw the initial fluffy... more>> moments, I became disgusted with how the author has planned this. Got suppressed both at work and at 'home', basically a s*x s*ave for the blackened FL to vent her sexual frustrations. Yet, she still have to follow the system rule of upholding the original MC's cold exterior!!! $&Amp;[email protected] Oh, and you know how she fcking completed her mission of aiding the FL to be one of the world richest woman? Just a few sentences that summarizes: "If you kept me locked up too long, I will become ret*rded and won't be able to love you. However if you became one of the world's richest woman, I'll consider giving you a chance for me to fall in love with you." Boom! 5 yrs timeskip, first mission completed. Mf. <<less
1 Likes · Like Permalink | Report

I gave this a 4 star because despite the MC and the FL hitting it off right off the bat in Ye Sangsang's first world-hop, it felt like something was missing in my own opinion? But I can't quite pinpoint to what it is that's missing: ... more>>
Spoiler

I think maybe it's the development between Ye Sangsang and Lin Xian's relationship as it went too fast and almost rushed (reading how Ye Sangsang and Lin Xian is getting married/planning to get married right away after Ye Sangsang gave her consent to marry Lin Xian). Although I didn't read the mtl for this story, the development between these two women felt rushed even though this is just the MC's first world-hop. It just felt like there was no certain rising climax between these two. But I guess I can't say for sure if I'm wrong in thinking that these two women's relationship is rushed. But maybe this is "the peace before the storm"? (I don't know *shrugs*, I've only just read the eleventh chapter of this story ^^).

[collapse]
Nonetheless, it felt very sweet and fluffy between the MC and the FL that both of them blended so well together that it made me doubt for a second just where is this yandere FL that I saw on this story's tags but also expectant on how the FL will be like as a yandere. Nevertheless, I recommend reading this story with the thought that this story felt very light in my opinion but also with the thought of anticipation that the FL might show yandere tendencies. <<less
1 Likes · Like Permalink | Report

Well, it's your typical transmigration stories but with a slight yandere FL's. Its mediocre and a bit repetitive but meh I read through the entirety of it on mtl and I did enjoy reading it (idk why)
0 Likes · Like Permalink | Report
Advertisements
Leave a Review (Guidelines)
You must be logged in to rate and post a review. Register an account to get started.