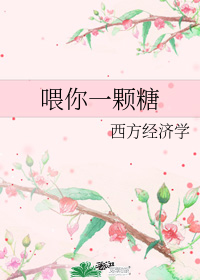 One entry per line
西方经济学

Status in Country of Origin. One entry per line
60 Chapters. Completed
50 + 10 extra

Luo Tang in Ancheng No.1 Middle School is sunny and white, and full of youthfulness, but he is also the school overlord with a cold personality and considerable fighting power.

In order to take Luo Tang down a notch, bullies from other schools gave him the nickname Tangtang.

This name succeeded in becoming a minefield for Luo Tang.

But according to a classmate, she heard with her own ears a girl who was not afraid of death and called Luo Tang, Tangtang, and instead of exploding, Luo Tang ran up to her, tail wagging.

Classmate A: Wagging his tail? Do you think Luo Tang is a puppy?

Classmate B: He’s a puppy, a soft dog among giant dogs, like…golden retriever!

Note: The ‘tang’ in Luo Tang and the Chinese for sweets/sugar sounds the same.

One entry per line
FYS
喂你一颗糖

These are recommendation lists which contains Feed You Sweets. You should give them a visit if you're looking for similar novels to read. Alternatively, you can also create your own list.
More Lists >>>

I share the same sentiments with the other reader, TheNanny. I don't understand how the ratings are low when the book is quite good. Although now, there aren't much cp action, it's a realistic paced novel. It may not be for everyone, but I can truthfully say that you won't regret reading it. So far, not much is happening, but the world building is just *chef's kiss* so much can happen, anything can happen! I really like the style of the author where they just don't throw all the information all... more>> at once. Again, it may not be for everyone, but I would recommend the novel so far! I can't emphasize more on the potential avenues the plot can go to. Though a bit cliche (seeing I read more than hundreds of Chinese novels, so naturally this is "normal" to me now) in some aspects, the characters are really <3 The maturity displayed by the female lead so far is amazing! I really like her, and I honestly can't find any fault with her. I respect her for being so patient and levelheaded. The male lead is quite cute in a sense, and I hope the author doesn't make him the possessive ceo type *rolls eyes* but so far, I can see that his character is pretty good too. The other 'minor' characters like fl'S friend and ml'S friend are hehe, the grandma, and etc. Though they aren't the quirky mom or tsundere friend or bla, I find their realistic-like characters to be very refreshing. The characters are very reasonable and lovable. Their realistic outlook and actions makes them lovable. One thing not really realistic in my opinion is the fighting, but take this with a grain of salt as I never really experienced it myself. Overall, I would recommend! Also the translation is the freaking bomb. I would like to say a big thank you to the translator for the very clean and understandable translation. They even put notes to explain certain idioms and even pictures so that we have a reference to look at! p.s. I haven't used this account in a long time but felt the need to review and rate cause the translation is especially great. So really, a big thank you to the translator. <<less
4 Likes · Like Permalink | Report

I'm not talking about how she chose to stay with her dad for 10 yrs, I'm talking about how she treats the ML coming back when she knows she likes him and he likes her and she's the one who dumped/abandoned him but forces him to pursue her AGAIN and not giving him a status or even saying she likes until the 3rd last chapter even tho when she first saw him when she came back she knew she liked him. And she also has the audacity to be like yes I've been with him for 10 yrs since high school after they finally get back together like she didn't just drop him (for her dad so it's fine but) AND DIDNT CONTACT HIM AT ALL for 8 yrs and again, made HIM CHASE HER lol. like wtf if she was a guy she would be literal scum

[collapse]
She even admits it in one chapter where she's like "I'm being cruel" as a side note realization. And I'm like yes you have been. She's lucky the ML is a hopeless romantic and a pisces. I personally didn't like this because of her and THE WRITING is like wow don't give us ANY details just skip the scene, next day, next month, next year lmao. I get surprised if the next chapter starts off where we left off in the same scene. Its not bad at all and it's still actually a "good read" to try if you want. It's not amazing at all though imo <<less
3 Likes · Like Permalink | Report

my immediate first thought after I completed reading this is how the description is actually super deceiving. Honestly, there was never such a scene not to mention my thought was that the novel would be centred around their high school days, some shenanigans from their youth, more fights with the ML being the school tyrant, even a competition or two and then it would end with them in university or after graduation like a proposal or something. I truly expected a lot of cute and fluffy high school moments of spreading... more>> love etc but it was nothing like that. the high school part is actually fleeting and nothing much about it is mentioned apart from the importance of claiming them as students and introducing the other pair of friends. that takes up half the novel and later the other half is about the couple in their adulthood. I don't want to spoil it but I can basically say that the choices they had made were both rational and realistic. tbh I let bad that she was bound by her family that way...i felt bad for her. the novel is really good tho I must say I preferred the last 10 extras a lot. the romance is cute and the ML is smooth af as a teen man its hawt! though things did seem pretty fast at the beginning the story doesn't have any plot holes...i I'm being picky it could just be small background details like when/why ML fell for her, why ML fought and named school tyrant basically small things like that. The only major dissatisfaction I can think of is how deep the characters love and affection is despite a lot of factors. mostly how I think its quite absurd how MC would so easily and almost permanently decided to go abroad for the father's treatment, not one, two or three years but 10+ YEARS!!! its understandable had he raised her or loved her super deeply but in truth he had hated her since her birth and ignored her existence for 16years only having to forcefully live with her after the MC mom dies. Even if later they start to get along it really doesn't seem like the kind of love where you'd give up your whole future nd all. IMO sending him abroad to rehabilitate and leave him in professional care is good enough while flying to meet him every month and check up on him seemed logical as their relationship wasn't all that deep. it was good yes and he tried being a better father.... idk my rant aside this is a cute read truly! The world owes me this ml. <<less
1 Likes · Like Permalink | Report

Idk y the rating is so low, Bc this is a pretty good novel to read. From what I’ve read so far, it has a good pacing and the relationship between the two main characters (and the two side characters too) is really cute and not over the top. There r a lot of fight scenes but nothing intense or graphic. And the translation is good as well, they even tell you how to pronounce certain names/words and explain the meaning of phrases used. Overall a good novel to read.
1 Likes · Like Permalink | Report

Absolutely enjoy reading the S.W.E.E.T. Love relationship between Tang Tang and Xia Xia. ❤❤ High School Sweethearts by chance (as they're neighbors as well) ; Long Separation (as family circumstances can't be avoided) and Reunited as Adults.... more>> It's first love for both Tang Tang and Xia Xia as innocent high schoolers. Their love, loyalty and dedication toward each other are very pure and commendable after weathering the long separation. They're a very S.W.E.E.T. Couple and they complement each other well. Will definitely read it again in the very near future. 💕 <<less
0 Likes · Like Permalink | Report

Very nice read. I expected a fluffy and sweet romance novel, however this was much more than that. I definitely needed a few tissues to get through this novel. Initial plot of the novel is about School life and family love and the last 10 or so chapter is about the adult life of the leads. I would definitely recommend giving this novel a try. The translator has also done a good job with this novel.
0 Likes · Like Permalink | Report

A sweet read just like our ML lol. Finished it in a day Translation was really good specially with pronunciations for names and pictures for important things attached, thanks for the efforts. Main story is completely translated only 10 extras are not. Oh and just to clarify to one of the reviews but the reason why FL couldn't leave her father alone for rehabilitation was because it's really a painful process both physically and mentally and without a good support he couldn't have completed it as mentioned in the novel itself he... more>> tried to commit suicide once that's how hard it is we have no idea how it feels Towards the end it may seem like it's getting cliche as he's being like those rich ceo's getting her work and stuff but if we think of it in real life I don't think getting help from your boyfriend is wrong when you are talented and the industry is dirty in the first place, it's a eat or get eaten world. <<less
0 Likes · Like Permalink | Report
Advertisements
Leave a Review (Guidelines)
You must be logged in to rate and post a review. Register an account to get started.

Descent of the Dragon Prince