Novel Updates
RegisterLogin
Theme
Search
Your changes has been saved.
Falling in Love With the Male God

Home >
Novel >
Falling in Love With the Male God 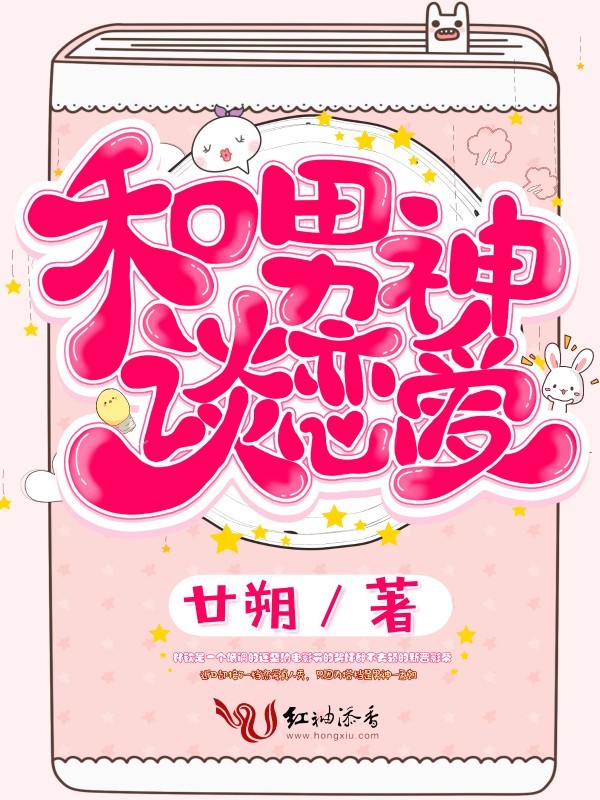 One entry per line
廿朔

Status in Country of Origin. One entry per line
98 Chapters (Completed)

One entry per line
hongxiu

Lin Qin was a low-key new film Emperor who didn’t even go to receive his award at the Cannes Film Festival.

Recently, he accepted a love reality show, just because his partner would be the male god – Meng Chao.

Meng Chao was a legend in the entertainment circle, he went to the pinnacle of his career right on his debut and was a tall, elegant and aloof male god in the eyes of fans.

For some reason, he accepted to participate in a love-reality show.

The moment he saw his partner, Meng Chao only felt his heart that had been silent for more than two decades, moved…..

The last recording (of the reality show) was by live broadcast and was at Meng Chao’s home.

These are recommendation lists which contains Falling in Love With the Male God. You should give them a visit if you're looking for similar novels to read. Alternatively, you can also create your own list.
More Lists >>>

Sakura chapters are devided, so it's around ch 31. I wouln't have started reading it on Sakura had I known before hand and wait for TsurugaKJ. Both done a good job tho. The story is quite sweet. There's probably gonna be a back story later on. No irritating feeling of cliff hangers. A cute capable Lin Gin with room to grow and a fully EQ equiped Meng Chao. What a fullfilling lead characters.
0 Likes · Like Permalink | Report

Good. Too sweet. But I like it. It's just that, (I'm not done yet reading so I dunno if there's extra infos on the next chapters) it's that the parents of LQ. What's with the divorce stuff? Just to find out that you still love each other? I can't help but regard the divorce as their "play", I feel bad for LQ that his parents are like kids in love, but the difference is that their "play" dealt more damage to LQ. Somehow it looks like they didn't include LQ... more>> in their plans during divorce stuff which irritates me the most. Hope there's a reasonable statement in the next chapters about this. It bothers my mind. <<less
0 Likes · Like Permalink | Report

Mentions of bullying/assault (NOT between MC and ML, they’re flashbacks from MC’s past) and suicide ideation. It’s only described in one chapter. MC also has a panic attack at one point.

[collapse]
Very fluffy novel about MC (Lin Qin), a multi-award winning actor with a severe case of social phobia and anxiety caused by past trauma, and his idol, ML (Meng Chao), another film emperor. Dog food galore. It's thrown in your face like buckets of confetti, lol.
The relationship between MC and ML is a bit of a whirlwind romance (ML basically falls in love at first sight and MC has had a crush on ML for many years), but the relationship is shown well and their intimacy is carefully built up through small domestic moments. ML is extremely respectful of MC’s boundaries and takes care to make sure he doesn’t scare him, and while I think MC learning to open up happens a little bit too fast, it’s really heartwarming to see him come out of his shell. There’s really a feeling of how these two were really meant for each other and I didn’t have any feeling of their relationship moving too fast. (Maybe I’m just used to it at this point, though. I’d read this somewhat like soulmates that instantly click upon meeting.) Anxiety and trauma are discussed and addressed in a surprisingly healthy and respectful manner. There’s a very mild element of “falling in love heals all” and the recovery speed is unrealistically fast, but the topic of mental illness and bullying is taken seriously and not regulated as a joke.
There are some one dimensional villains with no redeemable qualities, but they’re all face slapped and thrown out relatively quickly. ML doesn’t deal with them all by himself either, MC does his share of defending and developing himself in spite of his trauma. There isn’t a lot of dog blood drama (maybe just a drop) in this novel and I would consider it more on the fast-paced side, but I found myself really engaged in seeing MC and ML interact. The chapters are shorter than a lot of other novels, so it’s a relatively quick read despite being almost 100 chapters. MTL is super easy to parse, if you’re going down that route. I recommended it if you want to read something that rots your teeth.
24 Likes · Like Permalink | Report

Not enough! Not enough for this laozi ╥﹏╥ but this was a really good short read there are parts where I was teary because the ML is just so understanding and respectful and how MC is trying his best to overcome his social phobia. I myself have problems similar to MC and this just made me even more immersed in the plot. Their love is just the definition of what I think true love is and I hope everyone will have such a beautiful relationship
7 Likes · Like Permalink | Report

this was better than I expected. I wasn't sure about this at first because it seemed to have a shy maiden, timid small animal type MC, and a dominating ML who treats him more like a pet than a person and I tend to find that stereotype annoying rather than cute. But then the story gets going and you realize that the MC isn't that way because it's his nature, but because of past trauma and social anxiety and the ML doesn't just tease the little bunny, but sincerely wants to... more>> help him.
Spoiler

The MC suffers PTSD as well as social anxiety and the author does a good job of describing anxiety and the symptoms of a panic attack; either she's done her research or has suffered under the same problem.

[collapse]
the ML is supportive and works hard to help bring the MC out of that anxiety and while exposure therapy only helps so far IRL, in the story it was nice to see the MC slowly opening up and completely putting the past behind him. overall this is a sweet story and if it was just the little rabbit/big bad wolf dynamic I thought it would be at first it would have rated a 3. There is, however, a lot more depth than expected as it addresses traumatic themes and problems such as bullying and social anxiety in a calm and respectful way. There is a lot of warmth in the end and I finished the story with a smile. <<less
7 Likes · Like Permalink | Report

The storyline is great, but rather TL links keep sending me to ads and newspapers which make me super angry and I cant get to the TL. It started from chapter 14.
6 Likes · Like Permalink | Report

A cute novel about MC who is fan of a film emperor/Legend ML and accept to do a Loving Same-s*x live broadcasted show because ML is in it (summary describe it well). So far I keep smiling the whole time! I like MC and ML.. Their romance is early just like the tag said, ... more>>
Spoiler

at this point they already together..! So surely it will be how their couple is going to go and their relationship

MC Lin Qin is kinda awkward sometimes -he has a social anxiety disorder (there's a hint something happened to him before?) anyway but I feel like he might change, I will wait and see! However even with this condition he is very hardworking (like he got a whole notebook of his acting characters comprehension, development and all these related things), and he so cute, soft ughh I wanna protect him *_*
ML is your typical gong -overpowered, and all that! He is endearing, very encouraging, smooth and easygoing toward MC but bit cold towards others.
It is very light read right now, so I Recommend for past time. <<less

It's really typical villain and at least there's some love within the family. I really do regard this couple as couple goals. It's great to have a person to love you wholeheartedly and also a person who is willing to respect you but would not hesitate to help you come out of that shell reasonably. It's this kind of healthy relationship that shows there's beauty in falling in love even though sometimes life is not like that for others. A small warning still there's going to be a sensitive topic that's going to... more>> appear in the story. It's not too disturbing but it is still unpleasant. I hope that does not stop anyone from reading this. It is just something to bear in mind cause as someone whose emersive in reading it can be emotional. Well that's all stay healthy guys. Right now it's 2020 a lot is going on I hope this story can lighten up you guys a bit. <<less
3 Likes · Like Permalink | Report

If you like fluffy story, early romance, cute uke, mature seme then you'll like this story. Well I love dog food after all
3 Likes · Like Permalink | Report

In terms of curing anxiety disorders it is quite good and I cried when I found out that Lin Qin was being bullied by everyone in school, no one cared or helped him. I also have trauma and suffer from PTSD, panic disorder and depression. I am very afraid of big vehicles and when crossing the road I need a lot of courage. Seeing the MC's struggle to recover made me cry and wanted to hug him. Actually, their chemistry was not strong enough and it seemed like I suddenly started... more>> a relationship even though I was happy for them. For a surrogate couple (even though they only appear a little) for me it's quite annoying. I mean I don't like other couples suddenly. Actually I want to give 4 stars but I like the MC's struggle in dealing with his trauma. <<less
2 Likes · Like Permalink | Report

I love how the author portray the realistic of what having social phobia and anxiety is like. This novel was very enjoyable, I love the MC's journey of trying to step out of his comfort zone and relearn to step back in society. I also Love the ML for being with MC through this and for always having MC's back. He gives MC the encouragement and slight push when needed hoping that MC will be happy. Only thing that kinda of suck was that the ending felt a little rushed. And for... more>> the fact that we don't get to MC and ML's life after ML purposes to MC. There is no wedding scene of after the wedding scene. I'm sad that the author didn't write that. <<less
2 Likes · Like Permalink | Report

Please read this story. It's a sweet story that has some twist and turns. The secret about the MC literally bring me to tears and I just loved how the ML is always there for him. Both the ML and MC are just couple-goals and has a great personality without making you feel tired reading it. 5 stars for this story and strongly recommended
0 Likes · Like Permalink | Report
Leave a Review (Guidelines)
You must be logged in to rate and post a review. Register an account to get started.