Novel Updates
RegisterLogin
Theme
Search
Your changes has been saved.
Advertisements
Extras Are The First To Be Abandoned

Home >
Novel >
Extras Are The First To Be Abandoned 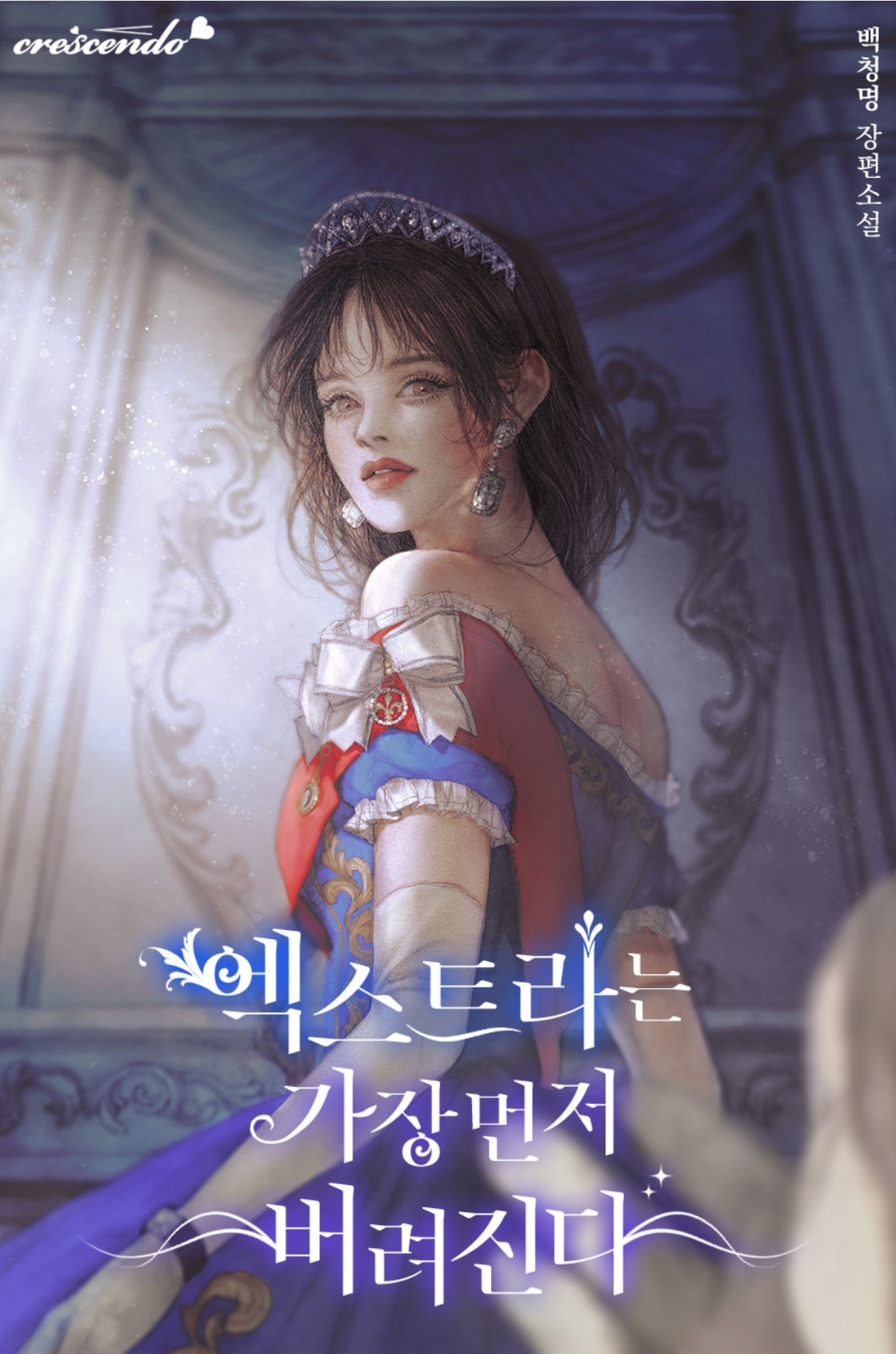 One entry per line
백청명

One entry per line
Laphet
라펫

Status in Country of Origin. One entry per line
5 Volumes: 165 Chapters (Completed)

One entry per line
crescendo
Kakaopage

“I need a replacement.”

So said my sister, the first princess of the empire.

“To be a substitute for my missing sister.”

“A tempting proposition, Your Highness. But I don’t want to.”

“Is there anything Ethel cherishes…?”

A clear threat holding my family hostage. And so I returned to the imperial family as “my own substitute”, laughing at them for not recognizing me.

***
There is one perfect ending to this skit. I won’t forgive them. They strove to win the heart of the princess who had awakened her powers, but finally she abandoned them. With that ending, I will be happy.

These are recommendation lists which contains Extras Are The First To Be Abandoned. You should give them a visit if you're looking for similar novels to read. Alternatively, you can also create your own list.
More Lists >>>

As of Ch 1, it's a great start. The translation is exceptionally readable and the initial setup is intriguing. I absolutely want to read the rest of this. Potential flaws: The combination of the synopsis and the 1st chapter while intriguing doesn't quite grab on an emotional level. The MC is a little too comfortable and isn't sufficiently wronged. There's a suspicion that there will be an outbreak of the s*upids. The MC's name Stella Ethelanche is such an obvious clue. So you have a girl the same age as the princess, same... more>> coloration, same general look, who was at the palace and shares the same name but nobody goes What if she actually is the princess?" Update as of Ch 19, the novel is wavering a bit and more problems are showing up. There seems to be numeracy issues in that Asian novel way where there's always at least 3 zeros added to money (here it's 6+ as they talk about tens of trillions of gold coins). There's quite a bit of s*upid going on as well nothing past ch19
Spoiler

Turns out the family forced the MC to be her sister's maid so you have them not only abandoning her to rebels, but going through this crap as well. Then 10 Years later they are guilt tripping and have to have her back???????????????

For a king the dad has a real bad case of foot in mouth disease. When asked if he would feel the seem way if her ability hadn't improved he equivocates. This to the daughter he ditched and is now trying to get back for reasons? (The ability maybe (doesn't seem great))

There's no hiding her identity. She's I'm back and here's the proof.

b*tchy sister has no valid motivation to bring her back, and boy is she shocked. Especially when she gets put in her place, but to be honest she's too s*upid to live

[collapse]
So now there's more to her being wronged at least but it;s still not a grabbrr <<less
11 Likes · Like Permalink | Report

Nothing is wrong with the translation. I almost read all the works of the group. It was that good for a translation group. The story itself is just TOO fast paced. I didn't enjoy it much because the development really is not a development. It's like a "given fact so get used to it" kind of thing. "Oh this happened, this is happening and that will happen" type of impression I got when I was reading this. More like a boring narration tbh. It would have been a quality gem if it... more>> was refined by the author. Still, many rough edges. Gave it 4, because the group Rain of Snow are my fave TL group. I dropped this though. Can't remember which part. <<less
1 Likes · Like Permalink | Report
Advertisements
Leave a Review (Guidelines)
You must be logged in to rate and post a review. Register an account to get started.