Novel Updates
RegisterLogin
Theme
Search
Your changes has been saved.
Advertisements
Everyone Was Obsessed With Me After I Became the Youngest Princess Favourite 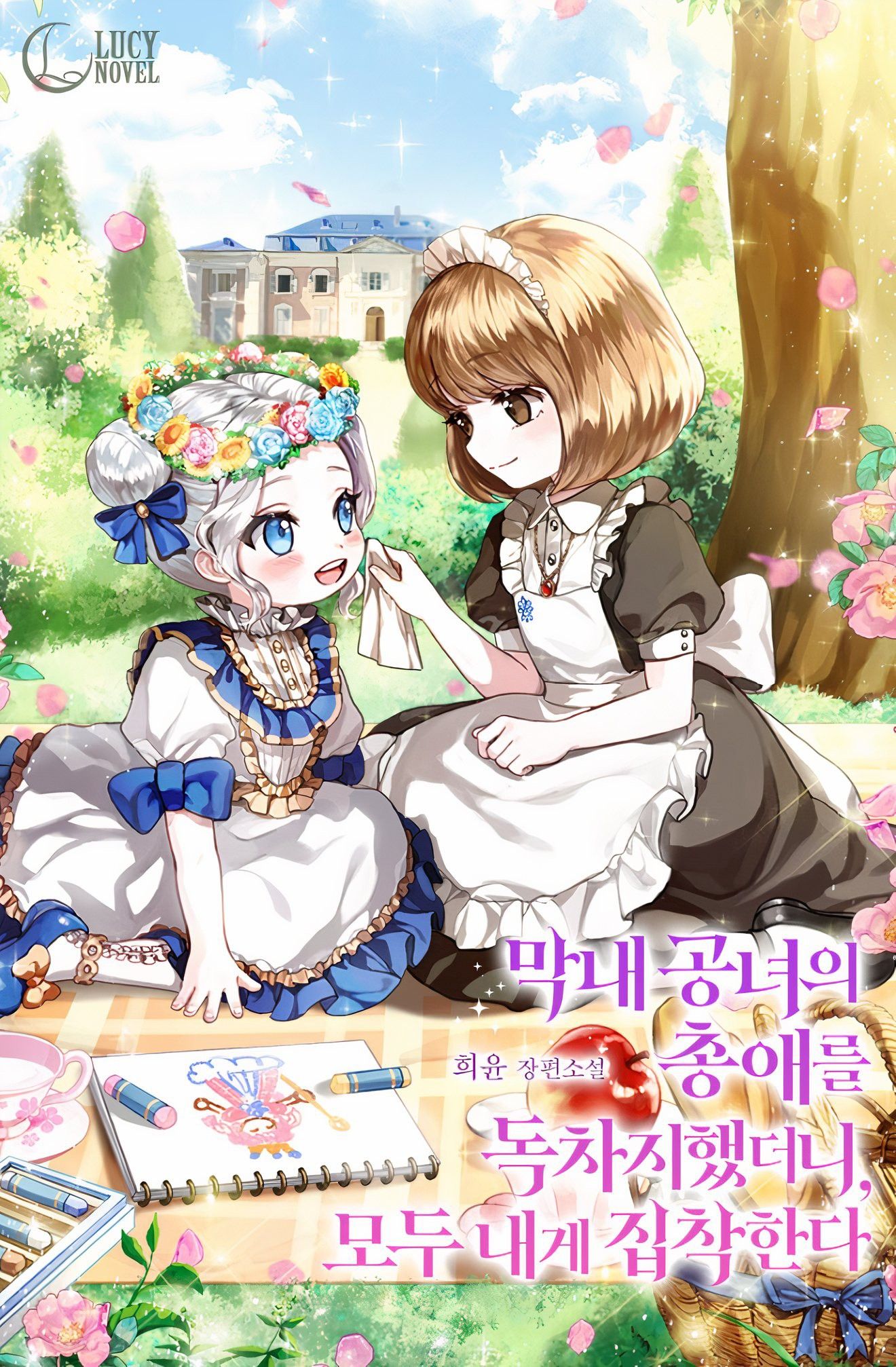 One entry per line
Ruck

Status in Country of Origin. One entry per line
143 chapters (Ongoing)

While performing my duty as a top agent of the Information Guild, a sword pierced through my chest.

I definitely thought at that time I died without a hitch…

What? 8 years old?! Back to my hellish nursery days?!!

Just then, Diana, the youngest princess of the Duke of Elrad, appeared before me.

In order not to repeat the bitter regrets of my past life, I took care of Diana, and I was going to send this lovely daughter to the Duke of Elrad… but wasn’t she too nice to me?

Then, Diana never wanted to leave me even just for a second,

“I’m sure I’ve warned you that men’s appearance isn’t everything!!”

Of course, the Duke of Elrad and his second son, who were known as indifferent to everyone except their family.

“I told you not to leave my side without my permission.”

Even the first son of the Duke, who’s famous for being cold, was acting strange!

I monopolised Diana’s affection, but why did everyone become obsessed with me?

These are recommendation lists which contains Everyone Was Obsessed With Me After I Became the Youngest Princess Favourite. You should give them a visit if you're looking for similar novels to read. Alternatively, you can also create your own list.
More Lists >>>

I like it more than I thought I would! The synopsis sounds very generic, but it seems like there’s a deeper plot going on in the background surrounding the MC’s identity and Diana’s kidnapping. I also really love the MC. She’s such a kind person. She’s not helping Diana just to grub for power, but genuinely out of care as an older teen/adult towards a child, mixed in with regret for not helping her in the past. Diana is really cute, too, and so is what I presume to be... more>> the 2nd ML! All the characters so far are likeable... except for the Duke of Elrad. This guy is scum for what he did to the kids at the orphanage.
Spoiler

Like bro, you’re an adult! You should understand that a bunch of KIDS don’t know any better! He tried to justify his actions with “they tricked me about Diana not being there, and ignored her while she was suffering, ” but he went too overboard. How could anyone be so cold hearted as to just throw a bunch of orphans onto the streets? Don’t take you’re anger out on a bunch of goddamn little children! God, it makes my blood boil thinking of the life MC lived through after losing her only home.

[collapse]
Well, I’ll just ignore the Duke cuz I’m too attached to the other characters. Overall, I highly recommend this book! <<less
6 Likes · Like Permalink | Report

So far I find this quite enjoyable, it's nice to see a daughter-father Korean novel from a different perspective. Can't wait to see their reaction. I really do hope the MC gets adopted by her most admired knight
4 Likes · Like Permalink | Report

The quality of the translation is really good and this novel is very cute with the interactions from the Duke's family and subordinates. I like that the MC uses her skills from her last life but the plot so far has not written her as an OP Mary Sue. She is still written as a child who can look up to respectable adults yet also couldn't get used to being treated with goodwill and kindness after experiencing abuse from both her past and current life. I can't wait to know... more>> more about her background which explains about her hair colour and I hope she doesn't become a Mary Sue in the future. I also look forward to the other children around her will grow after she has altered present timeline after knowing the past. <<less
2 Likes · Like Permalink | Report
Advertisements
Leave a Review (Guidelines)
You must be logged in to rate and post a review. Register an account to get started.