Novel Updates
RegisterLogin
Theme
Search
Your changes has been saved.
Advertisements
Everyday the Bigshot Roomates Are Not Very Likable

Home >
Novel >
Everyday the Bigshot Roomates Are Not Very Likable 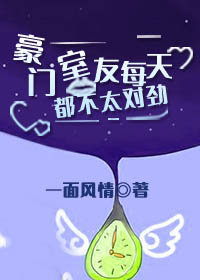 One entry per line
一面风情

Status in Country of Origin. One entry per line
75 Chapters +1 Extra (Complete)

Tang Mu was not just in name only, but also in reality(1*) a child by a previous marriage(2*). When he was ten years old, his mother remarried to a wealthy family, and he followed her to the wealthy family’s home. However, the life in the wealthy family has been a total tragedy from the very beginning.

Once he started all over again, Tang Mu knew that he was the cannon fodder in the book, and the heirs such as step-brother and step-sister were the real protagonists. His forbearance and perseverance had no effect other than adding some flavouring to other people’s lives.

On the first day of entering the university campus, the step-brother asked Tang Mu’s roommate to bully Tang Mu. Tang Mu, who had to live again, didn’t want to endure anymore, and beat all the people who bullied him.

In order to separate Tang Mu from his roommate, Tang’s mother arranged for him a new dormitory, a high school room, and a double dormitory. However, Tang Mu’s new roommate is not good news. On the first day after moving to the dormitory, the new roommate Yan Xi and his friend blocked him at the door of the dormitory to prevent him from entering…

Yan Xi’s friend: “This man is our boss. He doesn’t like to live in the same house with others. We’ll trouble you to change the place?”
Tang Mu: “The school assigned me to this dormitory. Why don’t you go out to rent a house?”
Yan Xi (smiling face): “I think you are crazy. If you have the courage to live here, you have to bear the consequences of living with me!”

A year later, Tang Mu finally knew what terrible consequences will be there of living together with Yan Xi …

Tang Mu raised his eyebrows: What do you mean to let me serve?
Yan Xi hooked the corner of his mouth: Guess?

2* derogatory term for a woman to bring one’s children into a second marriage; children by a previous marriage

One entry per line
豪门室友每天都不太对劲[穿书]

After I Possessed the Tmall Genie of the School Adonis (1)

These are recommendation lists which contains Everyday the Bigshot Roomates Are Not Very Likable. You should give them a visit if you're looking for similar novels to read. Alternatively, you can also create your own list.
More Lists >>>

70% sweet with some heartbreak in between and 100% Happy Ending ^0^) / A story about an unfortunate cannon fodder getting his second chance to live the life he deserves! There's no entanglement with the world's protagonist couple, just MC dealing with his situation and working towards a brighter future. The romance comes fast and all of a sudden for MC, developing at a sweet pace. This is probably one of the more peaceful reincarnation stories I've read; not all rainbows and sunshine but still relatively easygoing. MC is a calm and... more>> collected person, weathered by his years of forbearance in the Zhou family. In this life, he's determined to not follow down the same path as his last life and steps out on a good foot
Spoiler

thanks to his secret guardian angel, ML uwu

ML has had unrequited feelings for MC since he was a child. He's never made a move and MC is not aware of him (due to his shutting himself indoors at the Zhou home and not making friends, also due to the Zhou house). Some might find ML a little bit perverse when he watches MC from his apartment across MC's and pretty much has influence all over MC's new life away from Zhou.

Their romantic relationship develops fairly quickly despite MC's dull EQ. ML's not very good at hiding his feelings when he's with MC. An accidental eavesdrop leads to them getting together at a haunted house where MC was working part time~ adorable! Also while not explicitly described, they papapa a lot from the times MC describes his sore waist xD

[collapse]
ML is not your typical OP ML, just a rich youth who is working hard to be independent from his family. He's still a domineering CEO in the making. Both MC and ML have broken families and while busily immersed in their pink bubbles, they don't forget to try and save those closest to them (even if some may not heed or appreciate their efforts). The novel has a lot of focus on MC and ML trying to resolve their families' situations for the better A good read :D <<less
8 Likes · Like Permalink | Report

What a journey. I completed this novel in one day through mtl. I shed many tears. ... more>>
Spoiler

Both of them felt a love so strong that both were ready to sacrifice themselves for each other. Those 4 years in college were the highlight before their separation. But even with the separation, they longed for each other.

The last part of the novel is where all the conflict climaxes. MC left ML and lived out a very solidary life until ML's mom found him and decided to move him back to one of her house in the city. ML doesn't get to see him until when the mom decided she regrets separating MC and ML all for the sake of ML's dad. Though ML did find out where MC is due to MC's friend, Wang KeKe as she got together with ML's friend (Li BoChao) and Li decided to tell ML that he is in City B. She learned that the dad ain't gonna change and threw a divorce agreement to settle this scum once and for all. The mom then gave ML the location of MC's address so they can be reunited.

The extra is just the cherry as the rollercoaster ride comes to the end in the form of MC and ML getting wedded abroad and the other supporting characters get a happy life with their significant other, Guan HongTu and ML's mom, Tao Yi. Tao Yi in the end got pregnant and gave birth to a son after getting together with her admirer of 12 years difference. After Tao Yi's divorce, he pursued her.

For Guan HongTu, I actually feel like the author just wanted to tie up the story for those who deserves a happy ending. As I felt that with so many years of no communication on her side, I thought Guan HongTu would be left in an unrequited relationship. But either way, for Guan HongTu who had stayed faithful till the end, I am happy that his love is reciprocated.

Cute novel, can be a bit heavy at times, but its HE so it all ends well.
Spoiler

This is the second novel I've read where the MC and ML are forced to seperate, and I loved it, my tears are proof. This is a HE of course so they get back together (thanks god). This is a very cute novel but with the MC worrying about his death and the whole family situation. It can be a bit heavy at times.

This is a wonderful BL novel I highly recommend. I currently have at least 50+ novels I’ve started that for one reason or another, I’ve set aside - This is not one of them. I was fixated by this novel and read it in one go... until 3am! I am currently so tired that I will have to come back to leave a real review some day, but I want to say that I tire of the usual tropes and stories that all blend into each other. This is a... more>> unique and fun story I enjoyed reading despite any angst. I referred to the reviews above before reading and read a few pages/chapters before getting sucked in. I hope you take the time to read this novel, however long it may take, as it’s well worth the time spent reading! <<less
1 Likes · Like Permalink | Report
Advertisements
Leave a Review (Guidelines)
You must be logged in to rate and post a review. Register an account to get started.