Novel Updates
RegisterLogin
Theme
Search
Your changes has been saved.
Even I Have Become a Beautiful Girl, but I Was Just Playing as a Net-game Addiction

Home >
Novel >
Even I Have Become a Beautiful Girl, but I Was Just Playing as a Net-game Addiction 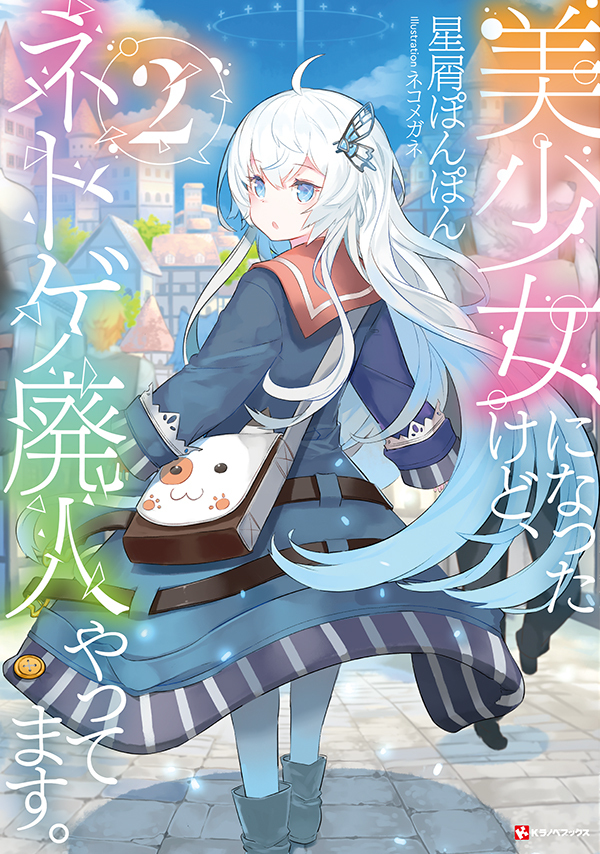 The story follows the High-schooler Futsu Jintarou, whose confession was rejected by his crush.

His misfortune continues, As news of a gender-change disease turns Jintarou into a beautiful silver haired girl. The shock of it causes him (her) to try to escape from reality by playing the VRMMO, Clan/Clan…

His game character Taru uses the same girl appearance as in the Real and the Alchemy skill, which most players call a trash skill.

He meets lots of fellow adventurers, and becomes stronger within the game world of Clan/Clan’s slogan, ‘When one becomes an adventurer, they can fight, steal, control, explore, invent, create, and do anything as they like’.

He meets a wide variety of adventurers that help him(her) grow, Taru hides what happened to his(her) appearance as a bug to his friends who also play the game, and hides the fact that he(she) had become a girl in real life.

When summer vacation is over, he(she) will have to show their face at school.

This about one of the best National-class adventurers, The story of the Alchemist who won a war without even taking a single step.

When a normal high school student suddenly turns into a beautiful girl, what would they do?

The answer is to become a net-game addict!

These are recommendation lists which contains Even I Have Become a Beautiful Girl, but I Was Just Playing as a Net-game Addiction. You should give them a visit if you're looking for similar novels to read. Alternatively, you can also create your own list.
More Lists >>>

Okay, you might be tempted to drop this very soon, but just wait. The Isekai like RPG game is... Kinda cringy and not very fun. 2/5. However, the best bit is the real life bits. Those bit is what kept me going.... more>> This novel is like one of those "90% okay, 10% amazing" novels. With the trash bits being bad but not bad enough for you to drop, and the rest being "HOLY sh*t THIS IS FUN". The first chapter I just kinda skimmed through but I could tell it's boring af. So just skip that if you'd like. I totally rate this a 4.5/5. I don't really like the MMORPG parts and that nearly made me drop it half way through. However unlike most novels the 10% good bits are like a magnet that stuck me to the novel. I know it's bad, but I can't drop it until I finally read the real life parts. Should read. EDIT: Gonna say this again, but this novel is like a fruit bowl. If you like apples, you pick out the apples, eat (read) them carefully, and enjoy it. The other fruits you could just chew faster (skim through) so that even if you don't enjoy it, the taste won't stay in your mouth. Certain parts of this novel is my cup of tea, but sometimes it's not. Then I skim through it. This is a great way to enjoy a Fruit bowl type novel. <<less
2 Likes · Like Permalink | Report

Very comfy story, but my only gripe is how the MC does not want to confess their gender-bender scenario to their own sister. With the way how the author describes their relationship, you would think the older sister is more than qualified to handle the truth bomb. But nope, the author writes the MC to have ptsd when it comes to confessing. To make it worse, its justified by the MC that s/he should avoid help altogether because they will be a burden for the sister.
8 Likes · Like Permalink | Report

If what you are looking for is a mix of "Slice of Life" and "Adventure" with a nekama (?) MC this might be the WN for you. If you are looking for actual "Romance" or "Comedy" then you should probably be looking somewhere else... Now for the actual review (as of c200) :... more>> As the title says we got a MC who turned into a beautiful girl (read: loli) but became a net game addict. First chapter could give the impression that this might be turning into some sort of romcom but for further development of the story (at least until c200) MC's crush might aswell not exist. As you might have figured out from the MC turining into a girl thing, the RL part of the story is not that much on the scientific side. The genre of this WN should be "Contemporary Fantasy" even though it might not seem as such at first. The MC spends most of his/her time online. We get the MC-doing-unusual-build-which-turns-out-to-be-OP-somehow pattern. We mostly get the MC exploring the virtual world (and sometimes the real world) in a kind of mypace style. VR world parts can be kind of bland as they tend to drag on longer then they should sometimes (though that might just be my impression as I have read similar things already). The Real world part is really interesting with lots of changes happening and how all that might or might not relate to the MC (have not read anything similar to that). Some things that might turn you off though: -The lolicon virus seems to have infected wide numbers of the population (MC fan club can be annoying) -Author increased the main cast too much => characters other than MC not getting much "screen time" -MC's intelligence should be like ~6 times that of an average person and MC is still acting like that... <<less
8 Likes · Like Permalink | Report

Gender bending stories like this still feels pointless, at least the author put in a reason why our protagonist is female in real life and as a game avatar. The VRMMO doesn't allow opposite gender avatars for some reason. And and a gender changing disease. So if you're looking for a complex story that may involve gender and body issues. This is the absolute worst story for you, go away. Authors don't put in effort for these things. 1/2 prince absolutely does this better. Anyway current chapters aren't enough to make... more>> a valid point right now. But the translator says chapter 8 is when is really starts going/gets good. Wow that's such a turn off point, anyway there are images throughout the chapters so at least there's some variety. Alchemy stuff though, it's fine. Again traditional this class sucks and no one plays it except for main character etc. Which is lame. <<less
4 Likes · Like Permalink | Report

Still early but the novel has been good so far and my only complaint would be the translator putting in random images from different anime and games. Let the readers use their own imagination. I am ok with the item icons when the character is making recipes because that can get confusing but spamming images of characters with glasses or cute fantasy girl pictures not so much.
2 Likes · Like Permalink | Report

Unless you have played Atelier series, you will probably have no clue why this alchemy-thing is interesting. As for myself, I only tried 1 of their game and I didn't like it. So, I will not comment on the alchemy part. But for everything else, it's your typical jp web novel, it's short, it lacks beefy explanation. The set up also pretty overused by now as I remember reading the same thing on this translator site. By the way, The way MC decides not to tell his family about it... more>> at first and insist on choosing alchemy is beyond normal human logic. And the way he not reacting to the gender change, as much as other novels, is bothering me which make it look like the author just put it there for convenience. Excellent translation quality as always <3 <<less
1 Likes · Like Permalink | Report

... surprisingly, it's a fun read. Pointless? Yes. Plotless? Kinda. Any fight scene? Nay. Any drama? So far, nah. Yet personally I think it's not that bad. MC seems a bit... two dimensional, but it's not even double-digit chapter so maybe I'm wrong. There's no notable aspect about this novel so far. Pretty relaxing story with no proper direction... definitely a slice of life, like, in its truest meaning. __edit—: ... it's getting really weird on later chapter. ... more>>
Spoiler

The game finally started to affect the reality. MC and her friends were forced to return back their reality into the normal one by winning battles (wars), trying to resist the plot concocted by the mastermind. Everytime they won and logged out, they were returned in different timeline. On one point, MC's family become so influential they're regarded as one of the main family in the country (lol) only second to the royal household.

Reliving the Past ~ Mage of...

the Dragon and the Sparrow