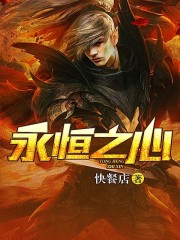 Status in Country of Origin. One entry per line
1448 Chapters (Complete)

The heart, is the backbone of life, the human body’s fatal vital point. And it can be said that Chen Yu’s heart is actually his strongest defense point, and permits him to overtake demonic beasts, or divine beasts unlimited potential.

Henceforth, he steps onto the stage and surges forth on a magnificent scale, in a heart-rending mysterious journey.

Talented as a cloud, an unparalleled supreme talent.

Only my heart, eternal!

One entry per line
永恒之心

These are recommendation lists which contains Eternal Heart. You should give them a visit if you're looking for similar novels to read. Alternatively, you can also create your own list.
N/A

This isn't really a review but more of a heads up to my fellow readers who read the author's previous book... used 2 days and read up to 400+ and I can only say that its okay and nothing more. Reason being in these 400+ chapters that I have read the plot progresses almost the same way with each other. For example heres the general outline... ... more>>
Spoiler

1. MC finds a mysterious crystal that happens to fuse with his body mysteriously.
2. MC suddenly realizes his body is mysteriously changing bcuz of the crystal (talent + cultivation speed)
3. MC start to climb his sect ranks from tr*sh to genius diciple
4. Everything's going good as usual with a few twist and turns with fellow sect disciples until boom! Suddenly an old enemy of the major sect reappears on the continent on the continent.
5. War break's out.
6. Due to some circumstances him and another cultivator is forced to leave that side of the continent as he vows to come back when he is stronger
7. Reaches other continent joins another sect (they call it college) then participates in the tournament that seems impossible for him to win and boom miracle appears he wins.
8. Goes back to his home continent and starts to sh*t on people who needs to be sh*t on.
9. Sound familiar? A lot of things are different but its still the same direction.

[collapse]
Of course a lot of things are different but the general direction of the story feels the same. Only redeeming quality I see so far is that the MC is more frivolous when it comes to the way he deals with females as he teases them and so on. Not to mention he literally has s*x early on in the story so he's a bit different in that sense but he's still retarded on the emotional aspect of his life so that. There are one and two twist and hints the author dropped in this already that show that towards the middle or end it might go a different direction but atm I'm just going to take a break off this. To readers new to this author though I recommend this actually its a decent read for when someone decides to pick it up. <<less
13 Likes · Like Permalink | Report
Leave a Review (Guidelines)
You must be logged in to rate and post a review. Register an account to get started.

Journal from Another World