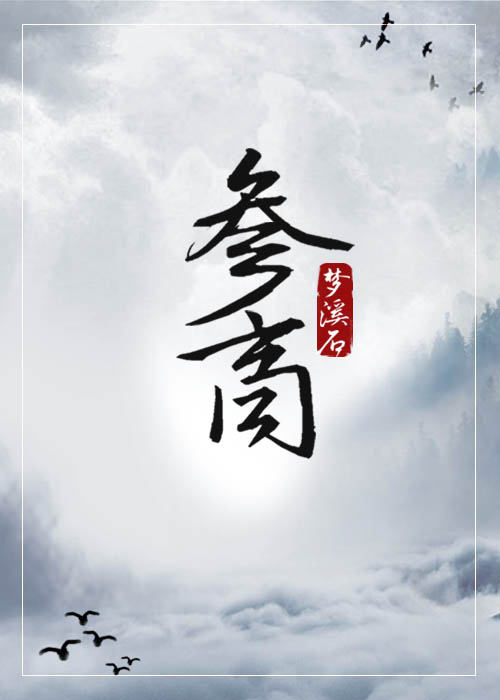 Status in Country of Origin. One entry per line
150 chapters + 5 extras

He had four disobedient disciples, who now achieved success, won recognition and established their own sects.

The embarrassing thing is that it was him who drove those four out of his sect to make them independent.

But one day he had an incident and lost his cultivation. His life was hanging by a thread. Wandering around, he walked into his third disciple’s territory.

What should I do?

Mountains and seas can be tamed, days and nights can disappear.

Only you, the exceptional you, refuse to give up.

A man blessed with fortune, the best in his generation, had an accident and started anew; broken in body but firm in spirit, he now uses his wisdom to guide his evil disciples back to the right path.

These are recommendation lists which contains Estranged. You should give them a visit if you're looking for similar novels to read. Alternatively, you can also create your own list.
More Lists >>>

As a fan of slow burn, I love this. The plot is very engaging. I think I binged this novel without sleep for 2 days and now it borderline feels like a fever dream. As mentioned in another review, the ML is:
Spoiler

[collapse]
梦溪石 is definitely one of my favorite authors and I strongly recommend you give this one a shot!
9 Likes · Like Permalink | Report

the writing and translation is just gorgeous. The premise is interesting too. Really excited for this!!!
8 Likes · Like Permalink | Report

I accidentally stumbled upon this novel, and I fall in love with it. I especially love the translator work. It's really good. And the story line is also interesting. It's about the number one person in the cultivation world, and his disciples, and how he slowly regained his honor and prestige and how he slowly fix his relationship with his disciples This novel has slow building romance. Romance may not be it main focus, but MC and his love interests (or you can say, his future dao companion), has a beautiful... more>> relationship. They balance each other well, devoted with each other, and trust each other more than anything MC has 4 disciples, and all of them has some problems with his master and their relationship estranged. Slowly, the author will tell us what happened between them, and the reason why the master and disciples relationship was broken At first, I was mtling it, because I am curious. Who is the love interest of the MC. I thought it is the 3rd disciple, and I think most of the reader will guess that too. Because even after more than 10 chapter, all we meet is his 3rd disciples. But no. He is not It's the 1st disciples, and that makes it more interesting!!
Spoiler

I actually kind guess it. Because his 3rd disciple always complain about how partial his master toward his 1st disciple. Even the way he give dao name to his disciples is different 😂. And his disciples always complain about how much master love to compare them with the 1st disciple. Even though MC doesn't admit it, but his inner monologue in later chapter, make me think that mc's 3rd disciple jealously definitely not unreasonable 😂

[collapse]
All the cultivation world know that the first disciples swear that he will kill his despicable master who betray his school Plus, in the early chapter, the 1st disciple and the master has amnesia, so, if you want to see and guess their real relationship, you have to read under the lines I love how author slowly revealed the truth behind the tragedy in the past. And the ending is also quite satisfactory If you are tired of reading a usual danmei, then reading this will give you a fresh breath
Spoiler

I love the plot where MC and his disciple travel to the past and future. So interesting

The novel is unputdownable!! (Which is to be expected though from such an author). Special thanks to the translator, without whom I could never enjoy this story. The footnotes are really helpful!
5 Likes · Like Permalink | Report

I already have some other novels of the author in my reading list but didn't start them yet. They all have high ratings and most of the reviewers say the same: "Great story, beautifully written, interesting characters and slow romance."... more>> I really love cultivation novels and hell yeah I don't mind sweet sweet BL added to it. This is about a master that had such a way of words and handling matters that every single of his 4 disciplines hate him to their cores. (Or do they?) This begins when the oh so charming - in my opinion at least - master gets "lost", loses his cultivation and some of his memories and notices a lot of time (50years) has passed and everyone thought him dead. End. Haha, ofc not but not much has happened till now (13 chapters) and I don't want to spoil much other than that the MC is really charming, seems shameless (which I personally love) and has a way with words. It's also shown that even though he lost his cultivation and is working hard to earn it back he still has a way to fight - with his words and wit most of the time. I really enjoy this novel because its written (and translated & edited thanks guys for your work!) really well and even mundane things are written in a way that you don't want to stop when you start. Also great explanations for the idioms and footnotes. (Your English isn't bad at all :P) So yeah we have 4 disciplines - most important question is: Who is the ML? Or at least its the question that drives me crazy and unable to sleep at night. Or not. But still I'm very invested and with what I read from her other novels it's probably gonna be the last chapter when we finally achieve divine enlightenment. I'll await it with bated breath. Till then I guess I'll have to be satisfied with the first one we met. I call him little tsun-tsun inside my head - because that's exactly what he is. Also our beautiful protagonist seems somewhat changed - what 50 years can do to you haha - and also a bit mellowed so I can't wait how his disciplines act to his "new me" ;) So TLDR: Interesting story, BL yees, MC is objectively and subjectively the best thing, probably (sadly) no smut And nvm Chapter 16 in my opinion makes it pretty clear who the ML is. 4, 5 shiny stars <<less
2 Likes · Like Permalink | Report
Advertisements
Leave a Review (Guidelines)
You must be logged in to rate and post a review. Register an account to get started.

Douya and the Golden Scroll: Plum...