Novel Updates
RegisterLogin
Theme
Search
Your changes has been saved.
eSports Not Streaming 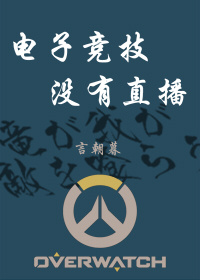 Status in Country of Origin. One entry per line
Completed (126 + 19 extras)

Two years ago, the famous teenage e-sports genius, Daylight, accused an opponent of cheating in a competitive game and then disappeared without a trace.

Two years later, the small streamer [Yingren] dominates in an Overwatch match and runs into an ice mountain that is the super famous streamer, [Kang Ming].

– YOU WERE ELIMINATED BY [YINGREN] –

It was then that Yingren finally experienced the phrase: If I made the bed, I must lie in it no matter what.

One entry per line
eSports Has No Live Stream
电子竞技没有直播

These are recommendation lists which contains eSports Not Streaming. You should give them a visit if you're looking for similar novels to read. Alternatively, you can also create your own list.
More Lists >>>

This one is heavy on gameplay The author love overwatch and painted the scenes vividly, those who didn't like game or play overwatch might find this boring. This is a gay for you kind of story so if you're offended by straight (?) Characters being gay then it's not for u MC is not a handsome guy but he's cute, youthful and thin. He have righteous persistence. Good as FPS and any shooting char. Downside is that he's young and "mentally weak" he can be discouraged, afraid, timid, and even run away, which... more>> makes his char more 3D than Gary stu. But he's getting better. ML looks half but idk if he's half lol. He's good at commentary and is the number 1 overwatch streamer/commentator (?). People always said he's MC's gold thigh LOL. He's a second rich generation but his bro run the company. Is there xenophobic remarks here? Yes.
Spoiler

One of the team member hates korean ppl because they're arrogant, call em bastard and all, bowing to strong and ridiculed the weak

MC said everyone is entitled to be arrogant if they're strong enough and not all korean are like this.

MC worship "Male God" from another country! I know, they exists!

The conflict between MC and Gim is because Gim used to belittle MC and was so arrogant. MC was shocked because that's not the Gim he knew and was wary about his judgement about Gim

ML saved him by saying ML used to "hate" MC but now he likes him. So it's what probably happened to Gim.

[collapse]
tldr: some hate koreans, some like it, but this so far didn't make them to be absolute villain. Also MC's male god is a foreigner. So that's a huge huge improvement.
I'm too lazy to MTL since the gameplay is quite heavy and will just wait for translation. <<less

Being An Isekai MC Is Easy...

What Do You Mean All Dungeons...