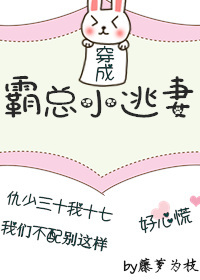 One entry per line
藤萝为枝

Status in Country of Origin. One entry per line
73 Chapters (Completed)

When she woke up, Nuonuo became a seventeen-year-old little escaped wife of a paranoid man in the book.

The male character was cold and indifferent.

The college entrance examination countdown calendar in her classroom showed two hundred days. She lowered his eyes and studied for the exam.

Under all circumstances, she just wanted to take the college entrance exam and leave him!

However, it took a long time for Nuonuo to understand the truth.

People who are loved by such paranoid men can never run.

Run? You can’t run away in this life.

One entry per line
穿成霸总小逃妻

These are recommendation lists which contains Escaped Wife of a Tyrant CEO. You should give them a visit if you're looking for similar novels to read. Alternatively, you can also create your own list.
More Lists >>>

I understand why this story has low reviews, but especially with how abusive the ML is to the MC, but read it all the way through before fully judging it. It comes full circle and it truly a joy to read. I won’t spoil it, but do recommend this story.
0 Likes · Like Permalink | Report

It should have romance as well as tragic on tags of this novel. If you can persevere through up to towards the last few chapters in the end you will get to see the better part of the story and will ended up understanding on why and what for and even liking the ML and be very happy for these couple.
2 Likes · Like Permalink | Report

Yes, the male lead is full on neurotic. However, I will admit when I got to chapters 50-60 I felt bad for him and in the end I was glad they were together.
Spoiler

To put it simply, the first death is a misunderstanding that creates a bias against the ML that is pervasive.

Now, I still don't condone his actions: the dub-con, the r*pe (she was drugged and in his rage, he didn't realize), the forced isolation segments that she has to sweet-talk her way out of. The majority of the first part of this novel is flooded with just desperation based on the belief that he will kill her. Her every action is influenced by this, and his neurotic brain sees this, and instead of finding a middle ground to talk about her fear he goes straight to nuclear solutions. None of his reactions to her are ok, desperation is NOT an excuse to treat someone the way he treated her no matter the intention. He is not likable for the first half of this story.

However, once the misunderstanding is resolved, and he pays an appropriate price, I found I no longer minded them together. He suffered and I found myself, like the heroine, softening and really feeling for this dude who is rich in money but actually has nothing. He just wanted to be loved by the person he found that he loved. He treated it like his business -ruthless and retaliatory- instead of like a romance, hence his failure in the first arc. He learns from this and in the second arc of their relationship he waits patiently and is so afraid of forcing her he only initiates intimacy if she asks for it/consents first. We can all say this is how it should have been in the first place, but it's a moot point. The point is that he learned.

BTW: some may find his love at first sight a bit creepy with his talk of her being exactly to his preferences. In the extras the author semi-explains why her by going back to the ML's past. I won't say it's explained well, but it semi-covers the plothole so there you go.

[collapse]
If you think you can soldier through 50-60 chapters of war to get to those last chapters of sweetness this is for you. If the situations I talked about bother you, I would skip this. It's really hard to see a grown-ass man force a girl, choke her etc and still talk about forgiveness/these two being together in the end. Stay for the character growth of the ML or throw out your pimp hand and a middle-finger to the author for this neurotic mess of a man. Either way, this is a wild ride lol. Usually a story like this I would throw away after the first few chapters, but somehow I found myself binging it.
10 Likes · Like Permalink | Report

Don't read further if you don't want to get spoiled. The ML sickens me out, I really hope he is not ML but it looks like he is. Our FL is 17 with a 18 year old mentality and ML is 30.
Spoiler

It sickens me out ML is a sad*st and kills FL in the beginning when she transmigrated the first time in the novel, literally strangled her. FL transmigrated again in the novel or you could say she turned back in the novel to another time. Now she still got involved with ML.

ML is plain sick I mind and FL is afraid of him, he was her murder, she hates him and is traumatized. Of course she won't let him kiss her at his B-day party in a bottle game. He even don't think FL is attractive enough, her real self is really breath taking pretty but she down played it with make up but still pretty.

He let her starve the first day and now because she is a woman who doesn't let him touch her or let him taste her, he thinks he doesn't need her and took a 17 year old to a club and want her to go to a more sadistic guy who is known to mistreat women. He thinks he can't let her die that easy (his thoughts are so sick). This all happened in the first 5 chapters, where I'm at and I won't waste my time further with a disgusting Stockholm syndron love between a normal girl and a psychopath, that's what ML is right now.

I'm disgusted with the ML, he is a plain sad*st and not an overbearing CEO.

ML suddenly try to be nice to her in a creepy way because he found she is pretty (looking like the woman he dreamed about ?!) and matches his taste. He makes a nice on her, almost raped her, gropes her and make out to her when she is sleeping. The girl just turned 18 and ML is a sick 30 year old guy. She still hates him, wants to leave and feels disgusted about his touch. As a reader it's very uncomfortable too read it and ML comes over as a pedo. She doesn't voice everything because the novel world is chaotic, like people could get away with murder, driving and sending someone to a hotel room is like easy to archive. At the moment FL want the orginal FL of the novel (her half-sister) to seduce ML so she could give her the fiancee position.

[collapse]
Nothing about translator, I just read the first chapter and thought it was well translated.
5 Likes · Like Permalink | Report

My heart hurts so bad. Thank God it was HE or else I wouldn't be able to sleep. Funny story, I actually thought there was a romance tag and I read the summary and thought the ML would be yandere (which he is). Then around chapter 50 ish I was feeling weird and everything got sad and sh*t so I went back here to check the tags thinking I missed a tragedy tag. Nope, but there was a horror tag tho. My fluff/domineering ceo loving heart was shook and read... more>> reviews asap. Then I was relieved and continued reading. But damn this book still made me cry. There's so many misunderstandings and I feel so bad for the Nuonuo. But you know who I feel worse for? Qiu Li. Why? Cause the bit*h (previous Nuonuo- the actual book character) basically cursed him. That's all I can say without spoiling. There are plenty of bad reviews but most of them have not even completed the book. All I can say is a lot of things seemed to happen. But it actually didn't and it won't really be fully explained till the final chapter. Oh well, I'm just happy they finally ended up together. <<less
4 Likes · Like Permalink | Report

I'm really skeptical about this novel and this... ML Like it's been only 2 chapters and
Spoiler

he managed to kill her after only one hour of transmigration! What the f*ck I don't know the plot twist but I'm not sure how author is going to redeem him... He looks totally nut and psycho for the moment

[collapse]
I don't have enough chapters to judge this novel so I'm going to continue read it and change the ratting depending the evolution of the story
1 Likes · Like Permalink | Report
Leave a Review (Guidelines)
You must be logged in to rate and post a review. Register an account to get started.