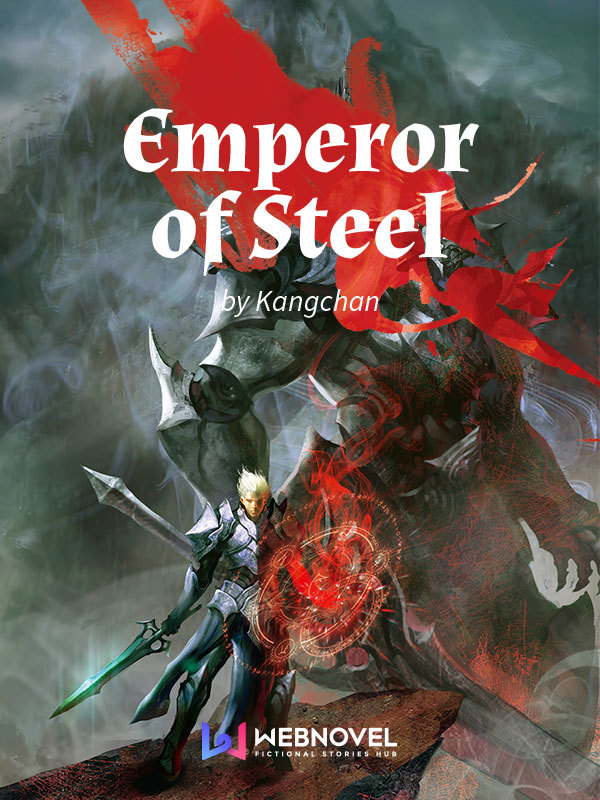 One entry per line
강찬

Status in Country of Origin. One entry per line
Complete (773 chapters)

One entry per line
PaPyrus
RidiBooks

Shaymon, the man who has achieved the apex of dark magic, is framed as being a Demon King and is killed.

He finally achieves new life but reality was cruel. Being born after 500 years, he was born as the descendent of his rival, the Sword Emperor!

One entry per line
강철대제

These are recommendation lists which contains Emperor of Steel. You should give them a visit if you're looking for similar novels to read. Alternatively, you can also create your own list.
More Lists >>>

The people talking about the magic progression (magic circles), are just wrong if you read. ... more>>
Spoiler

Luke's first life, only had him have Magi. Which is the "evil" magic or what the warlocks use. His second life has him use all three (also holy power at the end, after getting ether), which turn into ether. So I believe that him taking more time would make sense, we also never got to find out how old he was in the first life. He could have been 30 or more, so the possibility of him progressing faster could be true, just speculation at that point to call it slow.

I also believe that it was reincarnation, not just him taking over the body, just getting old memory's back.

[collapse]
I really think people are making it out to be worse than it is, like I believe that everything was given at a good pace. It was a pretty good novel. Nothing really bad about it. I really thought that, other than Luke not using more demons for power, to speed up getting magic or power (s*aves/minions), was the only thing bad. However we never found out if he could. The world building I found odd, its a very jumbled mix of a lot of thing. Like it would seem its a world like earth (medieval times), however its a mix of magic and
Spoiler

cultivation (other continent skills) ? Mixed in, wouldn't really call it that but, only thing I can think of. I think the mecha was worked in fine, they made it like a advanced golem.

[collapse]
I don't mind it, but it was just different from most novels, that will only focus on one. <<less
0 Likes · Like Permalink | Report

This one fails where RTW seamlessly succeeded. Trying to blend sci-fi and magic. This thing is so awkward with almost all its foundation elements, it's astounding the power-scaling is terrible. Where no one, including the MC himself seem to be able to see what the limits for abilities are. Feats performed at level 4 (stretching) are believed to come reasonably from someone they think is at level 2? It's brushed aside because he is a "Second coming of the Sword Emperor"? He use's abilities at level 3 that he himself... more>> reflects that should not be able to be used until level 6, but no clear reason as to why that is. Just is glanced over, that he was at the highest level before, so it's fine? Come on, no, just no with that. Then I'm seeing a guy, go against mecha on horse and win? Again, no with that, and mecha are supposed to be the established power summit of the verse? Yet they are so brittle in the face of the MC plot protection halo? This is just not good I feel this one is written by an amateur who read RTW and wanted to make something similar with mecha. I feel this story actually might have had a better shot had the author not tried to put in elements into the story that obviously don't work well. As for the other review I saw about the guy being childish for not acknowledging his former identity? I just want to say that would get him killed so fast from those around him it should be renamed "fastest way to commit suicide" you address identity issues when your fist is big enough to hammer down anyone who wants to say different. That is what maturity is, I would honestly have dropped the book on the spot had he done something so s*upid. <<less
1 Likes · Like Permalink | Report

It's for kids. He know all his allies or subordinates is alive but do nothing and make rakan family strong so he can revenge ? Wtf it's ok if he make rakan family strong then tell his loyal subordinates that he is saymon but no he just make s*upid decision he lied. It's ok to lie but lying to all people wtf. It's a f*cking turn off when he is saymon but living as a rakan descendants that kill him for it's s*upidity. I know his weak now but this... more>> idiot thinking is horrible for a man that go to war 500 years ago and called devil king <<less
1 Likes · Like Permalink | Report

Don’t waste your time on this tr*sh. It started off promising but for a 9th circle mage, he’s pretty useless. Not to mention that the mecha are his creation so I don’t understand why he’s having hard time making one himself. The thing turned me off the most is how the author expend the world. It’s at random and annoying because you can see that he’s milking the story as much as possible.
0 Likes · Like Permalink | Report

Starting was good (MC got rebirth as his enemy's descendant...... LOL) Good plot but again it changed quite sudden and all BS start to happen one after another. MC 's power level not clear at all. initial powerup quite fast but later slowed down..... it gets boring after around 100 or so chapters. (by chapter 75 he was a 5 circle then it slowed very very very much) No empire build up / very little to it.
0 Likes · Like Permalink | Report
Advertisements
Leave a Review (Guidelines)
You must be logged in to rate and post a review. Register an account to get started.