Novel Updates
RegisterLogin
Theme
Search
Your changes has been saved.
Advertisements
Dropped into Another World…

Home >
Novel >
Dropped into Another World… 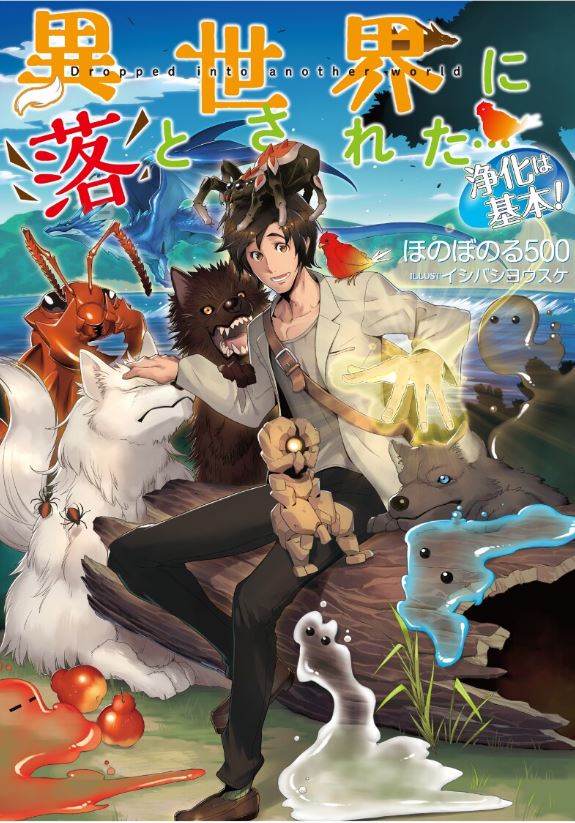 Status in Country of Origin. One entry per line
296 WN Chapters (Ongoing)

The main character was caught in a hero summoning and teleported into another world but was treated as a failure.
Another world? Magic? He doesn’t know them.
He got a lot of companions but he has no one to talk to….he made little friends, areh? Strongest?
The main character doesn’t know how to fight so he’ll live heartwarmingly in the forest.
Even so, he’ll protect his companions to the best of his ability from occasional troubles!

These are recommendation lists which contains Dropped into Another World…. You should give them a visit if you're looking for similar novels to read. Alternatively, you can also create your own list.
N/A

This story is a slow paced isekai and basically focuses mostly on the MC befriending/taming wild creatures that would typically be seen in an isekai as the enemies/villains of the endgame boss. There is drama but since it mostly focuses on the MC and his family of tamed monsters/pets its kind of funny how him helping his new family in the forest is causing problems for others, aka the villains.
Spoiler

The Main Character. One thing I like is that the MC despite being your typical OP because he has no one there to tell or train him he has to spend time figuring out how magic and things in the world work on his own. For instance when trying to figure out how to tan animals skins it took him a long while before figuring and mastering it out. Additionally although the MC starts off using "Purification" there are moments where his [Purification] doesn't work and he needs to change how he uses the spell or figure an alternate solution.

The MC is generally mild mannered and calm but he also has no qualms when ridding the curse in the forest and the Fenrir's cave that becomes his home sending it back to its source which is an attribute I like about his character despite this being a generally slow-paced calm isekai novel.
I think one of my favorite parts is when the MC makes his "golems" they are so cute how they help reconstruct the cave into the type of house the MC imagines they are a bit too hard working to the point he worries about them a little. Through the other Animal's point of view we find out fairly early on the MC is far from normal upon being isekaid to the point it scares the creatures he befriends but since he is kind to them and pats their heads they view him as their master and are eternally loyal to him. Although the MC is unaware the creatures he has befriended are classified as "monsters" even the MC has clarified some of the things he is doing would normally freak him out a little and or scare him.
[collapse]

The Villains. The Villains so far are the humans specifically a King who is using nonhuman beings as blood sacrifices for a magic power stone used to keep everything under the King's control and is the source of the curse spreading in the forest the MC arrives and lives in. Due to the MC's recent activities has made this large stone which keeps everything under the King's control has gotten a crack from the MC's purification in the forest.

Pretty standard fluff, slice of life, and isekai story. MC is alone and gains new non speaking animal companions every few chapters so far. Chapters are short and it has really slow story development so don't read if it's not your thing. Good translation quality from SHMTrans.
5 Likes · Like Permalink | Report

Chapters are really short and nothing really happens. The way he gets abilities and uses them isnt clear. Sometimes it is hard to understand what is going on.
3 Likes · Like Permalink | Report
Advertisements
Leave a Review (Guidelines)
You must be logged in to rate and post a review. Register an account to get started.

Reborn as a Basic Barista: Is...
Advertisements