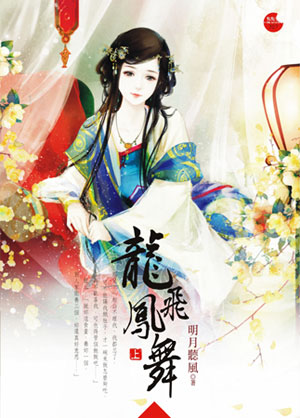 Status in Country of Origin. One entry per line
85 chapters (Completed)

“Can a person suffering from amnesia have a total change in personality?”

Other people treat her coldly, claiming she is insidious, cunning and selfish. There were even rumors of her not being a virtuous wife and having illicit affairs with other men. However, she had no such memories.

After waking up from a heavy fall and knocked her head, she is now polite, treats people in good faith, and tries her best to get on her husband’s good side. No matter what she did, the past could not be undone and despite having no memories of it, Feng Ning calmly accepts her fate and slowly tries to mend things back. But why must fate be cruel to her? What did she do in the past to deserve this? In the first place, how did she end up in this sorry state?

One entry per line
Flight of the Dragon, Dance of the Phoenix
替身娘子
龙飞凤舞

These are recommendation lists which contains Dragons Flies Phoenix Dances. You should give them a visit if you're looking for similar novels to read. Alternatively, you can also create your own list.
More Lists >>>

Sad to see this hasn't been picked up again. Interesting story where the MC is an amnesic who has lost all memories, and learns she is an abandoned wife who may have done some criminal acts against her husband's family in the past. All the way up to ch 23, it's more of a mystery as the reader tries to figure out what is the truth. Is she really married to that family? Her whole personality is completely different. If there wasn't a transmigration tag on this series, I would have originally... more>> assumed it was one of those soul swap series. From what we have learned of the clues thus far and the MC's current personality, there is absolutely no resemblance. Even if a person looses their memories, they should still have the same characteristics of the past to some degree. But in this case, the MC is completely at the other end of the personality spectrum. What's puzzling is that everyone recognizes her to be the 3rd young master's wife. In any case, I'm not sure if it's a mere mistaken identity of 2 people looking exactly alike, or whether she was a planted spy to begin with, or maybe she is really the guy's wife. I would have liked to known the truth, so it's a bit of a bummer no one has continued the translations. What prevented me from giving a higher rating was the heroine's clingy personality. After her loss of memory, she's has sudden mad martial art skills, a bottomless eating stomach, and absolute clinginess in her ideals of marriage. Given that she has trauma from how she got injured, it's quite understandable. But she comes off as too much of a unscrupulous brat for me to personally like her. She clings to her husband because she thinks of him as responsible husband behavior and is deserving of his friendship. However, despite her independent outlook on life, and bemoaning of not having any other friends; she doesn't go out and try to make new friends. Not to mention, even though she agrees about getting a divorce, she's a super enraged jealous girl of any woman that gets near to her husband. This is in even in the beginning of their relationship. I hate to see such strong heroine be in the mind frame of such strong internal dependencies on her spouse. The ultimate clingy woman who can't do without her man. Urgh I'd rather see her fight off bands of assassins, then read about her in such a clingy dither because her husband may abandon her. Overall, interesting take on a romantic story where the mystery is a lot more intriguing than the romance that is happening. Can't quite say I like either main characters though. The male character's attitude is really blasé and cruel about his wife of 3 years. Even after he comes to care for her, his attitude still doesn't seem to come across as sincere at this point. <<less
16 Likes · Like Permalink | Report

Why didn't anyone review this yet? It's quite good! Although it seems to have been dropped for a while it might get picked back up. The heroine is clueless and all alone when she wakes up but she tries her best to do whatever she can to be good to others. However no one treats her nicely other with the exception of one man. Even then he doesn't treat her too well because everyone's got a reason to hate her. Little by little she discovers secrets of her past self, but the... more>> more she knows the more mysterious it all seems. <<less
8 Likes · Like Permalink | Report

Three Words: VERY WELL THOUGHT (Can't blame me... The MC's personality might be very annoying for being clingy but the point that the author managed to create a story using that personality is amazing itself... This story doesn't have the ideal MC everyone likes, being OP and independent, and might've been annoying to most but instead having a dependent, clingy, gluttonous character... So, please don't drop the novel... Surely I'm not the only one hoping, right.???)
6 Likes · Like Permalink | Report

The real unique thing about this story is that it actually has well written fight scenes that actually describe what's going on. In most cases stories like this goes like this he used his godly martial arts skills that were super high level to defeat the enemy in the flash. In this it actually describes the fights which just stood out to me.
4 Likes · Like Permalink | Report

OMG.. I love this novel!! It is funny, yet sweet, but not lacking in drama and heart-wrenching moment as well. Sadly, it hasn't been updated for quite a while. Please, please dear nice, good translator.. Please pick up this novel again. It is too good to drop it.. Give it a try, you won't be disappointed at it.
4 Likes · Like Permalink | Report

A lovely story, cute and fluffy. The MC lost her memory and upon waking up had a complete change of character. The ML is okay. ... more>>
Spoiler

However, I can't give it a higher rating because, somehow, I wanted her to be a little more independent and not entirely depend on her husband. But she's kind of lost and needed someone so that's okay. But, the whole shenanigans about her cheating on her husband and the in-law family not liking her is a bit annoying. That the marriage is a mess is not entirely her fault. That she felt for someone else is not entirely her fault. I mean, she is ignored the whole time in that family. Her husband never touched her once. They had been married for three years. Three years! Not talking about the fact that the very marriage was humiliating.

For his defense though, he never wanted the marriage in the first place.

This novel is really a gem, definitely recommend. It's funny but cute, lots of feeling not much of that cliched overused plots. The ML and FL were cute together, and their feelings were developed nicely every chapter. The characters are all fleshed out, and I can really imagine them as real people. The only downside was that the tranlation stopped during a cliffhanger uwuwuuu. I hope this novel will be picked up one day so we all can read to the end. Just realized that this author also wrote ambiguous relationship,... more>> no wonder the dialogues were so funny XD <<less
0 Likes · Like Permalink | Report
Leave a Review (Guidelines)
You must be logged in to rate and post a review. Register an account to get started.

Reincarnation of the Cheater

The “Heroine Raising Project” is out...