Novel Updates
RegisterLogin
Theme
Search
Your changes has been saved.
Advertisements
Don’t Heal the Others

Home >
Novel >
Don’t Heal the Others 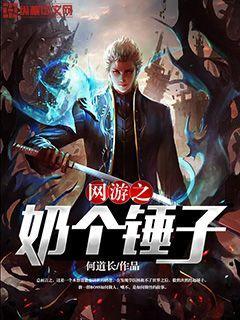 One entry per line
He Dao Zhang
何道长

Status in Country of Origin. One entry per line
579 Chapters (Ongoing)

Xiao Feng, the protagonist of the story was an ace at online games. By accident, he knew a game called Mystery which can reduce human’s energy consumption and improve the space-allocation on the earth. In this game, he hit monsters, increased his levels and met a lot of friends. However, at the same time, he was inevitably drawn into the struggle within and outside the labor union. What should he do? And what difficulties would he face? The following are his inner monologues.

I was killed in the game and asked him/her to fight offline only to find that she was a girl. What should I do?

I wanted to be a support and carry my team-mates only to find that all of them were newbies, what should I do?

Please don’t court death and let me kill the boss with the hammer!

To conclude, this story is about a support who would have liked to carry all his team-mates. However, after realizing that support could not save the world, he resolutely picked up the hammer and killed the boss in the game.

These are recommendation lists which contains Don’t Heal the Others. You should give them a visit if you're looking for similar novels to read. Alternatively, you can also create your own list.
More Lists >>>

First of all, that summary is convoluted as hell. More less up to par with similar novels like Zhan Long, translation is quite decent in terms of grammar and quality but you can tell the translator isn't a native English speaker as sentences do sound a bit stiff and there are grammatical errors here and there every chapter but it still reads fluidy, fight scenes are almost up to par to ZL as well, gaming terminology seems to just be a direct translation from Chinese and just sounds straight up wrong... more>> in some cases so that part could be improved, for example instead of 'aggro' it's just straight up 'anger' like "He attracted the mob's anger", Health Potions are just called 'drugs', all of the low level mobs are just called 'creeps'and Bosses are called 'BOSS' in all caps, I do realise other VR oriented novels also employ thst terminology but why in all caps? About the story:
Spoiler

The gist of the story as I understand it at the moment seems to be that the MC was a hopeful budding professional MOBA player who was framed in some sort of accident in order to derail his career, he survives and went into hiding but seeks revenge on the people who plotted his death, so far thats probably the gist of it. We currently have no idea of his background, who the woman who owned that cafe was, how destroying a CCTV camera after he kills the investigator erases the footage, or just how the f*ck is he a Kung-fu master ninja killer who's an expert in assassination when he was just a professional gamer.

[collapse]
Update: Know what? The more I read the dumber I feel, and I read novels with worse translation than this and power through them as long as the story is enjoyable and my bar isn't even that high but this just feels like crap, the translation is above average but the writing and story itself is bad, the MC is too random and chooses the s*upidest decisions, if there's a female in the chapter (which is more often than not) the author will dedicate so many words describing their characteristics down to a T and yet fail to properly pace the story itself, everything feels rushed and haphazard instead of the MC actually being his own person it feels as if he's being marionetted by a puppeteer with severe ADHD. <<less
16 Likes · Like Permalink | Report

OMG! Quite unique concept. Healers usually are bad at fight but he doesn't have the weakness which makes him OP & I like it. But It seems the author made MC too Naive which makes things bad. I Thought he would Solo play but I was wrong. I wonder why does he work with other selfish people. When Hes a allrounder. Naive and Ugly MC. MC made him look Old and fat in the game. For god knows what reason. It was such a waste of that concept. Its even rarer... more>> for preist to be able to deal damage than a mage player that can fight with hand to hand combats <<less
1 Likes · Like Permalink | Report

It's a quite decent harem novel where at least so far he hasn't fckd every woman that's fallen for him though the girls will find out why later. Story so far is better than most other vrmmo novels but the writing for what happens in game is a little lacking. I would recommend reading it
0 Likes · Like Permalink | Report
Advertisements
Leave a Review (Guidelines)
You must be logged in to rate and post a review. Register an account to get started.