Novel Updates
RegisterLogin
Theme
Search
Your changes has been saved.
Divorce: This is a Trivial Matter

Home >
Novel >
Divorce: This is a Trivial Matter 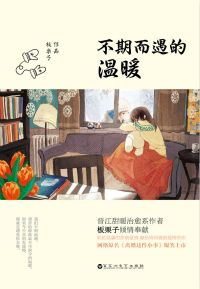 Status in Country of Origin. One entry per line
59 Chapters (Complete)

Yang Wei and Qi Xiao Yan had been married for a year and were unable to reach a consensus on any topic except one — divorce!

What they didn’t know was that there was still one more thing on which they had a strong, mutual understanding…

Are you thinking of trying to find your second spring*? In your dreams!

In short: Mr. and Mrs. Qi end up happily remarrying each other.

One entry per line
离婚这件小事

These are recommendation lists which contains Divorce: This is a Trivial Matter. You should give them a visit if you're looking for similar novels to read. Alternatively, you can also create your own list.
More Lists >>>

One of the more enjoyable installments of Chestnut's Truly Precious verse, detailing a young couple's shaky beginnings and their subsequent rocky marriage turned divorce. Despite what the summary leads people to believe, their animosity for each other isn't that great or petty. 'He scanned the living room again. Several small photo frames were arranged throughout the room, all of them featuring him and Yang Wei. He took half and placed them in his suitcase. The ones he believed he was the most handsome in, he left behind in the living... more>> room.' Well mostly. It's a lighthearted romcom fare so don't expect melodrama, just two people still madly in love with each other and leaving others scratching their head and thinking 'are you sure you guys are really over?'.
Spoiler

Qi Xiao Yan treated the divorce as more of a Cool Down Period for the both of them, because he knew if he left their personality clashes and problems attaining mutual understanding fester then they would really end up in separate ways with no chance of reconciliation.
Contrary to popular belief, his first love is his wife and not the young starlet that used to be his basketball team's manager ("Do you believe in love at first sight?" "No" "Before I met Yang Wei, neither did I.") .

He also tried to covertly understand his ex-wife's passion for art by signing up for her virtual class, which was a sweet gesture and showed his sincerity. He still worries about her well-being and checked his phone plus her social media for updates on her life as well as precautionary measures in case of emergency. He also took great efforts to make romantic gestures as her ex-husband turned boyfriend, which yielded hilarious results. All in all still a dedicated husband. Is it any wander she still choose him? Lousy second male lead aside.

[collapse]
My real beef towards this story is the lousy second make lead, even if I knew very well that the author only put him there as a plot device to move the Divorce Couple's relationship development along. Not to mention some chapters just felt unnecessary, especially the side stories regarding the second male lead. But that might be my biased view talking. <<less
18 Likes · Like Permalink | Report

A really fresh story from the author about a couple divorcing after their year of marriage. ... more>>
Spoiler

With their marriage done hastily, they did not have the time to know each more and communicate properly before marriage resulting to their divorce. Apparently, the two leads aren't really over each other and their time after divorce became somewhat like a cooling period, getting to know each other period and courting period which they did not experience before marriage.

[collapse]
Overall, it is a sweet and cute love story that will tickle your hearts. P.S. The ML endearment to the FL is so cute!! <<less
6 Likes · Like Permalink | Report

An extremely cute story where the story starts with the protagonists divorce but it still keeps you interested. The translator is also awesome so I recommend giving it a try. Even though I am only in chapter 3, I have great expectations for this story.
5 Likes · Like Permalink | Report

This is a really cute, fluffy romance novel about a couple who had a shotgun marriage and tries to fix their relationship through divorce. If you're like me and would love some light, fluffy romance, don't hesitate to read this book!
0 Likes · Like Permalink | Report
Leave a Review (Guidelines)
You must be logged in to rate and post a review. Register an account to get started.