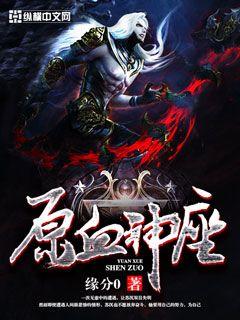 Status in Country of Origin. One entry per line
1158 Chapters (Completed)

Su Chen lost his sight in an unfortunate, unanticipated encounter. He was unwilling to give up despite suffering one of the most tragic fates possible in the human realm and fought on. Su Chen wants to use his own efforts to create a completely new destiny, both for himself and for mankind!

These are recommendation lists which contains Divine Throne of Primordial Blood. You should give them a visit if you're looking for similar novels to read. Alternatively, you can also create your own list.
More Lists >>>

MC The main character is potrayed as a smart person who outwits other people to gain an advantage whether is it in combat or poltically. He also possesses the typical shounen protagonist's willpower and will never give up. He is ruthless and thorough when necessary but his policy is not to kill when not needed. He knows how to hide his strengths and weaknesses as a lesson learnt from literally the first chapter. Some people may have a concern regarding him being lowkey though but I find nothing wrong with that.... more>> He is also thirsty for knowledge and he is not afraid of experimenting and taking risks to obtain it. So far, the other characters introduced around him (enemies, friends etc) are not all stupid which allows the immersion to not be broken. There are still characters that are introduced as dumb but there are also other intelligent characters. Interactions between the main character and such characters require a lot of effort to write and you can tell that a lot of critical thinking went into them. Kudos to the author for that. Other than that, the main character is actually fallible. He is inexperienced to romance and is many-a-times, overly confident. An example would be
Spoiler

how he wanted to enter a dangerous area known as the scarlet mountain to train for a second time. Luckily, he was warned by Night Demon and his arrogant attitude waned, causing him to adopt a more cautious approach

[collapse]
I also noticed several reviews dismissing the main character for his arrogance which is why I pointed it out here. The main character is also righteous or meddling as some would say. These flaws may not conform to some people's tastes but I can say these flaws aren't to the point of being unbearable. World building I noticed a review condemning the author for ass-pulling but it is untrue. Just because the main character has always been in the dark doesn't imply that the author is ass-pulling. I noticed this criticism in a lot of reviews for other similar novels as well. Let me explain why this criticism is stupid. You're reading from a third-person's perspective, and as a reader you would expect your protagonist to be knowledgeable about common things, however, things regarded as 'common' change as these protagonists progress and they are bound to be introduced to new concepts over time. This by no means is ass-pulling. Ass-pulling is only when the information introduced is too contrived for the main character to not know about them before hand. In this case, the main character literally started off from pallet town plus most of the information is introduced from the third-person's perspective, which is to say for the reader's sake, not for development of the plot. Other than that, there is a lot of typical exposition and infodumps, it would be a headache reading through all of them but I suggest skipping through if you have read something similar from other novels and can guess what it is about. The lore is quite interesting but things like spatial rings, forming the spirit lake or even origin runes are just a total bore to reread about and there is also a lot of irrelevant information being dumped. Power levels This one is quite confusing to be honest. There is a lack of explanation of the cultivation realms and power levels until the main character attains that very level himself. This is due to fact that the novel focuses too much on the researching the main character does. This researching is what enables the main character to stand toe-to-toe with experts that have a strong bloodline. In this novel, bloodlines are very important and people with them are regarded as nobility while people without are regarded as commoners. The main character is a commoner. In other words, the power levels are hard to grasp due to the main character's unorthodox skills. This is however, in line with the main character's ambition, which is to become an ancestor-esque figure that will lead humankind to success. Just don't expect too much information about the power levels and don't try to figure them out too much, the entire thing is up to the whim of the author. Romantic subplot I really have nothing much to say about the main female lead. She is the damsel with a lot of cliches. Nothing much to say about her... The main character, while smart, determined, charming, powerful, awesome, and fabulous, is a complete newbie to romance so some readers may cringe. Don't worry, he isn't the typical anime beta male lead, just that he is still inexperienced. Conclusion (So far) The novel follows quite a lot of cliches, other than the novel approach of blinding the main character at the start. These cliches are executed well enough to not be overly annoying and the story progresses quite nicely, with the main character growing in every aspect. - Maturity, strength, knowledge etc. So far, I'm enjoying this for its strengths and flaws alike, hopefully it maintains its quality. I'll leave another review once I catch up with the latest chapters <<less
0 Likes · Like Permalink | Report

This is a good novel with a realistic protagonist. There are very few plot armors. The protagonist does not get lucky to get strong af. He works really hard to get stronger. Even after that, he does not manage to get unreasonably strong. You can feel that from those around the protagonist as they get stronger too. The scheming aspect is very very well portrayed. It is one of the good novels that I have read. Highly recommended.
0 Likes · Like Permalink | Report

A very well structured story, the characters are entertaining and the world is interesting, it takes a unique view on culture and a class based society that isn't usually touched on in Xianxia novels, with one of the main conflicts being the fact that in modern human society the only way to enter later stages of cultivation is to have the bloodline of a magical beast, something our MC lacks. This leads to interesting but not poorly thought out conflict, the MC isn't a righteous do good always kind of... more>> fellow and has other character traits that make him interesting.
Spoiler

For the spoiler section I feel like it's worth mentioning that the first thing that made me interested in this novel was the blind MC, as I had just watched Netflix's defenders and was pretty hyped about daredevil, I wanted to see if the same concept of a blind superhero could be done in a Xianxia, the answer is no, it can't. I was mildly disappointed that the complete blinded of the MC doesn't even last past chapter 10, but as I read the novel I was okay with, having a blind MC in a world where everyone has superpowers isn't plausible as it is too much of a disadvantage, but the development of the MC into a 'Tyrant scholar' is an even more interesting direction, this MC is crazy about cultivation in a way I haven't seen before in Xianxia, except maybe from reincarnation ones where the MC already knows everything.

[collapse]
All in all a worthwhile read, my only regret is it's still ongoing. <<less
0 Likes · Like Permalink | Report

Overall an enjoyable story. The conflict isn't overdone and still within believable level. The dialogue and interaction isn't overly one sided. The direction of the plot also fine. If anything, at later chapters, MC use a lot of batman gambit planning, where he needs a lot of coincidence in its execution. While it's not that bad for me (though it's still annoyingly noticeable), for some it might be a fatal flaw. And
Spoiler

it seems went to harem direction, with the help of aphrodisiac and small accident

I love the story (barring the possibility that the author does not further develop the MC's eye powers) except for the romance which seems sappy and childish in comparison to the vicious strategies conducted by the MC.
0 Likes · Like Permalink | Report
« Previous 1 2 3 4
Leave a Review (Guidelines)
You must be logged in to rate and post a review. Register an account to get started.