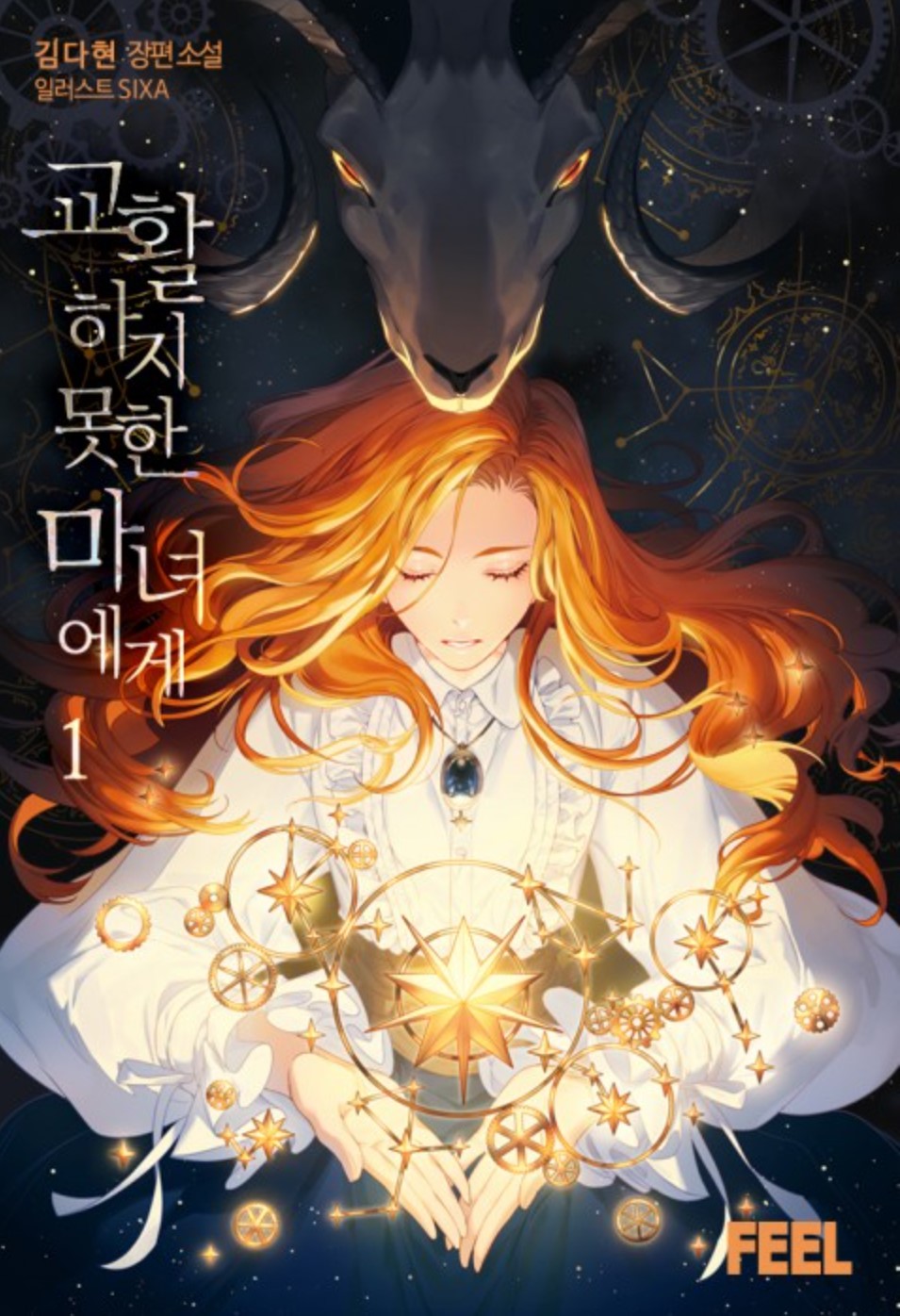 One entry per line
SIXA
식사

Status in Country of Origin. One entry per line
53 Chapters (Complete)
4 Volumes (Complete)

One entry per line
Feel
RidiBooks

An age where science was at the height of its rapid development.
The smooth lines of railroad tracks had divided Ingram’s large landmass cardinally by the time people had really noticed,
And large airships were being developed in their factories by the day in hopes for future commercial use.
The fruits of science were being shared amongst everyone.

Yet, there still existed almighty beings who could create fire in their bare hands or summon the rain on demand.
It was a supreme talent that no enlightened reasoning could explain and not even the most developed sciences could dare encroach upon.
People had revered them and regarded them with fear and awe since long ago.

Diana was an unfortunate witch who was born the daughter of a great witch but had inherited none of her mother’s talent.
“You must be the most worthless witch in existence.”
Diana had been taken in by her teacher at the tender age of seven, and the only thing she had wished for ever since
Was only to gain her independence as quickly as possible and to live together happily with Hester, her beloved older sister.

But dark clouds hang over even the path she took to finally meet her sister after having gained her independence…….

The stars had set down an ominous prophecy —what kind of future did they point to?

I Raised A Black Dragon (1)

These are recommendation lists which contains Dear Not Cunning Witch. You should give them a visit if you're looking for similar novels to read. Alternatively, you can also create your own list.
More Lists >>>

Hard to find the right words to envelope all the praise for this light novel, not only is it beautiful translated with long chapters, but the story itself is just so well written. From world building to characters, its truly astounding, able to grip your feels in all the painful yet good ways :'D. While the MC girl can get a bit annoying, she's innately a very human character (well, witch lol), she feels real with her flaws.
Long story short, I definitely recommend you read this.
1 Likes · Like Permalink | Report

I really don't know why this novel has such a low rate?!! This is a gem! Coming from the translator of Adonis, you have no reason to doubt her pick. And the translation is beautiful as always. Be ready to immerse yourself in a world of magic with 18th-century European vibe, in which witches and wizards borrow the power of stars to perform magic. You'll view the world in many perspectives. I love how the author took extra steps to describe how magic works by astronomy theories. FL: very relatable, not excessive... more>> beautiful or powerful or some sort. In fact, every character in here has their flaws and dark sides. Follow her to see her struggle and grow.
Family love is a HIGHLIGHT of this novel. If you are tired of yandere and OP characters and now craving something more mature and healthier then here is it. <<less