Novel Updates
RegisterLogin
Theme
Search
Your changes has been saved.
Close-up Encounter with My Brother’s Friend 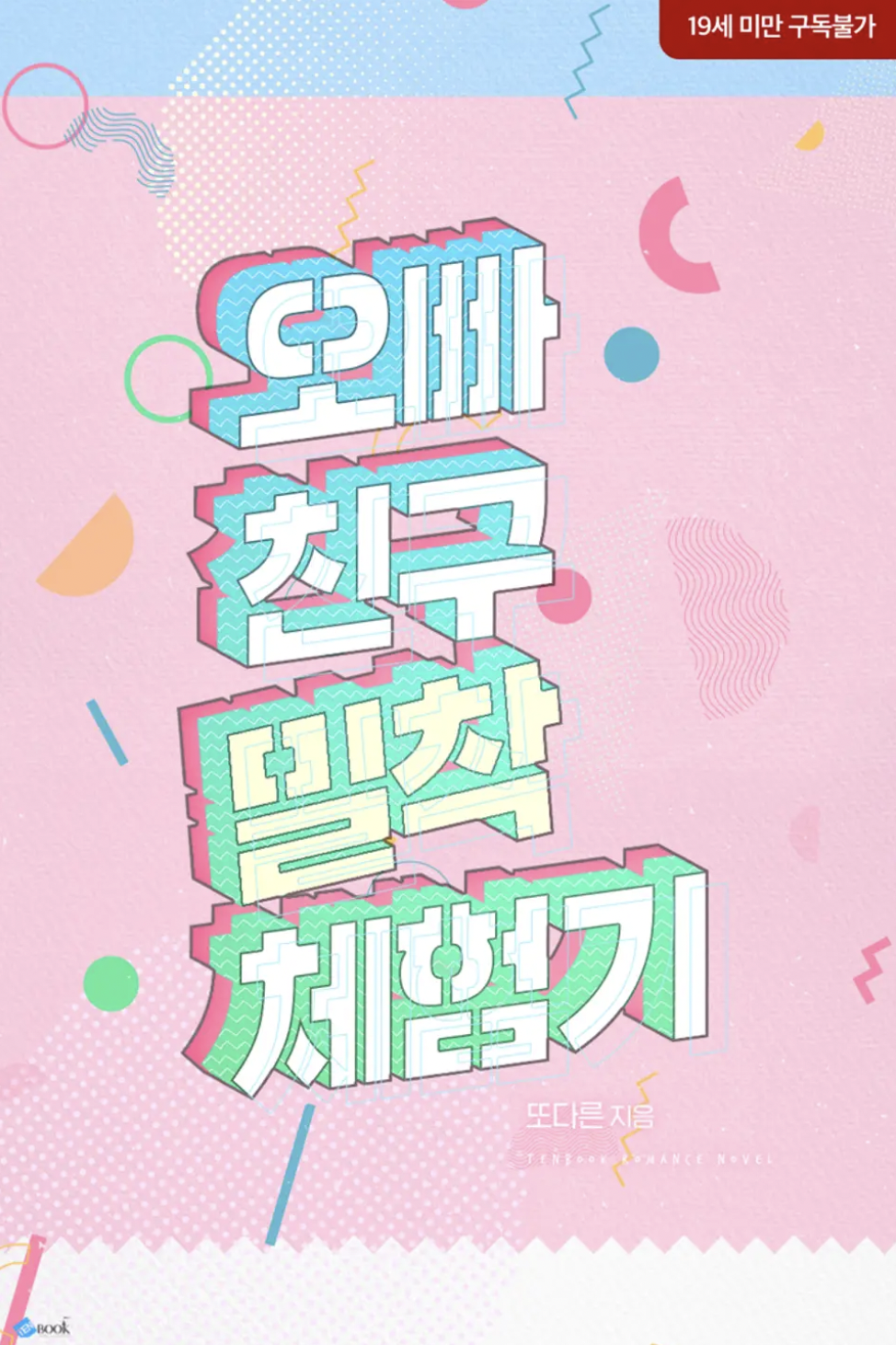 One entry per line
Another
또다른

One entry per line
Tenbook Publishing

When the time came for her to experience her first time, Daon was in complete shock.
This was because her boyfriend’s thing was incredibly small.
All the romantic fantasies she had dreamed of came shattering down in no time.

After breaking up, she only wallowed in her despair for a brief moment.
Her older brother’s friend, whom she had known since she was young, began to catch her eye.

She could see an outline of something long and thick on his right thigh.
It looks like her ideal preference remains intact.
Ba-dump. Ba-dump. Daon’s heart began to beat faster.

Love bloomed out of trivial things, but it also cracked due to trivial matters.

“What does the fact that the bastard has a small thing have to do with you kissing me?”
“You’re big, Oppa!”
“How could you possibly know that?”
“I saw it!”

“You should have hidden it better, Oppa…”

Daon continued to sneak glances at him with a carefree expression.
Whenever their eyes met, she’d start giggling. He could hardly believe this was happening.

“Sleep with me just once.”

…This was ridiculous. Seriously.

“I won’t beat around the bush. If you sleep with me just once, I think I can continue living on those memories alone.”

Secretly Meeting With My Boss (1)
Peeking into the Future (1)

These are recommendation lists which contains Close-up Encounter with My Brother’s Friend. You should give them a visit if you're looking for similar novels to read. Alternatively, you can also create your own list.
More Lists >>>

Though it starts rocky. It's a good story with hot smut scenes and MCs falling for each other in a modern day setting. Spoiler - End very cute and heartwarming
2 Likes · Like Permalink | Report

Summary: "Were my expectations too high?" Yu Daon was very ready to have her first time. However, when the moment comes, she can't help but feel disappointed by her boyfriend's size. Bemoaning the fact that her imagination got the best of her, she tries to accept the fact that no one will meet her standards. That is, until she accidentally catches a glimpse of the outline on Na WooHyun's pants. Na WooHyun knew Daon since she was in elementary school. She was the snot-nosed younger sister of his best friend. She... more>> will always be like a cute, little sister to him. But one day, she starts acting strange. The couple embarks on a secret friends-with-benefits kind of relationship. Will this grow into something more? Or will the fear of being caught extinguish any hope of turning this into something deeper? Warning: Second-hand cringe. Review: I'm used to reading a lot of angsty novels, so this was like a breath of fresh air! There isn't much of a plot, hence the 'slice-of-life' genre tag. I found this to be very funny when reading the raw text. The author is quite adept at incorporating puns and witty remarks. I'm not sure if it translated as effectively in English, but I had a blast reading it. Right off the bat, I really liked reading the dialogues between Daon and her brother. They have a typical love-hate sibling relationship, but you can tell that her older brother is very protective of her. The male lead was surprisingly possessive. At first, he comes off as an apathetic, cool-headed guy. But it doesn't take long for him to start taking steps to further their relationship from something purely physical into something more emotionally grounded. Overall, this was a quick, funny read. The female lead is quite bold and is willing to follow through to get what she wants. She is definitely not the typical demure female lead who acts shy and innocent. You often see the male lead hold her back in a comical way. I definitely recommend this if you're not in the mood for something angsty. There isn't any angst here. However, if you're in the mood for something short and light-hearted, this might be the novel for you! <<less
18 Likes · Like Permalink | Report

A promising story that turned into the same pe*ophile stereotype of an innocent girl who doesn't want s*x and doesn't know anything about it, s*upidity and illogicality, as well as a knowledgeable, cold guy who manipulates her. Perhaps I should stop reading asian smut, completely unadorned stereotypes flourish in their society. Terrible main character, ugh. I don't even have anything against a guy, but with a more interesting and adult girl, and not a naive little fool, whose main motivation turned out to be just the engine of the plot and... more>> the behavior of another "weak-willed" heroine <<less
1 Likes · Like Permalink | Report
Leave a Review (Guidelines)
You must be logged in to rate and post a review. Register an account to get started.