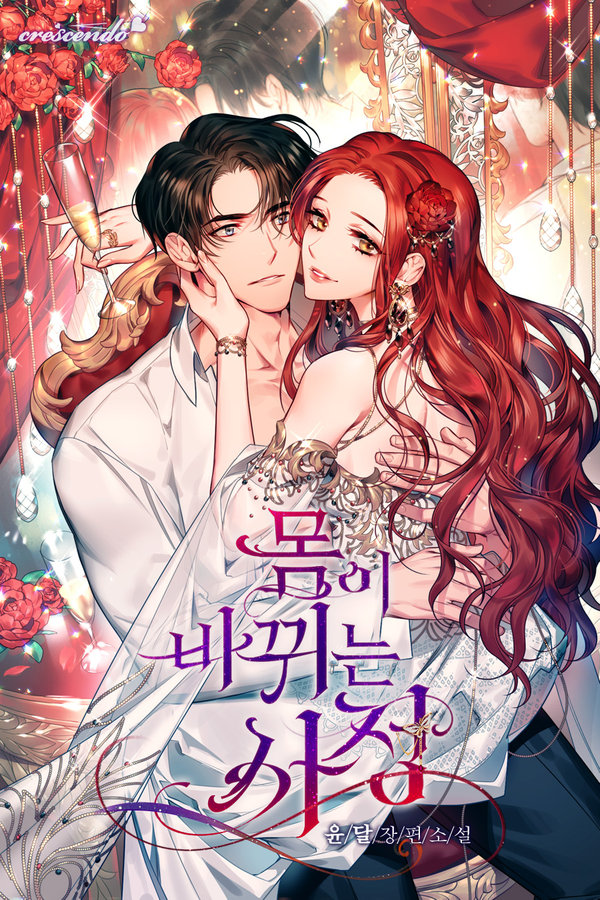 One entry per line
윤달

One entry per line
SIXA
식사

Status in Country of Origin. One entry per line
151 Chapters (Completed)

One entry per line
crescendo
Naver

One entry per line
Yonder

The Crown Prince was cursed to swap bodies with the woman he spent a night with, and due circumstance, I became the daughter of the Duke whose whole family was exterminated because they failed to produce a cure for the said curse.

To lift the curse, I seduced the indifferent prince and spent a night with him.

After ridding him of the curse and giving him the cure, I stopped paying attention to him…

“Princess, it seems you left me because you weren’t satisfied that night.”

“Let’s do it again. I’ll satisfy you this time.”

There was only one way to return to our bodies and that was to desire the other’s body. But—

“Your Highness, why did you rush all the way here?”

“I am telling you that it was a lie I told to seduce you.”

The man, who had suddenly changed, covered me with his jacket and whispered, “I would hate myself if I let you get rained on.”

These are recommendation lists which contains Circumstances of Switching Bodies. You should give them a visit if you're looking for similar novels to read. Alternatively, you can also create your own list.
More Lists >>>

Lol idk if this one should be tagged as comedy but the ml's reaction is quite funny HAHAHAHAHAHAHA I'm wheezing:'D Anyway, the story's kinda exciting. I'm looking forward for the mc's future actions. :D Accidentally clicked the 5 stars. My real rating is 4/5 because of the chapter count. I hope the translator would continue translating this novel. Their work is pretty good. I can easily understand the story thanks to them. Hopin for more chaps! Kudos to the author and translator<3
4 Likes · Like Permalink | Report
Advertisements
Leave a Review (Guidelines)
You must be logged in to rate and post a review. Register an account to get started.