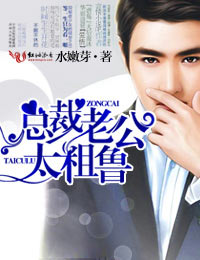 One entry per line
Shui Nen Ya
水嫩芽

Status in Country of Origin. One entry per line
236 Chapters (Completed)

One entry per line
hongxiu

That night she was plotted against by her best friend. Her dazed self was pinned underneath a strange man’s body with endless demands… A night with tumultuous emotions, she thought she lost only her innocence and a former friend she was joined at the hip with. She didn’t think she would also have to pay with her lifetime of happiness! From a company health checkup, she unexpectedly found out she was pregnant at two months. Holding her pregnancy results, Bai Yan Liang tasted a bolt from the blue for a second time. Besides being pregnant out of wedlock, she even doesn’t know who the baby’s father is and hasn’t decided if she wants the child. Another unexpected, destined coincidence happens. She finds out the person who was with her in that hotel room turns out to be the company’s chairman! Liang Xi Cheng! He is A City’s most unapproachable and arrogant, esteemed son of a conglomerate group! His grandfather was a brilliant and well-known respected director, and Liang Xi Cheng is an even more legendary business leader. Of course the most important part is: he is the brother of her former best friend! This awkward relationship gets worse: because her stomach has that unexpected mishap, she suddenly is her ex-bestfriend’s future sister-in-law…

These are recommendation lists which contains Chairman Husband, Too Boorish. You should give them a visit if you're looking for similar novels to read. Alternatively, you can also create your own list.
More Lists >>>

From this novel, it somehow reminded me of a Thai drama called Wong Wien Hua Jai. Since I was really curious as to how the story would go, I braved reading the novel through Google Translate with the it having PLENTY OF UPS AND DOWNS. And steamy moments.... more>>
Spoiler

[collapse]
I love the romance here and how the female lead is not a doormat. The male lead, though overbearing, is someone who could protect the MC. The part that made me cry the most:
Spoiler

MC gets preggers because of ML then losses the child due to a virus which was set up under the orders of Ye Qing, the anatagonist. It’s really hateful how she could kill innocent children. TWICE. The second is near the ending.

MC has to face A LOT, her mom’s accident, the truth behind her father’s death. And now, a freakin’ miscarriage. When they looked at the ultrasound photo and decided to name the unborn child hit me in the feels.

The letter that the ML wrote also made me cry because it proves how much he treasures the MC.

[collapse]
As for the second male lead:
Spoiler

She’s a psycho with a princess syndrome and she deserves more than what she got as retribution because she can destroy a life in cold blood while being happy about it. Geez, it is such a mystery how she didn’t get haunted by her deeds. Even though she got manipulated by the ML, I did not feel an ounce of pity for her.

Her father is no good too. He keeps encouraging his daughter’s misdeeds and leading her to self-destruction.

What the Ye family did boomeranged back to them in the end. I can’t really help but find it funny. Really felt that it was rushed. I would’ve loved to read about the wedding in full detail and the post-marriage lives of the MC and ML.

[collapse]
I hope that the translators would continue translating this novel because I would really love to reread it again and watch how the female lead fulfills hers dreams and gets her guy. <<less
22 Likes · Like Permalink | Report

Quite a heated read! Make sure you're reading without an audience hovering around you. It originally starts out in typical Chinese modern romance fanfare. FL gets betrayed by someone close to her and steals her fiancé. In this case, it's her best friend that steals her fiancé. Despite all that, FL walks away. However, the ex-bestfriend keeps creating all sorts of trouble for her like arranging a one night stand for the FL. Coincidentally, the stranger is the ex-bestfriend's heir of a brother, and her new boss! The beginning of the story... more>> was quite stereotypical and formulaic. However, once the plot from the first villain of the ex-bestfriend gets set aside, the plot gets darker. From intentional virus spread, murder, drug addiction and etc, it becomes intrigue after intrigue once you found it how the FL's family has ties to the ML's family all the way from 20 years ago. Although, the story gets darker, the heated smex certainly quadruples! The ML really has no concept of time and place, and is constantly on horn dog attack mode with the FL. All the dirty talk is certainly not often read in the Chinese romance novels, so beware of the smex from any location. I do wish it was a bit longer, as I would have liked to seen more of an epilogue, but it ended happily ever after with most people getting their just deserts. <<less
7 Likes · Like Permalink | Report

One of great novel, focus story of this novel about how MC & ML facing their enemy (especially from yandere childhood of ML). I like how ML face his enemy, with how he will choose between his family or his wife, how he choose to sacrifice his wife and hurt himself instead, how he struggling to get his wife heart again, and how he avenge his enemy. MC is great women, I really like her personality, she also has many sacrifice for ML. Lastly, I hope you can enjoy this novel,... more>> because this novel teach many thing especially about how to trust your partner. <<less
6 Likes · Like Permalink | Report

I like it and the updates are regular, but the length of the chapter feels like it ends prematurely every time. You are like "It's about to get to something" and bam it's over before it even starts this time again too. Like I waited 24 hours and all that happened is the MC sat down, and there was some foreshadowing to her standing up again next chapter. Literally three minutes was an entire chapter. Reading this daily is torture.
5 Likes · Like Permalink | Report

i really liked the translation so finished it in the raws. This is one of the rare novels where the ML is more in love with the FL. He really loves her and tried to hold in to her agianst all odds. The translation is of excellent quality
5 Likes · Like Permalink | Report

Actually I really like this novel but there are some parts that I don't like regarding the MC, while reading the raw chapters I found out that the MC is so pitiful. ... more>>
Spoiler

2. Later, after getting married with the ML, the MC mother got into an accident because of the ML mother and ML only said that he will do his best to make MC mother get well again.

3. Not long after that when the MC was pregnant there is someone who harmed her resulting in miscarriage.

4. Them when the MC was still studying in England she found out the ML is getting married to another girl while still being married to her because ML said he wanted to save his father by doing so.

5. After divorce, the ML spent a night with MC and in the morning the current wife of ML found out and confront MC.

Truly I pity the MC but then in the end the MC is back with ML and has a kid.

First, I'm currently at chapter 45, and all my praises to the author. So here it is... The plot is an example of the genre (drama), it isn't bad but neither great, it lacks that original twist that makes it unique.... more>> It could be any novel of Office love/ boss-subordinate affair if it weren't because conflict is writen EXCELLENTLY. Characters are three-dimensional with quirks, flaws and trademarks, though it can only apply to male and female leads because antagonist ex-best-friend and canon fodder ex-boyfriend are rather flat and the interaction between them and Main Characters are a little overdramatic. In general is an entertaining novel and easy to read (though with the job-related mistakes the female lead does makes me want to puke blood, the blow to my strict working policy is real) So translators, please don't drop it and... (ง •̀_•́) ง fighting! <<less
3 Likes · Like Permalink | Report
Leave a Review (Guidelines)
You must be logged in to rate and post a review. Register an account to get started.

Heroes of the Past
Advertisement