Novel Updates
RegisterLogin
Theme
Search
Your changes has been saved.
Can Drink A Cup of Nothing

Home >
Novel >
Can Drink A Cup of Nothing 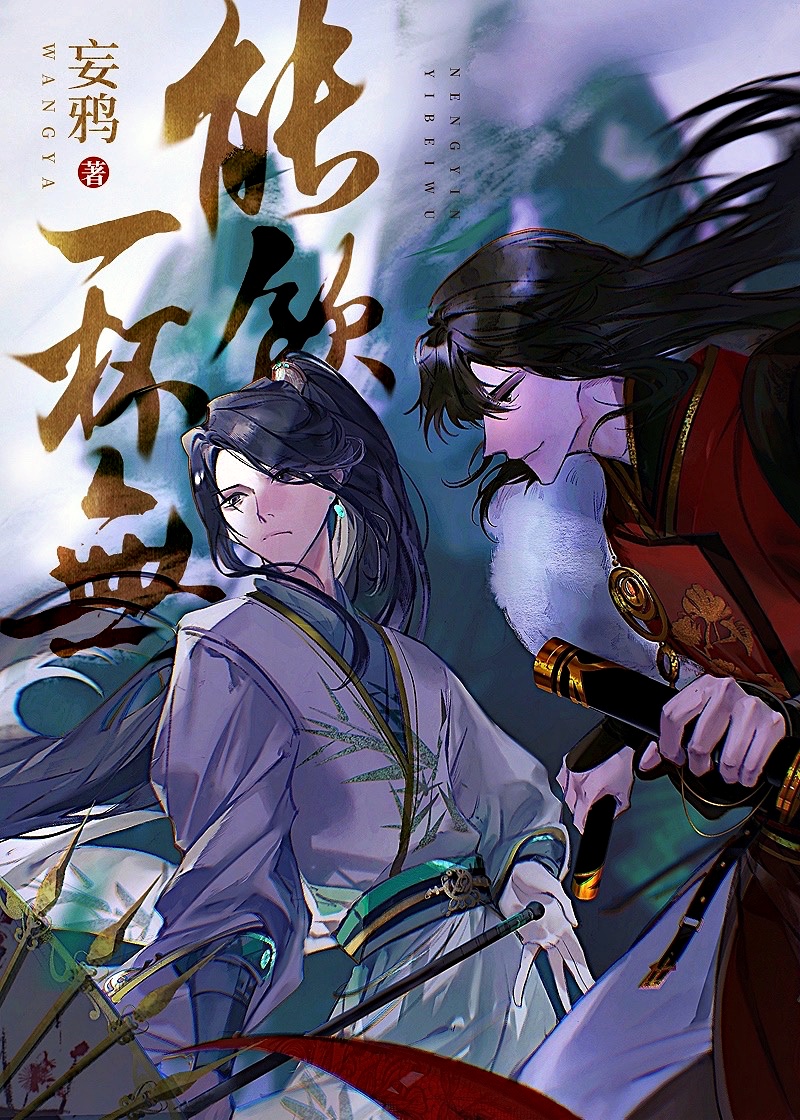 One entry per line
Raven
Wang Ya
妄鸦

Status in Country of Origin. One entry per line
169 chapters (completed)

The Third Prince, Zong Luo, and the King of Beining, Yu Beizhou, have been at odds with each other.

Water and fire were never compatible. Their tit-for-tat confrontation was exhaustible.

Unfortunately, things went awry. After an imperial edict came, Zong Luo laughed facing the heavens. His ink hair was scattered, and he closed his eyes and committed suicide under the city gate.

However, he woke up again.

Following that, he became entwined with Yu Beizhou once more, till death eventually came upon him.

His enemy’s face was stunning, flamboyant, and sinful. Only after staring at him did he only notice a little bit of light floating within his unfathomable eyes.

“Senior martial brother,” Yu Beizhou said in a low voice, grasped his sword in hand, and touched his eyebrows intimately, “We meet again.”

That night, Zong Luo had a dream.

He dreamed that after his death, the man sewed up his uncollected body, and kept it in an ice coffin for nine years.

Glory, wealth, and world domination that will last for thousands of generations- Zong Luo didn’t want it, but Yu Beizhou got it all.

However, no one knows that after going to court every day, after the tyrant dismissed the palace servants, he would walk into the cold bed chamber alone.

“Senior martial brother, it’s already nine years.” Yet it’s still so cold no matter how warm it is.

“I hate you so much.” He held the body in his arms and muttered to himself.

-Hate is the strongest form of love-

These are recommendation lists which contains Can Drink A Cup of Nothing. You should give them a visit if you're looking for similar novels to read. Alternatively, you can also create your own list.
More Lists >>>

It's a really good story that developed in a way that I really didn't expect, both in the general plot or the plot twists themselves. The summary might have you thinking it's one of those typical yandere stories, and it is (sorta) ; but it slowly becomes more of a father-son story with almost a majority of the plot devoted to our MC, the third prince Zong Luo, and his father, the emperor. Zong Luo is honestly pretty nice, he doesn't thirst for power or the throne, instead he yearns... more>> for familial affection and the approval of the emperor. It's surprisingly heartwarming to see how the relationship between the two develops as misunderstanding from the first life get resolved. As for the romance, it's honestly mostly a subplot for about the first 110 chapters and then dragged into becoming the main plot in the last 59. The romance is honestly a true "Enemies to Lovers" plot, because they really did hate each other at first, and for those who hate back and forth/dancing around the issue type romances I would honestly warn against this. I personally ended up loving the pair, but still take note. As for the bad, mostly I think the author was in over their head with how many people they had in the cast. I could name at least two or three side characters that were supposed to be important but just ended up either fading off at the end or had really weak resolutions. One of them especially had a lot of build up in the beginning and seemed really important only to end up having a really weak ending that was basically a couple sentences. There's also a couple of times where Zong Luo acts very tired and done with the back and forth nature of the love hate relationship with YBH and dramatically acts like he's giving up on them but it never actually amounts to anything and is backtracked in a few chapters (ex: ZL acts like he's giving up on them and then like a chapter later he's chasing after YBH whose leaving the capital). Zong Luo also ruminates a couple times on how he's the prince, he can't be in a gay relationship (for heir reasons), but it's really a nonissue that just gets forgotten/brushed aside and is never really talked about again. Lastly this never bothered me but might ended up a problem with some; without spoiling anything the emperor basically favors Zong Luo over all his other sons, he has favorites. I know modern day thinking is "you should love your children equally" but you gotta remember he's also picking the heir to the throne, which is something everyone single one of them wants (except Zong Luo) but instead of bettering themselves and working for the throne they scheme to take out the competition or just act incredibly spoiled thinking the throne is going to be theirs in the end. In that sort of situation and the fate of an entire empire at stake, I don't think its unfair to have preferences. Overall I really enjoyed this story, the characterization was pretty solid and I honestly loved how it was more family focused than what it seems like in the summary. If you're not into court politics or family drama, you might want to save this one for another day because I'm not lying when I say the romance is honestly a subplot/background event until like the last 50 chapters. Stuff happens here and there but the story gives the most focus on the emperor and Zong Luo's misunderstandings and getting answers for questions in the past life. <<less
9 Likes · Like Permalink | Report

I like this novel. Can't wait this fully translated. Also, thanks for the translator to chose this beautiful novel. I really love when ML is crazy dog. This novel's ML is very alike "I rely on my beauty to build country" novel's ML to me. So if you like crazy dogs then read it. Kk also. This novels background world building is deep but not that deep. So its just my cup of tea. ... more>>
Spoiler

its our protagonist's third life. And ML is his junior brother. Crazy dogxClean cold MC I guess. If you love this type. Read it

[collapse]
Sorry for my English. Im kinda bad at English so... Hope someone review this more nice than me. <<less
8 Likes · Like Permalink | Report

Hmmm I have very mixed feelings for this novel. The starting of the novel is realllyyyy slow and verbose. We can't go a few paragraphs without the MC repeating himself about his past life or transmigration or a description of how beautiful the MC and ML is. It's very unnecessary and I had to skip so many of these parts because it's too repetitive. The middle of the novel is where that plot picks up and we start getting plot twists. Unfortunately, more than half of them are easily predictable, so... more>> it wasn't really that engaging for me. Oh boy, the last part of the novel, though, sure hits hard. The romance finally picks up and the plot twists are finally something unexpected. Certain scenes were powerfully written and tugged at my heartstrings. Family love is a theme that is highly emphasised here and is portrayed extremely well Characters aren't one dimensional, but I can't say they are extremely well-written as well. Certain side characters get build up but weren't utilised well. The MC and ML are unnecessarily obstinate, all for the dramatic 'enemy to lovers' characterization. If you're looking at the enemies to lovers trope, the writer's other work 'Thriller Trainer' definitely did a better job in my opinion. TLDR; All in all, I would say it's okay for a leisure read but don't get your expectations too high up. Premise of the story is extremely interesting, but the execution is lacking. It's a case of having to wade through murky waters to reach gold <<less
4 Likes · Like Permalink | Report

I have read it to the end and this is one of the books that I highly recommend (for consideration, I am a picky person and get bored quickly when reading books but I managed to finish this one). This book is well written. Well-written characters, and a PLOST TWIST AT THE END!! I was shocked and had to digest it all and finally it made sense from the start. You will be forced to hate someone, but end up regretting it because he deserves the best. While I was... more>> reading it I felt mc's life was too much like a joke and I was also angry with fate cuz fate really played with them. From beginning to end, you will be treated to plottwist, plottwist, and plotwist until you feel is this really the book I read at the beginning? This book is a hidden diamond that I got at jjwxc. Highly recommended! <<less
4 Likes · Like Permalink | Report
Leave a Review (Guidelines)
You must be logged in to rate and post a review. Register an account to get started.