Novel Updates
RegisterLogin
Theme
Search
Your changes has been saved.
Advertisements
By The River of Forgetfulness for Seven Lifetimes

Home >
Novel >
By The River of Forgetfulness for Seven Lifetimes 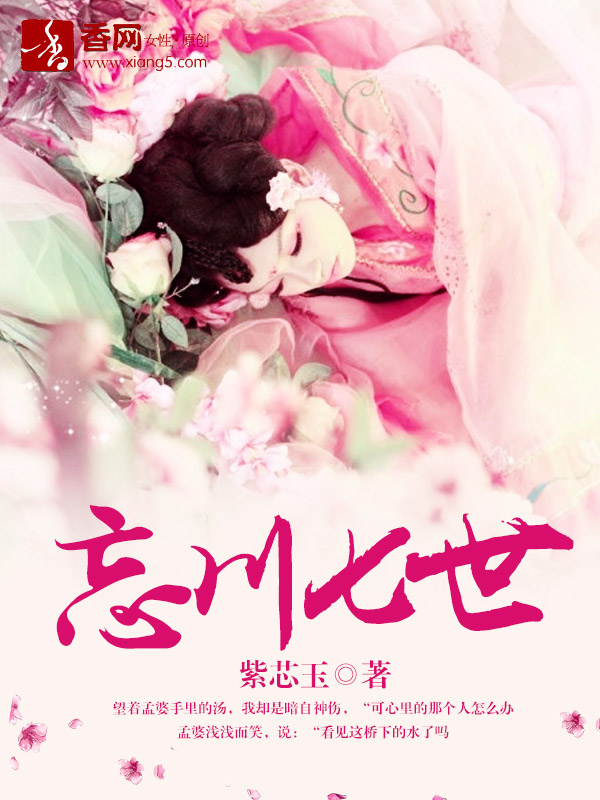 One entry per line
Volare Novels

Between the two sides of that other shore, upon the Bridge of Helplessness.

“Little miss, drink a mouthful of soup. Forget everything. Your next life is a new beginning, without any earthly desires or pain.”

Looking at the soup in Old Lady Meng’s hands, depression rose within me, “But what about that person in my heart?”

Old Lady Meng smiled faintly and said, “Do you see the waters below this bridge?”

“Do you see the stones in the water?”

I was stunned for a moment, “Stones?”

Old Lady Meng nodded, “Go down there and become a stone. Watch the great changes in the world for seven lifetimes. After seven hundred years, you’ll be able to bring your longing with you as you reincarnate into a new life to look for him…”

One entry per line
忘川七世

Sansheng, Wangchuan Wu Shang (4)
Seven Unfortunate Lifetimes, All Thanks to a Single Moment of Impulse (4)
Love Me Again (1)
One Life, One Incarnation – Beautiful Bones (1)
One Night, One Day, One Year, One Lifetime (1)

These are recommendation lists which contains By The River of Forgetfulness for Seven Lifetimes. You should give them a visit if you're looking for similar novels to read. Alternatively, you can also create your own list.
More Lists >>>

This is a story about unrequited love through and through. Rather than writing of a fairy tale-worthy romance, the author teaches her readers a very realistic lesson on moving on and accepting the truth: sometimes, it is better to move on than to yearn for what we never had. I recommend...
16 Likes · Like Permalink | Report

The story is incredibly sad and it really broke my heart when through all 7 lifetimes it was the crown prince that had waited for her, while she waited for someone who didn't share any feelings with her and even wrote his name on her in hope of being with his lover. While the crown prince stayed and waited for 7 lifetimes, and even before in the previous lifetime he knew she wanted to use him, but he still loved her. And maybe just maybe she might have loved him as well.

[collapse]
All in all it's a beautiful story and deserves lots of praise! I will be following author Xinyu from now on! Her books really hit my heart and I haven't read such a sweet heart wrenching story since "Turn Back Time" I look forward into reading her stories.
8 Likes · Like Permalink | Report

Short, bittersweet but still a happy ending! Link to the story is broken but if you google the full title you can find it still. It’s nothing ground breaking or shocking but it does have a slight twist at the end that surprises you. It’s an unrequited love story, but not a necessarily sad one.
5 Likes · Like Permalink | Report

I cry for the male side character that never got the screen time to shine. The poor guy had to suffer through a fake love and even wait for the FL for seven lifetimes without her even knowing his true feelings. My heart breaks for the guy. Why can't I find some one like him in real life?! TT o TT
4 Likes · Like Permalink | Report

This story is SO good. The story is really sad that made me cried and my heart's ache. I hope there's a continuation of this story : ((
3 Likes · Like Permalink | Report

I cried a river... this is so beautiful. It was sad and heart-wrenching. ... more>>
Spoiler

The MC had unrequited love with a man that even until she died, she weren't able to forget about him. She chose to wait for him for seven lifetimes as a stone, but in those period, she realized that the man had moved on and forgot about her. When she chose to stop being a stone and drink the soup, it was then revealed that the crown prince (whom she married in her previous lifetime for the man she loved) was waiting for her as a stone all this time. HE HAS BEEN THERE ALL ALONG WITH HER.

In their previous lifetime, he knew that she was using him, but he still loved her and was willing to die just for her. He gave up his crown prince rights for her.

[collapse]
The MC was so hung up on the man that she failed to realized that there was someone who loved her all along... It was sad because it ended just like that. I wanted to read a sequel for their next lifetime. <<less
2 Likes · Like Permalink | Report

Short but beautiful, when you think love will never find you again, at the end, there really was someone at your side the whole time that loved you fully... And when you finally are able to let go of old bitterness, can you open the heart for that one that only felt pure love and devotion.
2 Likes · Like Permalink | Report

I don't really read short stories, but this one touched my heart. A must read if I must say so myself. My heart broke for the crown prince who waited for the MC through seven lifetimes by her side. I too want a man to love me the way he did her.
1 Likes · Like Permalink | Report

I am not fond of sad endings but this short story likeable. It's too heartbreaking to watch the MC devote her 7 life cycle over a man who've forgotten her and has another woman whom he loves. It's heartbreaking also to watch the crown prince do the same thing as MC and that, the MC failed to realize his love and devotion. He waited all this time for her. 😭😭😭 Wiuld love to see another ending like both of them gets to be reincarnated and falling in love with each other.
1 Likes · Like Permalink | Report

Sniff. Beautifully written. Awesomely translated. Loyal and and a beautiful hearted cp; I have high hope for you still.
0 Likes · Like Permalink | Report

This, is just awesome the twist at the end is just.. the end really made my heart ache which was bad since my heart was broken at the time (and still is) and I needed fluffy stories to cure it, but nope I made it worse instead... (Good Job Me...)
0 Likes · Like Permalink | Report

I've read all the author's other short stories as well. I think this was the best one in terms of details and pacing. There's just enough to give you a punch in the gut when the final twist/reveal happens, but not too much beyond what it is: a tragedy oneshot. (The author's other stories were nice, but not very memorable because they were just too sparse and predictable.)
0 Likes · Like Permalink | Report

This story was sooooo good and it made me cry. It was heart breaking and emotional in all the right ways and I was sad that it ended so soon... it was certainly a well written short story!
0 Likes · Like Permalink | Report

Um, let me just say this first: as a short oneshot, it is a decent read. So, I gave it a 3/5. But it is no where.. THAT good. It is a tragedy, yes. But on the whole, there really isn't much in this to make you emote. You get to now what the actual tragedy is in the ending, so this is kind of like an authentic tragedy. So, I would say you can try it. But it is just an ordinary tragedy, in the scale of tragedy.
0 Likes · Like Permalink | Report

This is the story of regular time traveling MC that shows what would happen if the MC always stay loyal to the past life love and never love the one who deserve happiness. Beautiful written short story but spoiler alert it will leave you heartbroken and a little angry to MC for being blind
0 Likes · Like Permalink | Report

It's a short bittersweet short story about unrequited love. The love presented here is both enduring and stubborn. Even though she is quietly suffering from her own love, the leads still can't help but love and watchover. I really hope the leads end up together!
0 Likes · Like Permalink | Report
Leave a Review (Guidelines)
You must be logged in to rate and post a review. Register an account to get started.