Novel Updates
RegisterLogin
Theme
Search
Your changes has been saved.
Brother Next Door, Don’t Sleep On My Bed

Home >
Novel >
Brother Next Door, Don’t Sleep On My Bed 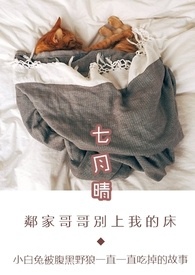 One entry per line
七月晴

Status in Country of Origin. One entry per line
Completed (269 Chapters)

My older brother next door was two years older than me, with handsome looks and good grades. Which is why my Mom then asked him to tutor me.

But whenever I did something wrong, he would punish me. And when I did a good job, he would reward me.

In the end, what should I do, woo…

A story about a little white rabbit being eaten by the black-bellied wolf all the time.

One entry per line
鄰家哥哥別上我的床

These are recommendation lists which contains Brother Next Door, Don’t Sleep On My Bed. You should give them a visit if you're looking for similar novels to read. Alternatively, you can also create your own list.
More Lists >>>

Okay! Since I've read chapter 1, I just couldn't sit still and decided to mtl the raws. And I have to say, it is so sweet and fluffy!!! (≧∇≦) b I honestly thought that it was just going to be just all snu snu, but the MC and the ml's interaction are quite cute! Especially with how the ML treats her! I felt like they were overfeeding me with too much dog food to this single dog (´；ω；｀) I also wasn't really sure about their ages. I think our MC is... more>> studying for highschool entrance exams, so probably 15/16? Then that means the ML is 17/18? The ML treats her with utmost care with bits of (͡° ͜ʖ ͡°). The MC is really naive with (͡° ͜ʖ ͡°) so the ML teaches her little by little.
Spoiler

So basically, they both liked each other but they both didn't know. The ML would...I don't know how to describe this..."touch" her while she's asleep (touch dem titties and kiss her). When her mom hired him as a tutor, that was when he would "punish" her and such. After they finally had snu snu, I guess that was when they became a thing

Then, it just became about their daily lives and love rivals (MC x ml, guy who likes MC x other girl, ml's sister x her teacher/tutor?), as well as their futures (college and highschool). So cute uwu

As much as I love this sweet story, there are cons which I didn't address before.

-❴Our MC is not the brightest of the bunch❵ So yes, she is cute, but she's really naive. Like she doesn't know about her body fluids after the climax and such. It doesn't really bother me much, but at least she's not as s*upid as some other MCs in smut stories

-❴ Consentual touching?❵ So I did mention that he touches her when she's asleep. Well, most of the time she pretends to be sleep, and she lets him touch her. I was a bit weirded out, even if it was her crush. Now, the ML also notices that she's awake most of the time, but he still touches her bc she didn't say anything about it. Yikes. But I pretended that none of this happened in the story, well, since this is a smut story.

I guess the story is cute. It's a lil iffy that the ML tries to advantage of Fl's naivety to have s*x with her but otherwise their relationship was cute. The ML genuinely loves the FL and takes good care of her. The FL is a bit annoying with how dense she is but I tried ignoring that. My main problem lies with the extra which covers the Ml's younger sisters story. Honestly dont bother reading it, the ML of that story sucks. ... more>>
Spoiler

I'm not a person who's bothered by teacher -student relationships in novels so I dont have a problem with the ML being her teacher, I just dislike how he treats her. Just because she actively pursues him, it gave him the impression that she's experienced with s*x thereby it made her a sl*t in his eyes. I hate the concept that women have to be pure and docile. That's why I love the sister because she's knows what she wants. But the ML is the typical stone cold character which I'm kinda tired of reading about, since its such an overused troupe.

Usually one thing I dislike about stories where the girl chases the guy is that the girl never has any respect for the guy's personal space and boundaries and that they have no self respect either. So the ML's annoyance towards the FL is understandable. I just dislike the fact that one of the main reasons why he wont let her get close is because he thinks shes a sl*t. Even after they get together, I cant really tell whether he likes her or not. Honestly it seems like he just likes having s*x with her. I dont understand why the FL likes him and is fine with him being so cold to her.

[collapse]
So I suggest you to not read the extras. <<less
16 Likes · Like Permalink | Report

It was cute and hot at the time. A really enjoyable smutty read. Especially when the FL starts to get naughty *nosebleeds* The beginning is dubious with consent. And that's the reason why I'm docking a star. I wish the ML seduced the hell out of the FL and she just couldn't resist not touching him *sighs* Otherwise, it was a really enjoyable read. I'm gonna come back later for the side stories when our dear translator has finished. (Up till chapter 53 is the main)
3 Likes · Like Permalink | Report

I didn't read the extras. Main story was good. If you ignore the smut it was cute and fluffy story of childhood sweethearts and scenes like... more>>
Spoiler

studying together, doing homework together, riding the bus together, helping in class when accused of cheating, protecting from accident and taking care in hospital all sounds like a perfect cute fluffy and romantic story. You just need to ignore the smut that happens after every of these romantic scenes.

[collapse]
Some were upset due to dubious consent at the beginning because FL didn't know what all these adult stuffs were but she didn't hate them and even liked it. And after she searched the internet and knew what they were doing she was even happy and looking forward to. Infact she is the one who is proactive. And ML also doesn't go on without her permission (which is implied not expressed) and makes her feel comfortable and enjoyable as much as possible and he is also devoted towards only FL. And some are concerned that they are both minors. But that's not really a big deal, after all average age of first s*x of most people is teenage. And they don't have a big age gap too. ML is also 18 and FL is 16. <<less
2 Likes · Like Permalink | Report

For a smut novel, it's been pretty ok.
Spoiler

The consent part is a bit sketchy between both parties. But who cares lol, it's a smut.

Its a nice smut. A few annoying moments, basically my peeve with sly characters x idiot characters. But over all, a good past time read with simple characters in good 'ol wholesome (atleast) smut relations. Also, waiting for Xu Chen extras.
0 Likes · Like Permalink | Report
Leave a Review (Guidelines)
You must be logged in to rate and post a review. Register an account to get started.