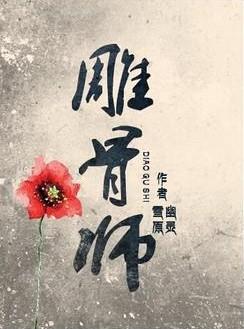 Status in Country of Origin. One entry per line
Completed (131 Chapters + 1 Extra)

She is a bone sculptor, also known as a bone refiner. In her hands, bones can turn into a vessel, tool, accessory, or a powerful weapon with a bone spirit. She is a skeleton; capable of pretending to be dead, frighten ghosts, kill monsters, seduce humans, and stabilize the crowd.

An Yi: I am the Skeleton King.

Milos: My mission is to push down the skeleton king.

These are recommendation lists which contains Bone Sculptor. You should give them a visit if you're looking for similar novels to read. Alternatively, you can also create your own list.
N/A

The MC is a former human transmigrated into a skeleton with bone carving powers. She can endow bones with utility powers like "freeze" or "fly" among other things and can also resurrect dead creatures like a necromancer. She starts out kind of weak and works her way up the power levels until she can blow starships out of the sky.

The core conflict in the story is between the invading humans and the native beings of the uncivilized planet she transmigrated to. MC tries to strike a balance between preserving the vitality of the planet while also protecting human life, which is also a struggle between her old identity as a human and her new identity as a skeleton lord.

There are some difficulties navigating the emotional landscape of her new existence because she no longer has human needs like, lust, hunger, sleep etc. She comes off as unfeeling about everything other than bone carving but is also very compassionate and tries her best to protect life, whether it be the native life forms or humans, especially ML1, who I can tell you right now does NOT deserve it.

Of course, she doesn't mind killing when it needs to be done.

The MC was cute, unfortunately, neither of the MLs appealed to me, and yes, there are two. It blindsided me because when I started reading, this did not have harem tag and I tend to avoid those. At that point, I was already halfway through the story and thought, well shit, I might as well finish? About ML1:
Spoiler

The first ML is human, and like typical scum ML, doesn't really register that he is actually in love with MC until like, 75% of the story is over, at which point I'm like, bruh what were you even doing until now? It turns out you regarded our adorable MC as some sort of pet-like existence? Do you typically lust after your pets? What is wrong with you? And yeah, the fact that you lusted after "your" pet skeleton is really interesting.

First interaction between MC and ML1 set off some red flags for me. ML1 was about to get one-shotted by one of the planet's native life forms when the MC compassionately saves him. So what does the ML1 do immediately after discovering his savior? Maybe offer his gratitude and a minimum of respect reserved for human beings? No, he captures her and steals a tooth from her as a research sample. Because he does not see her as a human being, or even a being worthy of his respect, even though she saved his life.

MC, while kind of s*upid, is not completely brain dead so she runs away at the first chance while ML1 is like, "I'll possess her one day!" [grasps fist dramatically]

This pattern repeats throughout the story where the ML1 benefits from the MC in some way and while feeling entitled to her person, all the while not returning anything tangible to the MC, because the truth is, MC doesn't need anything from him. This lack of dependence threatens ML1's fragile masculinity and drives him to gain power in order to obtain the MC, which he feels belongs to him.

Later, MC gains a humanish body with flesh while losing her memories. At this point, ML1 is concerned with her growing closeness to ML2 so of course the first thing he does is lie to her about being her fiancé and try to brainwash her into his perfect version of her. This later blows up spectacularly in his face.

You see, ML1 never loved MC. He liked her power and the benefits she could bring to him while also low key wanting to f*ck a skeleton. The whole time he interacts with her, even while being attracted to her, he never thought about confessing to her because couldn't see himself being with a skeleton. He only really made a move when she became human, because that fit in with his image of his perceived ideal.

But ultimately this is a story about a Skeleton King, not a Human King. She belongs to the wilderness and the primitive forests. She can't drop everything to go back to his home planet to be a good wife for him. She doesn't need to obtain approval from his family or even the human race in order to marry him. Please sit down ML1.

Well, he eventually goes through a redemption arc and manages to finagle a lasting position as one of her consorts but my opinion of him is lodged firmly at SCUM.

Honestly, the whole time I was reading, I couldn't get a good grasp of what ML2 was supposed to look like. It might be a problem from MTLing. The MC calls him "golden retriever" and he's described as being covered with long golden hair but he's also covered in bone spurs and scales, and has a reptilian tail while being amphibious. (???)

Later he evolves a human appearance to get with the MC and isn't that the sweetest thing? Not that it matters much since they bang while he's in his original form anyway? Cough. MC rightfully prefers ML2 due to this willingness to change for her in contrast with ML1's selfishness in wanting to change the MC to fit with his lifestyle. Overall ML2 is superior to ML1 in terms of how they value the MC.

Okay, he's a proto-humanoid creature with limited intelligence, this shouldn't immediately discount him from the race to be with the MC right? I'd reluctantly agree with you if ML2 respected MC as a proper equal but, sigh. No, I'm afraid not. To him, she is a thing/f*cktoy that he wrestles the ML1 for control over.

There are repeated instances of ML2 ripping the MC apart and trying to take her away or limiting her mobility, mostly to prevent her from reaching ML1 for one reason or another. Well, this doesn't hurt her since she is a skeleton, but that's beside the point. ML2 regards MC as a thing that he can throw around at will. The MC is also to blame for this behavior as she indulges his whims and even lets him use her as a sextoy at one point when the ML2 goes into heat or something.

Two MLs, both disappointing in one way or another.
[collapse]

Both MLs are problematic, but the MC isn't perfect either.

Part of the problem might be that she has no awareness of romantic relationships. There may be two MLs but the entire story is barren of romantic sentiment. Because she doesn't care, she lets the MLs overstep their bounds, allowing them to take liberties with her despite not establishing a real relationship as lovers. For example, kissing, and hugging. In her mind, she is a skeleton and completely incompatible with living beings so all these demonstrations of affection fall flat.

The two MLs may burn for the MC in one way or another but to the MC, their weight in her heart stops at "people I wouldn't mind f*cking if the lighting is right." That's it.

Even in the end, she only gets with them because she needs a successor to her skeleton kingdom. They are glorified sperm donors.

And to me that's fine because I don't feel like either of them deserve the MC.

The novel starts off as exploration of a new world in perspective of a girl that's been turned into a skeleton. She has humanity but is losing her emotions, habits and memories as of a human being. So, she started carving everything she knew of onto the bones.
Spoiler

She meets Melos who brings her to the human population while hiding her identity. She integrates with the humans but soon also finds herself as a guardian of this new planet protecting its life from the hands of exploiters. Melos, who initially wanted to win over the skeleton for the benefits of mankind, soon began to discover the countless amazing possibilities she had as a skeleton. He also realised the difference in their viewpoints. They were trying to plunder the vitality of that planet and she was trying to protect. Her emotions grew colder and colder day by day and her only emotions were left for the vitality of her planet. She grew from a skeleton who knew nothing of the world to a skeleton king who had seen everything of the planet and became its guardian.

[collapse]
The novel has amazing character growth, power building and background. It's exciting too. Btw, there's also a half-beast who's more likable to me than the initial ML.
Spoiler

PS: I kinda wished him to be ML but anyways it strangely ended with both.

The Dance of Mortals and Immortals
Advertisements