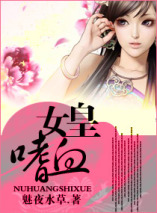 Status in Country of Origin. One entry per line
125 Chapters (Completed)

When she first transmigrated into the body of the Empress, she didn’t care about how strong her cultivation was or what the strength of the country was, but only how many beauties were present in her harem! Although three thousand could get a little chaotic at times, every beauty’s bearing and charms were different! But then why were all of her beauties so temperamental? One wrong phrase and all of them were fighting! My god, and they are martial art experts too? Beauties, take away your hands, don’t lift this imperial palace off from its foundation!

The Corpse Ruler Confuses the World, All Seven Husbands Are Devils (3)
The End Of The World’s Poisonous Mom And Monster Baby (1)
Fenglin Tianxia – Queen with a Thousand Pets (1)
Rebirth: The Journey of a Wife Spoiling Her Husband (1)
Wang Ye is a Demon (1)

These are recommendation lists which contains Blood-Sucking Empress. You should give them a visit if you're looking for similar novels to read. Alternatively, you can also create your own list.
More Lists >>>

I found the summary slightly misleading. The setting of this world is highly matriachal, primarily as females are generally physically stronger than the males, and despite what the summary implies, not all of the MLs are OP martial arts experts and none are stronger then the MC. I feel like I should also warn that this story does have elements and cases of incest and MPreg so be warned! ... more>>
Spoiler

Only 3 of the men could be counted as strong, one is the head of the shadow guards of the MC who later became Ying consort (Shadow Consort), another is a snow fox demon who became Xue consort (Snow Consort) and the last which I can't quite remember the title was already part of the MC's harem before she transversed to this world to completed her soul.

In total, iirc, there are about 8 men who make up the MC's harem, or who the MC's declared is hers, at the end. In addition to the ones above there is also the MC's Empress, the Enchanting Consort who was imprisoned at the start (possibly, MC more or less forgave him towards the end but she hadn't been either intimate or aloof with him), a quiet consort who the MC likes to hear playing the Guqin, a foreign country's prince who was sent as spy to poison the MC but instead fell in love with her enough to abandon his country and again the last one is ambiguous since the MC's feelings for him isn't quite clear... the MC's 'father'. (So yes, a little bit of incest but only to the extent of kissing. The MC has the strongest feelings about him, in my opinion, then the other males but its hard to tell sometimes if they are paternal or something more. In most cases it can be interpreted either way but in some it is distinctly the latter. The only reason he isn't really part of the MC's harem is because he rejected her which made her keep him at a distance. Likewise, his feelings for her is conflicting. He seeks her affection but he himself doesn't quite know if it's because she's his daughter or if it's something else.)

I should also add that this story is technically MPreg, I'm not sure how but it's the males who get pregnant and give birth.

I have to say though the character development of this story, in particular the MC is 5/5. The MC grows from a merciless zombie to a slowly adjusting 'human'. She gains more of what you could classify as humanity over time and with her budding affection and relationship with her consorts. In particular, she went from someone who wanted to kill the Enchanting Consort's and her own child to someone who doted on children, on top of that she went from someone who only thought of humans and her men as food to someone who cares about their well being and mentality, for example when she asked the shadow guard if he was upset at the fact she can never be his alone and has other men, at the end it was even mentioned that she had begun training the men so that they can cultivate as well and possibly ascend to the heavenly realm with her.

Oh and something I thought was interesting was, iirc, before she lost half her soul she actually planned to ascend to heaven and become an imperial consort (probably to the Heavenly Emperor).

Each of the MC's men are too adorable for words.... they each have their own characters and are unique in their own ways. Not all of them are heaven-defying beauties and that's another part of the story I adore, but the MC, while at the end her emotions had yet to reach love for any of them, treats them equally and affectionately. There isn't much harem drama, occassionally one of them might get envious at certain affectionate gestures the MC bestows but in general all the men get along very well. The only drama worth mentioning is Xue Consort's and the little ex-prince's struggles to get the MC to accept them as her real consorts and not treat them as a child (the snow fox is 300 years old and the prince is 16-18? But the MC treats them as children, lol.) It is a bit unrealistic to see how well the men get a long but perhaps its because they know the MC has yet to understand or develop true 'love' or that they view her more as a god to worship and be unable/unworthy/it's impossible for them to bear all her love and affection? Something like that, but they all do truly love the MC and I don't think it'll be long before she returns the sentiment.

This is best novel with strong powerful protagonist. This is similar to corpse ruler confuse the world. I find myself like this novel better than corpse ruler. I like everything about this novel. This is interesting novel with zombie MC transmiggration emperor of female dynasty. She is cool and powerful. My type female MC. Male leads are cute and shy
20 Likes · Like Permalink | Report

I read the raws and all that I have to say is that it's a real Polyandry novel heheheh 8 men wink.... She was ruthless and non feeling from the start cause remember she was a 10, 000 year cultivating zombie lol but she was only half soul when she was a zombie and in order to rise to heaven to be a god or fairy something she needs to have a complete soul... Therefore she transmigrated and found her other half soul in the body of an emperor who is a female... more>> because that era she was in was a female dominated country.... And the important thing to remember that males in this reality and or era gets pregnant lol I don't know how but that's what it is hahaha... And it's a happy ending she in the end develop feelings to each of her husbands, yes all 8 of them and her father in that place lol but only a kiss was done nothing too incest lol.... Btw she gets all of them pregnant yay hahahah ok, I'm done, bye hahaha <<less
1 Likes · Like Permalink | Report

A good read, at first I was afraid of the Mpreg tag but now I'm used to it. The FL is very strong the strongest in the world and her harem learn to know and love her. The MTL was somehow okay even if I'd like a translator to take this novel.
1 Likes · Like Permalink | Report
Leave a Review (Guidelines)
You must be logged in to rate and post a review. Register an account to get started.