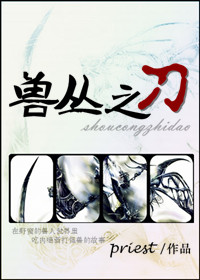 Chang An is a sub-beast who, despite having the talent for the saber, does not have the constitution to support it. And his savior, Hua Yi, is a beastman on the run for his life.

This is a story about how two once innocent children had to grow up in such a cruel beastman world.

Picked up by the Protagonist of a Tormented! MC Novel (1)

These are recommendation lists which contains Bestial Blade. You should give them a visit if you're looking for similar novels to read. Alternatively, you can also create your own list.
More Lists >>>

First I´d like to say a big thank you to the translator! It´s been a while since I found a nice plot. Only 4 chapters in and I´m liking it so far. We have now a general idea of the ML´s personality (which is quite refreshing) but MC is still a child so it´s unclear. This novel is gory, bloody and the setting is in ancient time where humans are divided by beasts/ sub beasts marks. The first chapter begins with a very cruel and bloody scene and the society... more>> MC is in is about the survival of the fittest. This author has produced many quality novels so I´m looking forward to this. I only hope MC won´t disappoint later character-wise. MC is a sub beast but I doubt he´ll be weak since this author doesnt write weak MC´s. If you´re hesitating whether to read this or not, just give it a try, there aren´t many chapters yet anyways <<less
11 Likes · Like Permalink | Report

I'm in love with this novel. I'm a recent convert to the Priest cult, and I'm here to stay.
8 Likes · Like Permalink | Report

If you like stories with good writing, nuanced characters, slightly heavy plot and BL, this is for you. Unlike most beastmen stories, this one isn't focused on the romance of an OP ML and his fluffy cute wifey. It's about two broken young men who rely on each other's strengths to find happiness in an uncaring world. It's setting is unique to what I've read in this genre. Not primitive. It's somewhere between primitive and medieval. Not quite ancient china/cultivation style, though there is some elements like that. You don't get the feeling... more>> that this is an alternate earth or some fantasy realm. It's a unique world with its own history and gods and legends. And these two young men just live in it. I really like it. And the translator is doing such a good job. Highly recommend. <<less
7 Likes · Like Permalink | Report

It's a good one. It's very heavy though. I mean, I felt depressed after reading it. It's intriguing, complex and the characters are amazing. I guess it's because I read it right after Silent Reading and I liked that one better than this one because despite it being about psychopathic criminal cases, I was able to laugh. I thought this would be the same. I mean, I did laugh for a bit there but for the most parts, I still was in a fog. I think it's because the MC's... more>> feelings didn't click with me somehow. He's a very, very strong man and I'm but a lowly human. I felt awed by him as well as chagrined to some extent. So after finishing it I felt like I was so weak as a human. Don't get me wrong, the story is 5 stars. But my weak self introspected too much and felt too humbled. Like when you see the Milky Way belt in the sky and feel that you are such a small person? I felt like that. Damn it. I wasn't prepared for that. The last fight scene and the conclusion of the war... Oof. Priest Goddess, why do you have to make me realize my lowliness? Your character cast is so amazing. I'm not talking just about the MC & ML, even the villain was so crazily OP. Jesus. Silent knife. Just got me so thoroughly =.= Anyway, I prefer the other book only because I'm in denial about my lowliness. You'll know what I mean if you read it. The character isn't OP because of some golden finger. He's just got iron balls. The MC is so strong. I still can't believe it. He's so good. cries. Let me go crawl into a corner and draw circles for a bit. The ML is amazing in his own right. He's a careful and clever little cutie. He was just born in too harsh of a place. I related with him way too much. cries And his reaction to the MC is very much like my own. He felt that he wasn't as good as the MC. And to have that self-awareness makes me like this ML a lot more. How many MLs in BL can admit to themselves that they are not as good as their lovers? Sure, the domineering ones do love them so. But do they respect them enough? I don't think so. So that's why I love the characters in Priest novels. This ML is so shameless. Oof. Well, I like them shameless~ Update:
Spoiler

Ok, most of my whining was because... takes a deep breath... The MC was a premature baby so he has congenital deficiency but he became the first sword master in the world through sheer determination.

[collapse]
I mean, the decisions he made throughout the story makes your hair raise. He's got such tough balls. Oh my God. I don't want to go into details even though it's spoilers but his character and his actions just makes you believe what so many novels fail to depict...One sword against an army. And he just did that for me. So I was in a fog for a while and rambled. Hahaha. But the last fight...I still have goosebumps. MAJOR SPOILER: Read after finishing if you feel like. I just want to gush.
Spoiler

So, in the last fight... The villain wanted to take everyone down with him, but the MC just didn't have it and offed him with one sword strike. Hahaha. I felt like the villain must have sworn to the heavens. He made so many careful plans and was so vicious but still ended up dying to the MC's sword. He wanted to control his death. Even wanted to take everyone with him when he died but too bad. He met the MC. Hahaha. The villain was a person who wasn't happy and didn't want everyone else to be happy and just existed to harm everyone else. These kind of people exist in real life too. Ugh they're so annoying. Anyway, I'm glad he died the way he did.