Novel Updates
RegisterLogin
Theme
Search
Your changes has been saved.
Advertisements
Being Raised as a Baby by the Movie Queen

Home >
Novel >
Being Raised as a Baby by the Movie Queen 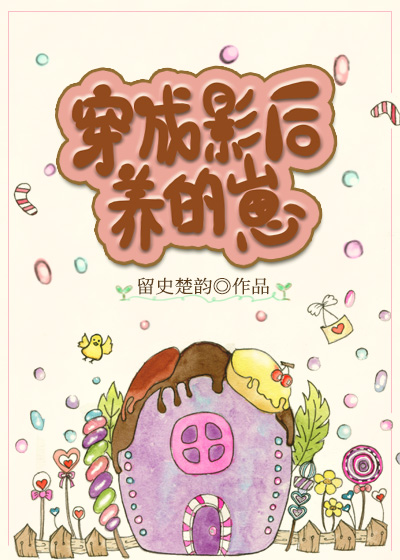 One entry per line
留史楚韵

Status in Country of Origin. One entry per line
70 chapters complete

After Luan Xiaoxiao transmigrated into a popular “Baby Development” game APP, she discovered that she was just a cannon fodder in a lily story.

Now out from the story setting, looking at the cold woman outside the screen, Luan Xiaoxiao said coldly, arms on her hips: “I don’t need you to raise me!”

Looking at the little girl wearing a tattered initial costume on the screen, Xi Zhou quickly uninstalled the APP, but she re-downloaded after three days.

Because the APP was uninstalled, Luan Xiaoxiao was hungry and dazed in the little black room.

On the day when they saw each other again, Luan Xiaoxiao looked at the cold face that appeared in front of her, thumped and knelt on her knees: “Mama, Baby love you, buy a bag of biscuits for Baby!”

Xi Zhou looked at the little girl’s pitiful look and before she could stop, she has bought a lot of clothes and shoes.

Looking at the little girl’s new looks, Xi Zhou, who rarely posted in Weibo, upload a screenshot: My daughter!

One entry per line
穿成影后养的崽

These are recommendation lists which contains Being Raised as a Baby by the Movie Queen. You should give them a visit if you're looking for similar novels to read. Alternatively, you can also create your own list.
More Lists >>>

So basically the MC was pursuing the FL because she loved her (pretty much forced to do so by the "author"), and the FL decided to ruin the MC's reputation completely in public and eventually drove her to death. Now, the MC who has been already abused to death once by the FL is forced to ignore all that and flatter and please the FL as a baby. The story is all about how "cute" their interactions are and how "fluffy" it all is. Vomit inducingly bad, unless you have short term... more>> memory and just forget the premise. <<less
24 Likes · Like Permalink | Report

Interesting start so far. Wonder how long this will actually take and how fast the virtual character will grow up or if the original body will end up being too vegetative before MC can finish growing up. At this moment the novel is still being written so not many other sites grabbed it yet. The translator could translate up to ch 26 before there is the paywall with the original version. Update: It finally finished updating and ends in 70 chapters, just that since it ended by June/July, the other sites still couldn't... more>> grab the last 3 chapters that are VIP locked. Other than the story's "author" having to Deus Ex blur FL's bad impression of the MC (that was also Deus Ex forced onto the MC), the story has that Yuri romance premise. Nice relatively short yuri read and fluff. Too bad it doesn't seem like the translator will get back to translating it anytime soon. <<less
4 Likes · Like Permalink | Report

MC is super cute virtual Baby! FL had wronged MC who loved her dearly back then, and now she doesn't realize that the Baby she's raising is MC whom she hates!
2 Likes · Like Permalink | Report

I have no idea how the author manages to bring up interesting ideas about conflicting emotions, like the MC resenting the FL for her fans' harassment and being trapped in her game but also knowing she did chase the FL before (even though the author was just making her) AND THEN JUST THROW IT ALL IN THE tr*sh. The only half-interesting character is the MC, her family is nice but the FL is a wet paper bag. No personality. No growth. Nothing. This is one of the worst cases of... more>> writing a stand-in for a story role (love interest in this case) and just expecting the audience to like them because they are FL. This novel is just frustrating because not only does it have a very sketchy premise, IT DOES ABSOLUTELY NOTHING WITH IT OR ANY OF THE CHARACTERS. Skip it you aren't missing anything. <<less
1 Likes · Like Permalink | Report
Advertisements
Leave a Review (Guidelines)
You must be logged in to rate and post a review. Register an account to get started.